Harvard Law School will be hosting a “homeschooling summit” to discuss the “child maltreatment” and “educational deprivation” that happens when parents choose to homeschool their children.

The invite-only “Homeschooling Summit: Problems, Politics, and Prospects for Reform” is scheduled to take place June 18-19 and will host speakers from education and child welfare policy backgrounds, as well as academics, policy advocates, and legislators to discuss the “problems of educational deprivation and child maltreatment that too often occur under the guise of homeschooling, in a legal environment of minimal or not oversight.”

“Experts will lead conversations about the available empirical evidence, the current regulatory environment, proposals for legal reform, and strategies for effecting such reform,” the event page reads. (RELATED: Here’s Some Advice For Parents Who Are Diving Into Homeschooling)

Among the features speakers is Harvard Law’s Elizabeth Bartholet, a co-organizer of the event, who has written extensively about the “rapidly growing homeschool phenomena,” which she describes in the abstract for her 2019 essay — a recommended reading material for the event — “as a “threat” to “children and society.”

“Many homeschool precisely because they want to isolate their children from ideas and values central to public education and to our democracy. Many promote racial segregation and female subservience. Many question science. Many are determined to keep their children from exposure to views that might enable autonomous choice about their future lives,” she writes. 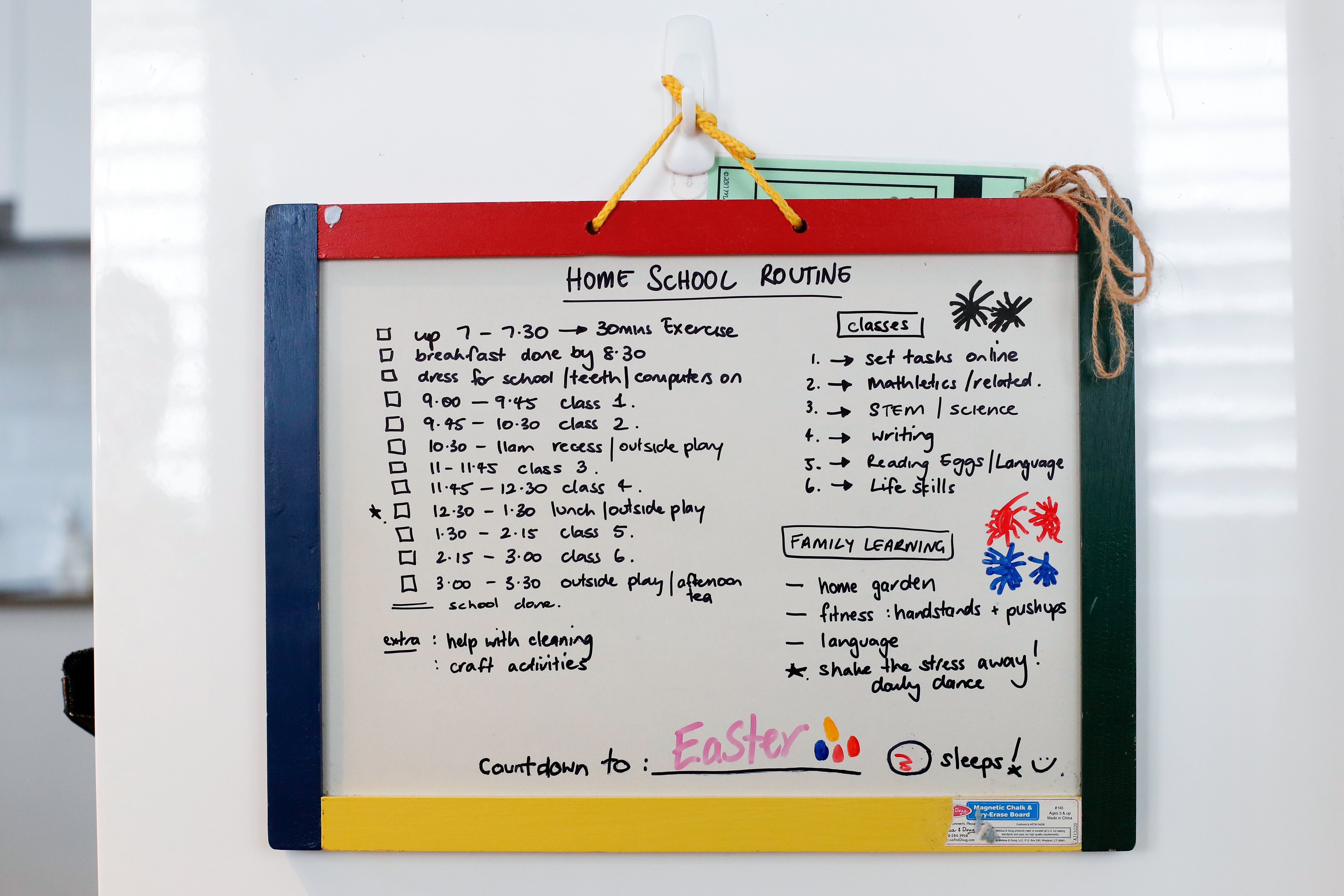 A list of home schooling routine is seen at Donna Eddy’s home on April 09, 2020 in Sydney, Australia. (Photo by Brendon Thorne/Getty Images)

Within the article, she states that “society loses out” when parents homeschool their children, and homeschooled children are not instilled with the “skills needed to participate productively in society as adults through employment” and will grow up “alienated from society, ignorant of views and values different from their parents.”

“Some homeschooling parents are extreme religious ideologues who live in near-total isolation and hold views in serious conflict with those generally deemed central in our society. For example, some believe that women should be totally subservient to men and educated in ways that promote such subservience,” her article reads. She also claims that some people decide to homeschool to “promote racist ideologies and avoid racial intermingling.”

She also emphasizes what her article calls for: “a radical transformation in the homeschooling regime,” a “reframing of constitutional doctrine,” and a “presumptive ban” on homeschooling, with the burden on parents to prove to authorities that they are justified in seeking homeschooling options for their children.

“[This article] recommends a presumptive ban on homeschooling, with the burden on parents to demonstrate justification for permission to homeschool.”

Another speaker is the other co-organizer of the event, Prof. James Dwyer of William and Mary School of Law, who argued in his 2001 book “Religious Schools v. Children’s Rights” that common practices in “fundamentalist Christian and Catholic schools may be damaging to children,” through the “excessive restriction of children’s basic liberties, stifling intellectual development, the instilling of dogmatic and intolerant attitudes” as well as “excessive guilt and repression.” Girls especially risk a diminished self-esteem, the book’s summary says.

He argues that there should be a reorientation of state policy to focus on what is best for children “from a secular perspective.”