After feeling too sick to practice, Reda flew from the Czech Republic to London, Dallas, and then finally Orlando to be reunited with family, according to the Associated Press. Reda practiced in the rain on March 10 and then developed a fever, cold sweats, body aches and a loss of taste and smell.

The Prague Lions, the team Reda plays and coaches for, informed their team doctor about Reda’s symptoms. The doctor said that as long as there was no fever Reda was cleared to fly and that it was probably just a flu. The WHO had just declared a pandemic at that time, and with travel restrictions looming Reda and other foregin players decided to leave.

28-year-old Dylan Reda took flights through London, Dallas, and Orlando to reunite with his family in Florida. He later tested positive for coronavirus and now owes more than $20,000 in hospital bills. https://t.co/5Tz8CyR6NU 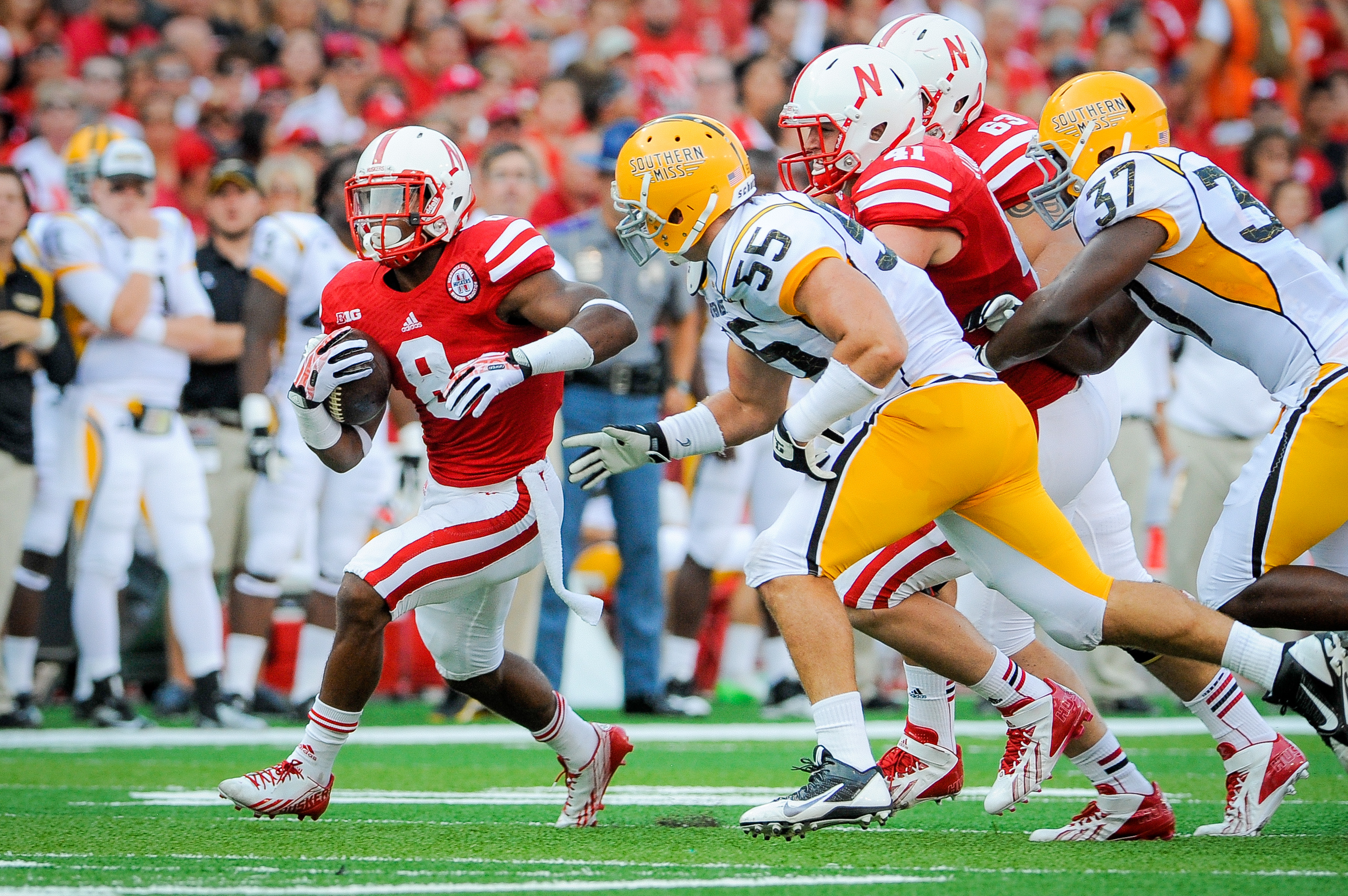 LINCOLN, NE – SEPTEMBER 7: Running back Ameer Abdullah #8 of the Nebraska Cornhuskers runs around linebacker Dylan Reda #55 of the Southern Miss Golden Eagles during their game at Memorial Stadium on September 7, 2013 in Lincoln, Nebraska. (Photo by Eric Francis/Getty Images)

The 6-foot-1, 230 pound linebacker wore gloves and a mask while on his flight. Reda said “I looked like Bane, basically, from the Dark Knight. People were looking at me like I was crazy,” he said. “When I got to Dallas, they took my temperature there and I was 97.5 (Fahrenheit). They said, ‘You’re good.’” A few days later Reda developed shortness of breath and began coughing up blood and went to a hospital seeking treatment. He was diagnosed with the virus on April 1.

Thanks to former @SouthernMissFB player Dylan Reda for sharing his COVID-19 story, from the hospital to his home recovery.

“Take this seriously,” he says, and we hope our fans are also staying safe. #SMTTThttps://t.co/d0Jtw8O6IP

Reda now owes the hospital $20,000 dollars in fees, which he hopes the government will pay according to AP. “That will obviously put us in a little bit of a bind,” said Reda.

1
'Mommy And Daddy' Escort 'Antifa Kid' Suspected Of Kicking Off Riot To Turn Himself In
US
2
Seattle Councilmember Says She Can’t Figure Out Why ‘Looting Bothers People’ When People Are 'Dying Every Day'
Politics
3
STONE: Now That I'm Ungagged, I'd Like To Say A Few Things About My Prosecution
Opinion
4
Ben Sasse Goes After Trump For 'Photo Op' Outside St. John’s Church — Says He Held Bible As 'Political Prop'
Politics
5
Florida Sheriff Cautions Rioters, Says He Encourages Citizens To Defend Their Homes With Guns
US