Ernst said in Jan. 2019 that she is a survivor of sexual assault and domestic assault after court papers from her divorce became public. She told the Daily Caller that the additional funding requested in Monday’s bipartisan letter is “absolutely necessary” to help victims, noting that her history is part of why she feels “very strongly” about the issue.

“I feel very strongly about this,” Ernst told the Caller. “I believe it is absolutely necessary … At this point in time, when people, if they are not going out to a regular job, they’re confined in their home or apartment with an abuser – things are worse.”

“We really, really really need to do something to assist some of these survivors and get them away while we have the opportunity.”

The Iowa senator joined Democratic Sens. Amy Klobuchar of Minnesota, Kamala Harris of California, Bernie Sanders of Vermont and many others in Monday’s letter. The letter urged “future legislation” addressing the coronavirus to provide “funding to support victims and survivors of domestic violence and sexual assault.”

“[This is] a bipartisan issue,” Ernst said. “And I think this is an area that we can largely agree on. We are seeing significant challenges in this phase, whether it’s the shelters doing the intakes or the hotlines, which are now operating out of, you know, individual homes.”

The letter pointed out that “in communities across the country, local law enforcement agencies are receiving an increased number of domestic violence-related calls.” It added that “for many, home is not a safe place.” 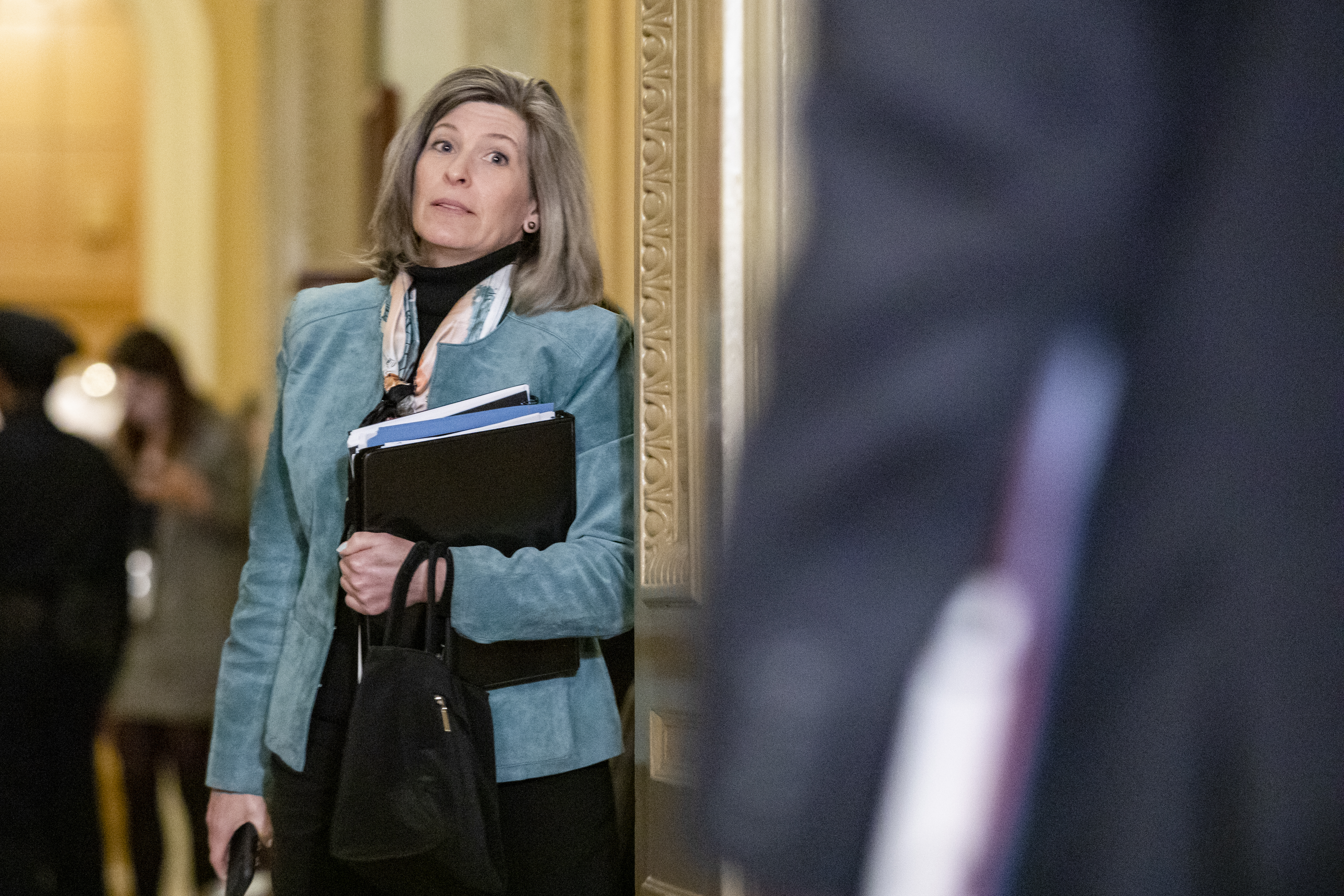 Senator Joni Ernst (R-IA) leaves the Senate floor after the Senate impeachment trial of President Donald Trump was adjourned for the day on January 24, 2020 in Washington, DC. (Samuel Corum/Getty Images)

The bipartisan letter also noted that “historically, instances of domestic violence have increased in times of national crisis.” It requested future legislation to include at least $100 million for the Sexual Assault Service Program and at least $40 million to Violence Against Woman Act (VAWA ) Transitional Housing Assistance Grants, among other items.

“That $40 million is really really important as well because in rural states like Iowa or rural areas, we have very very few shelters. And, in speaking with the shelter folks the other day, they still, when they’re doing intakes for women and children, they still have to do the social distancing, so they’re not able to house as many clients in their shelters as they normally would.”

“The dollars can be used then for hotel rooms, apartments and making sure that you can get families into those types of situations where they’re safe – not only from an abuser, but also safely housed from COVID-19.”

The Coronavirus Aid, Relief, and Economic Security (CARES) Act did provide $45 million for domestic violence services, the letter noted. It also provided $2 million in funds for the National Domestic Violence Hotline. Ernst supported these measures in the bipartisan relief package.

“While this funding provides critical resources, the legislation did not include any additional support for sexual assault or domestic violence-related programs funded through the Department of Justice,” according to Monday’s letter.

“These programs deliver essential support that is particularly needed at this time, including support for sexual assault service providers, law enforcement, and transitional housing programs, as well as for organizations that address the needs of communities of color and underserved populations.”

“Understanding the dynamics that our survivors have is very different than a normal family,” Ernst added while noting her history with the issue. (RELATED: Joe Biden Releases Plan To End Violence Against Women Days After Fundraising With Alleged Women Abusers)

This letter follows a call from Ernst April 6 directed at the Internal Revenue Service (IRS) to ensure that domestic violence survivors could receive their COVID-19 relief payment no matter where they currently reside.

“Senator Ernst has spent considerable time and energy having conversations, asking questions, and getting to know Iowa’s victim service programs,” Beth Barnhill, Executive Director for the Iowa Coalition Against Sexual Assault, said in a press release.

“We so appreciate the commitment the senator has made to better understand how survivors are coping with the chaos of these unprecedented times, and how we can work together to come up with concrete solutions to meet the diverse needs of survivors and the programs that serve them.”