President Donald Trump said during a Tuesday cabinet meeting that he is considering a travel ban on Brazil after the country reached the third-highest number of coronavirus cases in the world.

“We hope that we’re not going to have a problem,” the president said, noting that in Florida, which has the largest population of Brazilian immigrants in the country, Governor Ron DeSantis was doing “very well” with testing.

“I worry about everything,” the president said when asked if he was concerned that Brazil would bring their cases to the United States. “I don’t want people coming in here and infecting our people.”

“I don’t want people over there sick either, we’re helping Brazil with ventilators,” Trump said. “Brazil is having some trouble, no question about it.”

Brazil has the third-highest number of confirmed coronavirus cases in the world, ranking behind only the United States and Russia according to the BBC. They have more 250,000 confirmed infections and the sixth-highest death rate in the world. (RELATED: Brazilian Official Pictured With President Trump Tests Positive For Coronavirus)

Brazilian President Jair Bolsonaro chose to minimize economic disruption rather than impose strict lockdowns, the BBC reported. Health Minister Nelson Teich criticized the policies, which led to his resignation earlier this month. However, many Brazilians have welcomed the approach. The president has attended some of the anti-lockdown protests that his supporters organized. 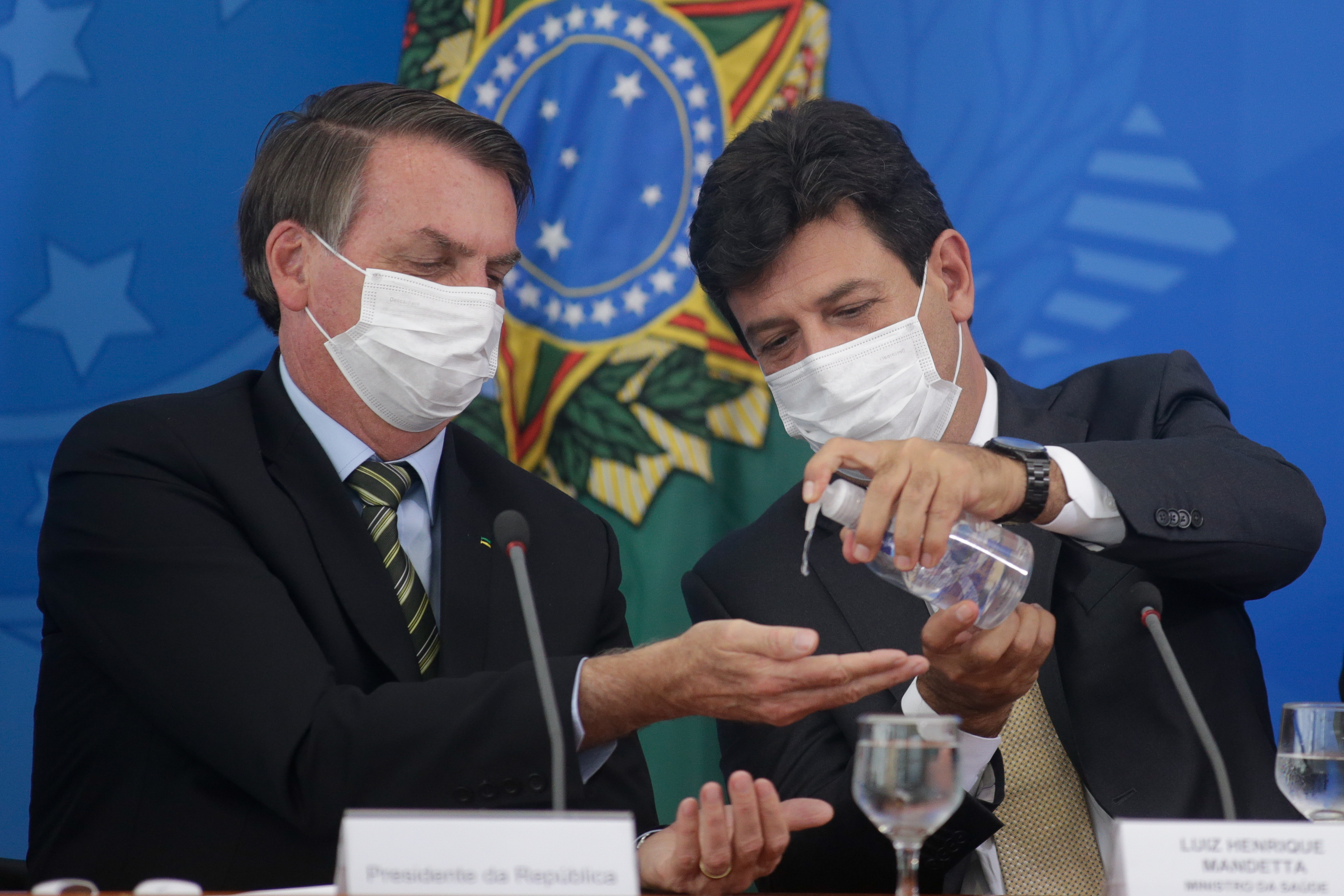 Brazil is rapidly catching up to Russia and is on its way to having the second-highest number of cases in the world. On Monday, Russia reported 8,000 new cases Monday, and Brazil reported 14,300, meaning Brazil will have a higher number than Russia in around 10 days, Forbes reported. They reportedly have a low testing rate of fewer 3,500 people per million.

President Bolsonaro has described coronavirus restrictions as “scorched-earth” policies, saying in March that “our lives have to go on. Jobs must be kept. We must get back to normal,” according to the BBC report.

“With my history as an athlete, if I were infected with the virus I would have no reason to worry. I would feel nothing, or it would be at most just a little flu,” he added.