A former career U.S. Marshall who won a $4 million discrimination lawsuit in 1998 tells the Daily Caller that he believes law enforcement needs to be totally reformed following the death of George Floyd.

According to Matthew Fogg, law enforcement is as racist now as when he entered it in 1979. He was removed by a superior from a high-profile case in 1985 for, he alleged, racially motivated reasons. He sued and a jury awarded him $4 million in 1998, which number was later reduced upon appeal.

“Policing is about statistics,” Fogg said, going on to note that he thinks racism infects all areas of policing. He argued that the system is still racist partly as a result of performance metrics.

To justify a bigger budget and more manpower, law enforcement needs to increase arrests. Fogg told the Caller that’s easiest to do when law enforcement focuses on the African-American community.

“Everything has had a disproportionate effect on African Americans,” he said. “You cannot be a black command officer without selling out to someone.” 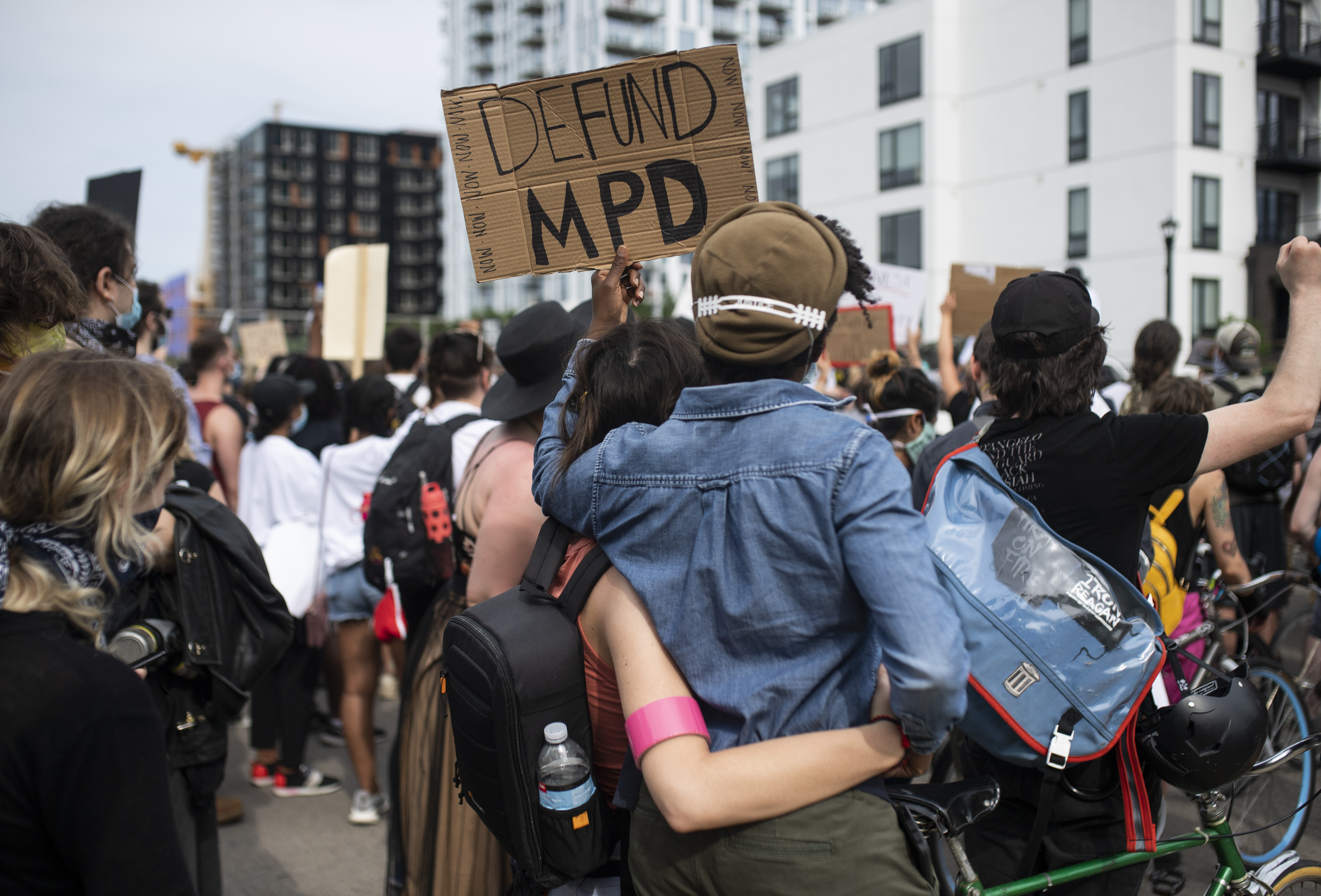 MINNEAPOLIS, MN – JUNE 6: Demonstrators calling to defund the Minneapolis Police Department march on University Avenue on June 6, 2020 in Minneapolis, Minnesota. The march, organized by the Black Visions Collective, commemorated the life of George Floyd who was killed by members of the MPD on May 25. (Photo by Stephen Maturen/Getty Images)

“Decisions made ethically and based on facts, and being true to my beliefs, are how I lead. I think it is wholly possible to be a black leader without selling someone out. As a leader, every decision I make is based on an assessment of this issue through a procedurally just lens. The decisions I make are not always easy and do not always please everyone. That does not mean that anyone is ‘sold out.'” (RELATED: Three Cops Present At George Floyd Killing ‘Complicit’ In Floyd’s Death, Chief Says)

Fogg said he was never taught the move which contributed to the death of George Floyd while in the custody of former Minneapolis police officer Derek Chauvin. He told the Caller he does not know anyone else in law enforcement who was trained to use it, either. 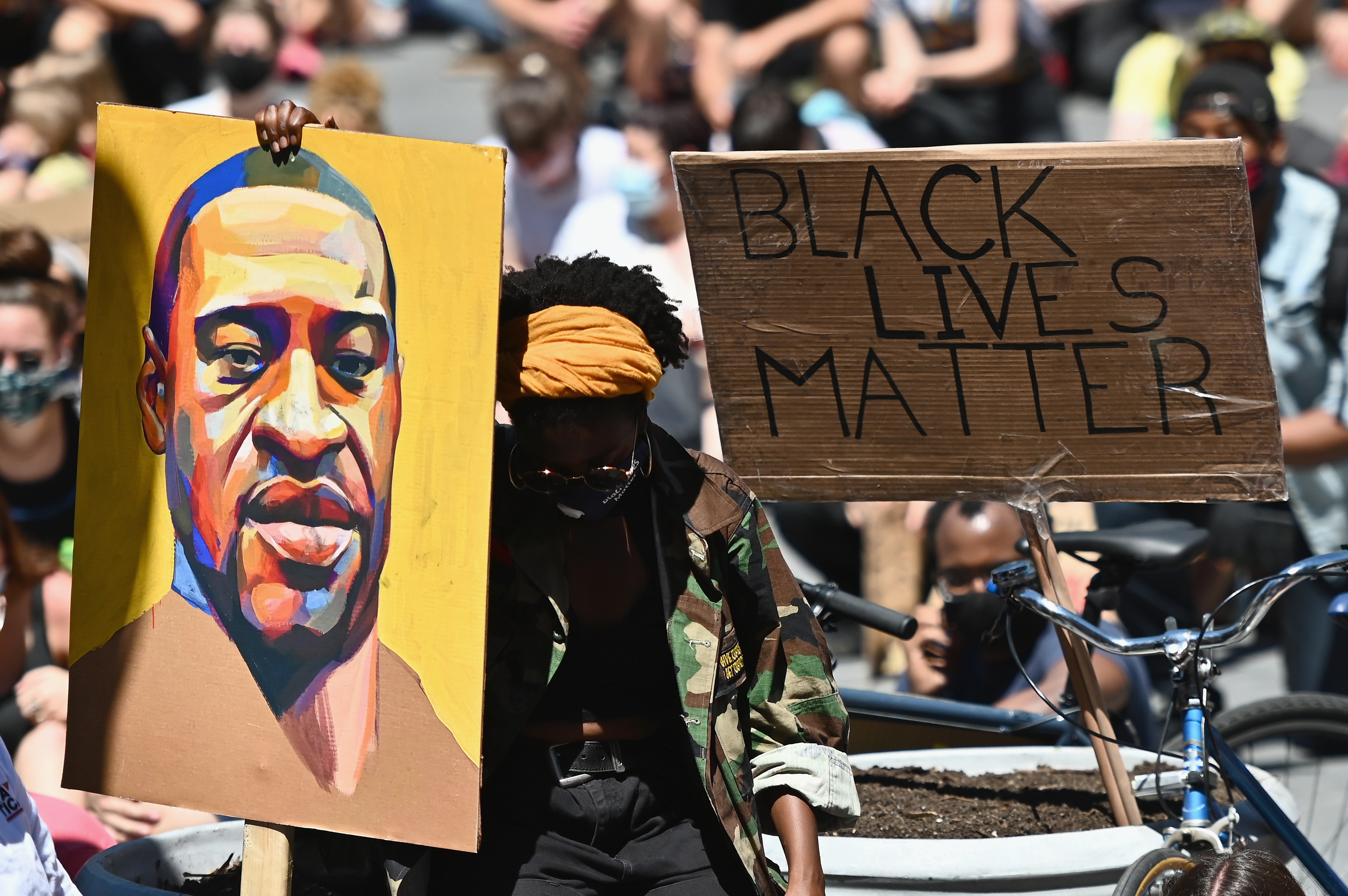 TOPSHOT – Protesters hold up signs during a “Black Lives Matter” protest in front of Borough Hall on June 8, 2020 in New York City. – On May 25, 2020, Floyd, a 46-year-old black man suspected of passing a counterfeit $20 bill, died in Minneapolis after Derek Chauvin, a white police officer, pressed his knee to Floyd’s neck for almost nine minutes. (Photo by ANGELA WEISS/AFP via Getty Images)

Fogg argued, however, that Chauvin pressing his knee to Floyd’s neck for as long as he did suggests that the move is widespread. He said Chauvin could only feel confident keeping his knee there for so long if it was commonly used.

“[Chauvin] had a look in his eyes,” Fogg told the Caller, describing his interpretation of Chauvin’s intentions during the now-ubiquitous video of Floyd’s arrest: “‘I don’t need a rope. I can just use a knee.'” (RELATED: $1 Million Bail Set For Officer Charged With Floyd’s Death)

Fogg said he believed something similar to witness protection should be made available to those who blow the whistle on police corruption, particularly those who attempt to address systemic racism. He also said all law enforcement officers need to be subject to “consistent external review, constant reviews at least once a year, especially over informants.”

He told the Caller he supports an end to qualified immunity, a policy implemented in an attempt to improve policing. Qualified immunity protects law enforcement officers from most lawsuits. He does not, however, support the recent motion to defund the police.

“You gotta have police,” Fogg said, before adding, “Request extreme and you’ll get somewhere in between.”

Fogg told the Caller that one thing people should not do is chalk police corruption up to a “few bad apples.”

“The moment you say you’ve got a few bad apples, then the public cannot trust who’s pulling which apple,” Fogg told the Caller. “Your behavior is complicit, which makes you part of the crime.”