Islamic militants in northeast Nigeria slaughtered at least 81 people in an attack on a village, a Nigeria military spokesman said.

Boko Haram has burned mosques, attacked military outposts, slaughtered tens of thousands, and displaced more than 3 million people in the past ten years, the publication reports.

“The Nigerian Army is committed to investigating the circumstances of these callous attacks by desperate Boko Haram criminals and the bandits on innocent civilians,” Musa said. 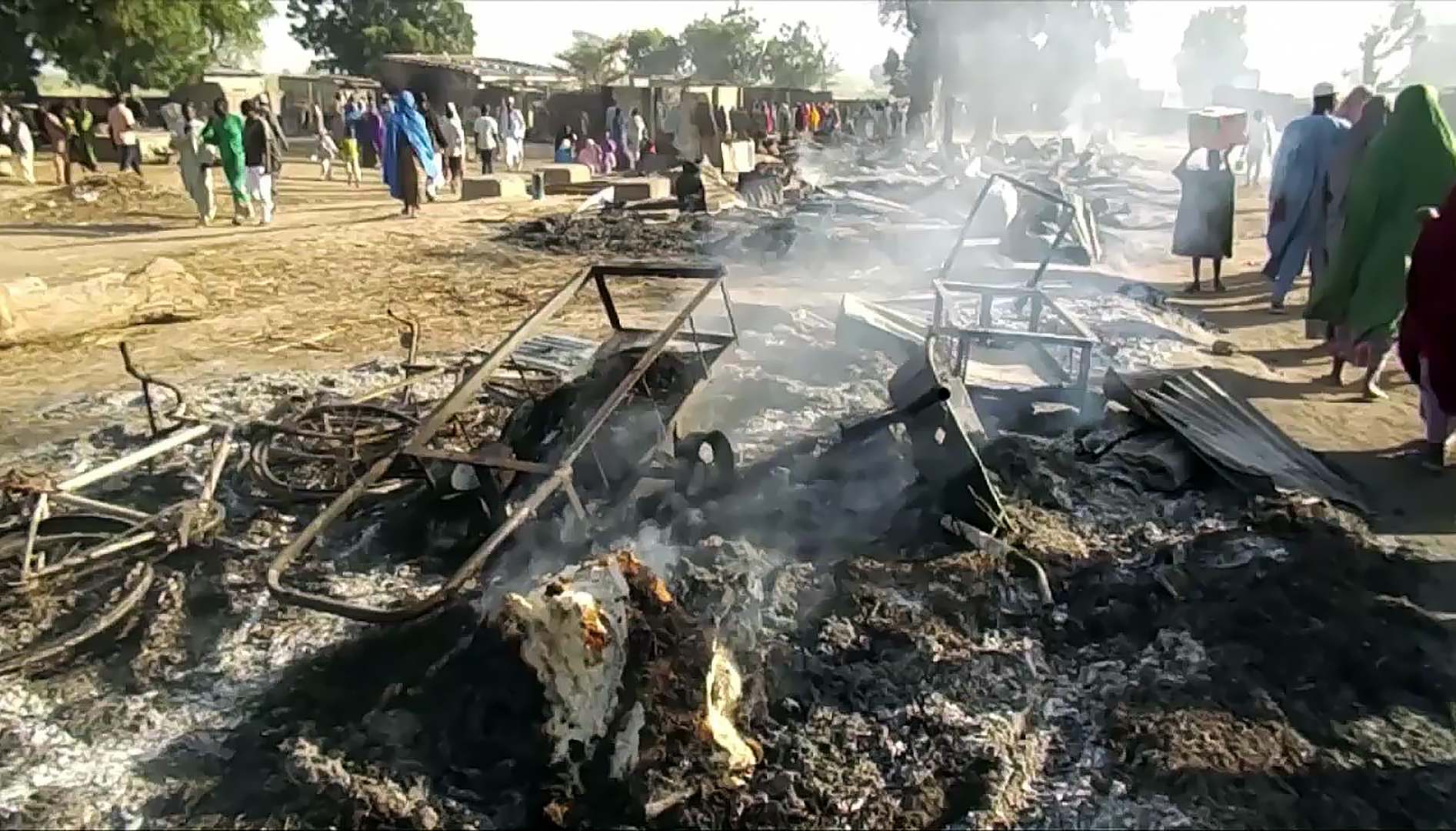 Smoldering ashes and charred items are seen on the ground in Badu near Maiduguri on July 28, 2019, after the latest attack by Boko Haram fighters on a funeral in northeast Nigeria has left 65 people dead. (Photo by Audu Marte / AFP) (Photo by AUDU MARTE/AFP via Getty Images)

At least 81 people were killed during the attack on the Nigerian village, the Borno state government said in a statement Wednesday, noting that residents said that the militants arrived in trucks filled with guns and with armored tanks.

Seven people were abducted from the community, including children and women and the village head, according to CNN.

“They gathered us and said they wanted to deliver religious sermon to us,” one unnamed villager told authorities, the publication reported. “They asked us to submit whatever arm we had. Some villagers gave up their … guns, bow, and arrows.

“Suddenly, they started shooting at will. Even children and women were not spared, many were shot at close range,” the man said.  “We have buried 49 corpses here while another 32 corpses were taken away by families from the villages around us.

He added: “The insurgents abducted seven persons, including our village head. They went away with 400 cattle.”

Former district head Zanna Gubio, who told CNN that he transported some of the victims to the hospital, said that the village herders were feeding their cattle when the militants came and told them to leave the fields.

“My people were feeding their cattle when Boko Haram ask them to gather together, and then they started shooting them, they burial lasted for the whole night to the early hours of this morning,” he said.

The Turkish Foreign Ministry condemned the slaughter of the villagers in a statement, saying: “We are deeply saddened by the terrorist attack that took place in Borno State of Nigeria, on June 9, 2020, claiming many lives and leaving several injured.”

“We condemn this heinous terrorist attack. We wish Allah’s mercy upon those who lost their lives, speedy recovery to the injured and offer our sincere condolences to the people and Government of Nigeria,” the statement added.

Republican Nebraska Sen. Ben Sasse also condemned the attacks, saying in a Thursday statement: “The world’s fight against violent jihad must continue. The savage massacre of over 80 innocent Nigerians — including children and women — by Boko Haram is pure evil. The United States and our allies should destroy these bloodthirsty killers.”