President Donald Trump delivered a commencement address to the graduating cadet class of the U.S. Military Academy at West Point on Saturday, with graduates spaced six feet apart and no parents in attendance.

The socially distanced graduation took place on the historic West Point Plain Parade Field on Saturday morning, with the coronavirus forcing more changes than just the six-foot space between chairs. Rather than receiving their diplomas in-person and shaking hands with the president, graduates stepped forward to exchange salutes with Trump and West Point Superintendent Army Lt. Gen. Darryl Williams when their names were called. Friends and family members also viewed the graduation online.

Trump said the officers were now joining the ranks of a force “who sent tyrants, terrorists and sadistic monsters running scared through the gates of hell.”

“No evil force on earth can match the noble power and righteous glory of the American warrior,” Trump said. 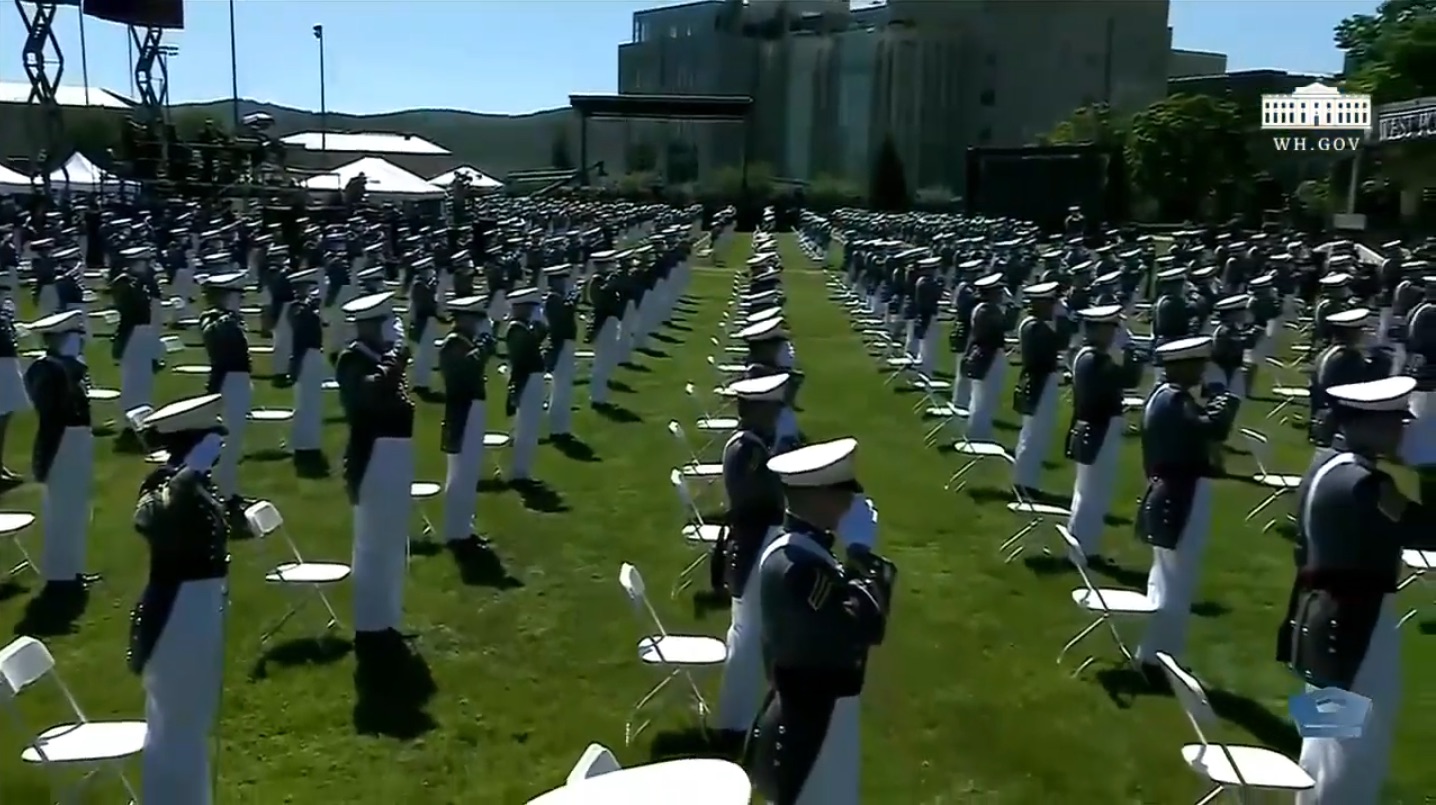 Trump also took the opportunity to lay out his goals for the military, saying the army’s mission is not to be “the police of the world” or to solve ancient disputes in far away lands.

The ceremony also commemorated the life of C.J. Morgan, a class of 2020 cadet who was killed in a training accident in 2019. Morgan’s father, Christopher Morgan, is a Secret Service agent and was in attendance.

Williams’ address also focused on West Point’s history and urged graduates to live up to the name as they move into new roles. (RELATED: STUDY: Grit Is The Most Important Factor For West Point Cadets)

“In our great army there are soldiers awaiting your arrival right now wondering if their lieutenant will be worth following. Their loved ones wonder if you will care for their soldier. Your character and leadership are essential for answering those questions,” Williams told the graduating officers. “Be the officer worth following and take care of your soldiers and their families.”