A former Pentagon analyst who alleged that his journalist girlfriend pressured him into sharing classified information with her in order to help her career was sentenced to 30 months in prison on Thursday for leaking top secret materials.

Henry Kyle Frese, a 31-year-old former analyst at the Defense Intelligence Agency, pleaded guilty on Feb. 20 to leaking information to two journalists in 2018 and 2019.

Federal prosecutors sought a 10-year sentence for Frese. His lawyers asked for a one-year sentence, asserting that he did not leak the information in order to undermine U.S. interests. Instead, they argued that Frese succumbed to pressure from a journalist he was dating.

The journalist has been identified through public records and clues from the government’s case as Amanda Macias, a national security reporter for CNBC.

The reporters published multiple articles based on the information that Frese provided, which dealt with foreign governments’ weapons capabilities. 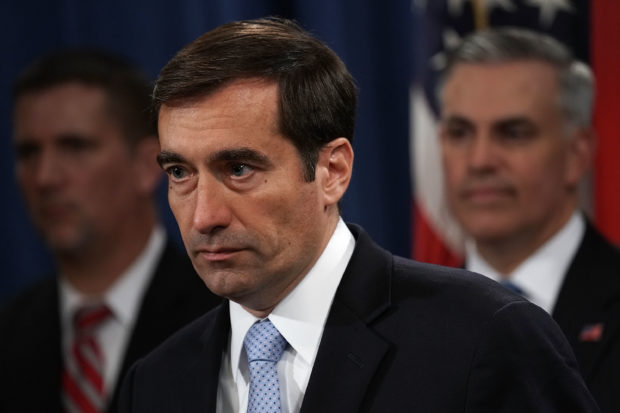 Prosecutors cited social media messages from April 27, 2018, in which Macias asked Frese to speak with Kube for various stories. Frese agreed to do so, saying he was “down” to help if it would help Macias “progress.”

Frese expressed remorse in court filings for leaking the information, saying that he was “embarrassed, ashamed and remorseful.”

Frese said in a court filing on June 11 that his girlfriend repeatedly asked him to provide information in order to help advance her career.

“The relationship quickly became a priority and Mr. Frese focused a lot of time and energy in to making it work,” Frese’s lawyers said.

“At the same time, Journalist 1’s career was stalling and she would ask Mr. Frese to share information that she could use to either confirm other information she had received or to give her a lead on potential new stories.”

“At first those requests were rebuffed, but as the requests mounted and as the relationship deteriorated over time, he eventually relented.”

The Trump administration has charged multiple government employees with leaking classified or sensitive information to journalists. At least one other defendant, former Senate Intelligence Committee staffer James Wolfe, had a romantic relationship with a journalist.

Wolfe was sentenced to two months in prison on Dec. 20, 2018, for making false statements to the FBI regarding his contacts with reporters.