Twitter just released voice tweets, a feature able to hold 140 seconds of audio, but experts warn content could be harder to police.

Twitter said June 18 that the feature will be available on iOS. While voice tweets are currently not available to all users, CNN reported it should be expanded to all users in the coming weeks.

Rolling out today on iOS, you can now record and Tweet with audio. pic.twitter.com/jezRmh1dkD

Among the new challenges audio presents could be a need for increased manual review, “Moderating audio takes more resources because it takes more manual analysis,” Graham Brookie of the Digital Forensic Research Lab at the Atlantic Council, told The Washington Post. 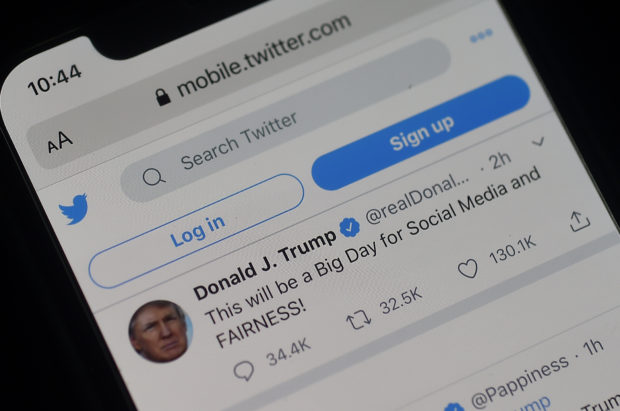 The Twitter page of US President Donald Trump indicating an executive order on May 28, 2020, after threatening to shutter social media platforms. (Photo by OLIVIER DOULIERY/AFP via Getty Images)

Currently the new feature can only be used on original tweets, according to Twitter’s Help Center.