A Black man in Detroit was falsely arrested in January based on an incorrect facial recognition match, according to a complaint filed Wednesday by the American Civil Liberties Union (ACLU).

The complaint alleges that the “flawed and racist” technology led Detroit police to arrest 42-year-old Robert Williams in front of his wife and two daughters. The arrest was made in connection to a shoplifting incident in October 2018 where $3,8000 worth of high-end watches were stolen.

Williams’ photo on his Michigan driver’s license was incorrectly flagged by facial recognition software based on security footage from cameras inside the store, according to the complaint. (RELATED: Microsoft Says It Won’t Sell Its Facial Recognition Tech To Police Without Federal Oversight)

Upon his arrest and subsequent interrogation, investigators soon realized that Williams did not match the depiction of the shoplifter in the security footage. “So I guess the computer got it wrong,” Williams recalled a detective telling him, according to an interview with NPR. 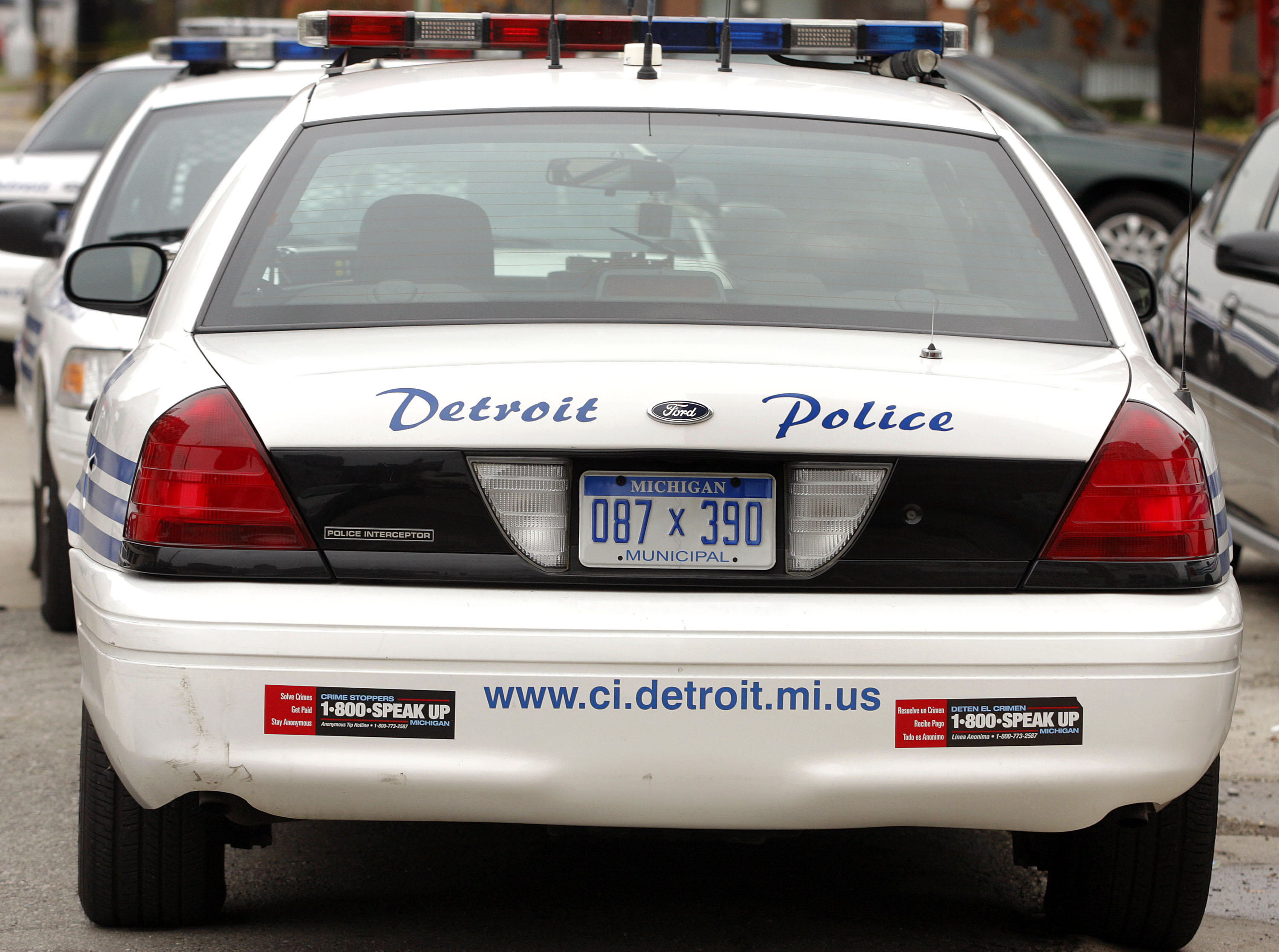 Detroit police department vehicles are shown in the parking lot of Detroit’s 13th Precinct headquarters November 19, 2007 in Detroit, Michigan. Detroit was named America’s most dangerous city by CQ Press, a private research group, who based their opinion on their analysis of FBI statistics. The report was criticized by the Detroit Chief of Police Ella Bully-Cummings as well as the FBI. (Bill Pugliano/Getty Images)

After being held in jail for 30 hours, Williams was released on bail, according to his lawyers. At his court hearing, all charges were dropped due to “insufficient evidence,” according to a spokesperson for the Wayne County prosecutor’s office.

“Facial recognition software is an investigative tool that is used to generate leads only. Additional investigative work, corroborating evidence and probable cause are required before an arrest can be made,” said Detroit Police Department Sgt. Nicole Kirkwood in a statement.

The additional evidence provided to the police supposedly originated from the store’s security guard, who picked Williams out of a photo lineup.

Victoria Burton-Harris, Williams’ lawyer, was skeptical of that claim. “When that technology picked my client’s face out, from there, it framed and informed everything that officers did subsequently,” Burton-Harris told NPR.

Williams’ false arrest highlights the ongoing controversy surrounding law enforcement’s use of facial recognition technology. Many opponents cite studies showing that such technology is much less accurate when identifying women and people of color.

Williams and the ACLU have used his story to advocate against any use of facial recognition technology by Detroit police officers. “It wasn’t designed to work on the faces of Black people in this very Black city,” Burton-Harris told the AP.

“I can’t really even put it into words,” Williams said in a video detailing his arrest. “It was one of the most shocking things that I ever had happen to me.”