The House of Representatives passed a bill Friday that would make Washington, D.C., a state amid increasing congressional support for the nation’s capital to be granted statehood.

The “Washington, D.C. Admission Act,” which had 227 Democratic cosponsors, was originally introduced by Rep. Eleanor Holmes Norton, D.C.’s nonvoting at-large representative in Congress, in October of last year. It passed Friday 232-180 without any Republican support.

“My great-grandfather, who walked away from slavery in Virginia, got as far as the District of Columbia – got freedom, but not to equality,” Holmes Norton told NPR’s Ari Shapiro.

Though the bill was all but assured to pass the Democratic House, it is likely dead-on-arrival in the Republican Senate.

Sen. Majority Leader Mitch McConnell likened the D.C. statehood efforts to “full-bore socialism” telling Laura Ingraham in July 2019 that “as long as I’m the majority leader of the Senate, none of that stuff is going anywhere.”

President Donald Trump said in a policy statement Wednesday that he would veto the bill if it landed on his desk. (RELATED: President Obama Endorses DC Statehood)

While the District of Columbia would be the smallest state in terms of area, its population of approximately 700,000 is greater than those of both Wyoming and Vermont. Despite D.C. residents paying federal income taxes, they do not have voting representation in Congress. 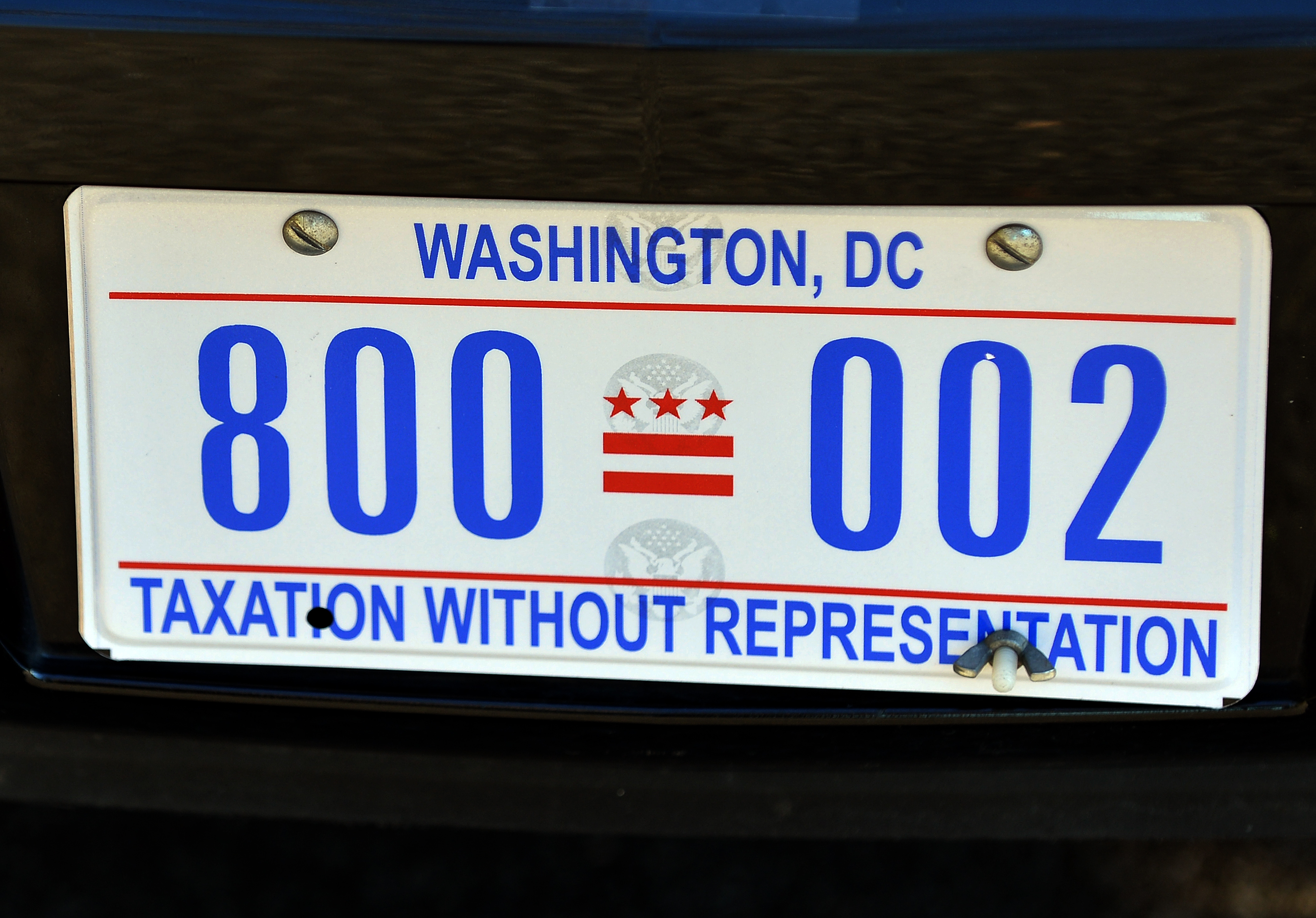 The license plate of US President Barack Obama’s limo is pictured on January 19, 2013 in Washington DC. Obama’s limousine is now adorned withe “Taxation Without Representation” license plates. The DC government authorized the plates to protest the fact that the District of Columbia does not have a vote in Congress. AFP PHOTO/Jewel Samad (JEWEL SAMAD/AFP via Getty Images)

Though Republicans have long objected to D.C. statehood on constitutional grounds, political factors may have played a role as well. The district is overwhelmingly liberal, and would all but guarantee two additional Democratic senators and a Democratic representative in the House.

While Holmes Norton’s bill is unlikely to become law, public support for D.C. statehood has increased. In 2020, 48% of respondents said they favored the measure, according to a Harris poll reported by The Hill. A 2019 Gallup poll that found that only 29% of Americans supported the measure.