The Washington state elementary school teacher who birthed the children of and later married a student she was convicted of raping in 1997 died Monday, according to her attorney.

Letourneau was 34 and Fualaau was 12 or 13 when their sexual relationship began in 1996, according to The New York Times. She birthed Fualaau’s child in 1997 while awaiting sentencing after her guilty plea. (RELATED: Kansas Teacher Stockpiled Over 200 Images, Videos Of Same Fourth Grade Girl, Prosecutors Say)

“I did not have to plead guilty,” Letourneau said in a 2018 A&E documentary of the affair. “The goal was to end the drama quickly for everyone. Who cares if I have a conviction?”

Mary Kay Letourneau, who made headlines in the 1990s for an affair with her underage student, has died after losing a battle with cancer. https://t.co/SrcRqehsoz pic.twitter.com/RejkB8uwGt

Photo of Mary Kay Letourneau and longtime friend and attorney Anne Bremner. Anne remembers her friend tonight as “one of the most alive people” she’d ever known. She also said Letourneau was a dedicated mother of her two girls and “did everything right by them.” pic.twitter.com/4awZsPPikR

She was sentenced to three months in prison and ordered to stay away from Fualaau upon release, The Times reported. However, the two were found together shortly after her release, and she was sentenced to seven additional years in prison for having sex with a minor. She birthed Fualaau’s second child in 1998.

“At the end of the day it was a real love story,” Fualaau said in the documentary. He added, “I didn’t feel any fear about the relationship. I just kind of went with the flow of things.” 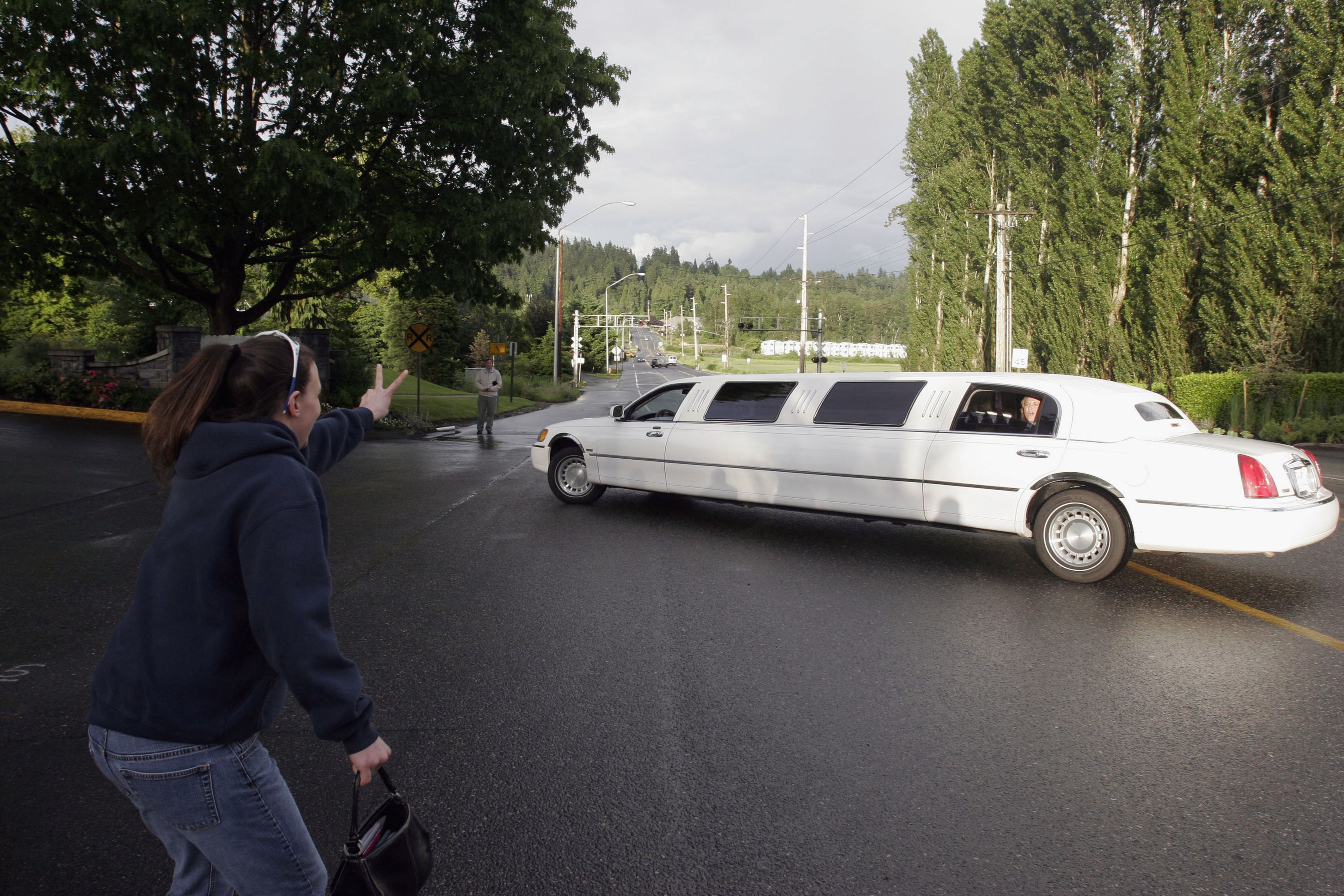 An ex-prison mate of Mary Kay Letourneau’s arrives for the marriage of Letourneau and Vili Fualaau on May 20, 2005, near Seattle, Washington. (Ron Wurzer/Getty Images)

Letourneau married Fualauu in 2005 after she was released from prison for the second time, according to KING 5 News. Fualauu was 22 at the time of their marriage. The couple’s divorce was finalized last year.

Letourneau’s father John Schmitz, a California Republican who served in the U.S. House of Representatives, died in 2001 from cancer, according to The Washington Post.