Tear gas, water cannons and stun grenades reportedly accompanied protests Sunday in Belarus after it was ruled that incumbent President Alexander Lukashenko won reelection in a contest viewed by many as fraudulent — defeating one of the biggest threats to his grip on power in the last 26 years.

State-approved exit polls showed Lukashenko capturing nearly 80% of the vote against his rival Svetlana Tikhanovskaya, a former English teacher, according to Reuters. Tikhanovskaya went into hiding on the eve of the election for “safety reasons” after several members of her staff were detained in “an attempt to intimidate the opposition ahead of the crucial vote,” CNN reported.

With reported police crackdowns with water cannons and batons, thousands took to the streets across the eastern European nation after it became clear that Lukashenko would be granted his sixth term, according to Reuters. In the city of Minsk, 10 people were reportedly arrested in one area as law enforcement began blocking off streets. (RELATED: Belarus charges 600 for taking part in protests after election) 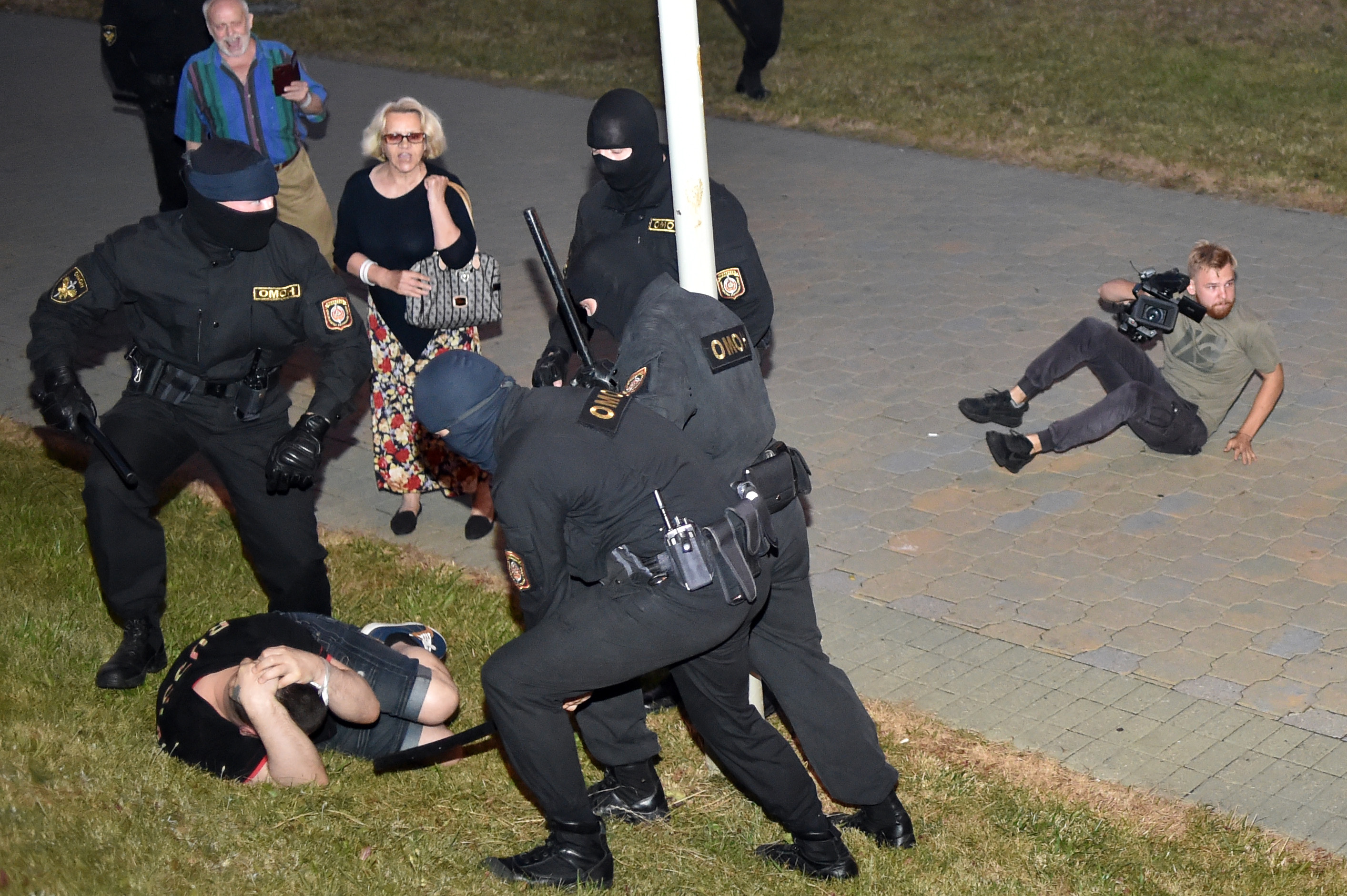 Riot police detain a demonstrator during a protest after polls closed in Belarus’ presidential election, in Minsk on August 9, 2020. (Photo by Sergei GAPON / AFP) (Photo by SERGEI GAPON/AFP via Getty Images)

In other cities, protesters reportedly waved flags, chanted “victory” while cars honked in support of the opposition and used garbage cans to assemble barricades. Eye witnesses report that a police prisoner transport vehicle in Minsk ran into a crowd, but causalities have not yet been confirmed, according to Reuters.

For the first time, Belarusians learned what is pepper spray, water cannon, and explosives. pic.twitter.com/dUFz9m2lrz

#Belarus: unbelievable footage from #Minsk tonight. Protesters are fighting back against the police.

Belarusians have had enough of the #Lukashenko dictatorship pic.twitter.com/MtUQ6UmzPS

#Belarus: police are trying to crack down on the protest in #Mogilev, but there are too many protesters to arrest, most just run away pic.twitter.com/b5XUXdnLhC

“I’d like to ask the police and troops to remember that they are part of the people. I ask my voters to prevent provocations,” Tikhanovskayashe said in a statement to popular local news outlet tut.by. “Please stop the violence.”

Lukashenko, an ally of Russian President Vladimir Putin, has been in power since 1994, but has loss support due to his handling of the coronavirus pandemic and a tumultuous economy. After casting his vote, the Belarus leader reportedly denied any nefarious activity involved in the election, adding it was “fake news or far-fetched accusations.”

“They are not worth enough to carry out any repression against them,” Lukashenko said, according to Reuters.