A total of 1,974 people were sent to state prisons for marijuana-related offenses during Harris’s 2011-2016 tenure as the Golden State’s lead prosecutor, the Washington Free Beacon reported.

Harris is now on board with Biden’s criminal justice plan that seeks to “end all incarceration for drug use alone.” A unity task force meant to unify Biden’s camp and Vermont Sen. Bernie Sanders’s wing of the Democratic Party recommended decriminalizing marijuana at the federal level and legalizing it for medicinal use.

Harris, when she was seeking the Democratic nomination, released a criminal justice plan, which detailed her plans to “End ‘The War On Drugs,'” and legalize marijuana. Harris’s campaign also included statistics in the plan that black people are four times more likely than white people to be arrested for possession of cannabis.

Democratic Hawaii Rep. Tulsi Gabbard confronted Harris about the number of marijuana arrests recorded during her time as lead prosecutor in one of the Democratic debates last year.

“She put over 1,500 people in jail for marijuana violations and then laughed about it when she was asked if she ever smoked marijuana,” Gabbard told the audience, according to Rolling Stone.

“This is the work I’ve done. Am I going to take hits? Of course, incoming, there are going to be hits on a debate stage when people are trying to, you know, make a name for themselves,” Harris responded, according to Rolling Stone.

Executive director for The National Organization for the Reform of Marijuana Laws Erik Altieri said Harris’ stance on marijuana is “problematic” and her views on the drug would not “qualify as progressive,” he told the magazine in August 2019. 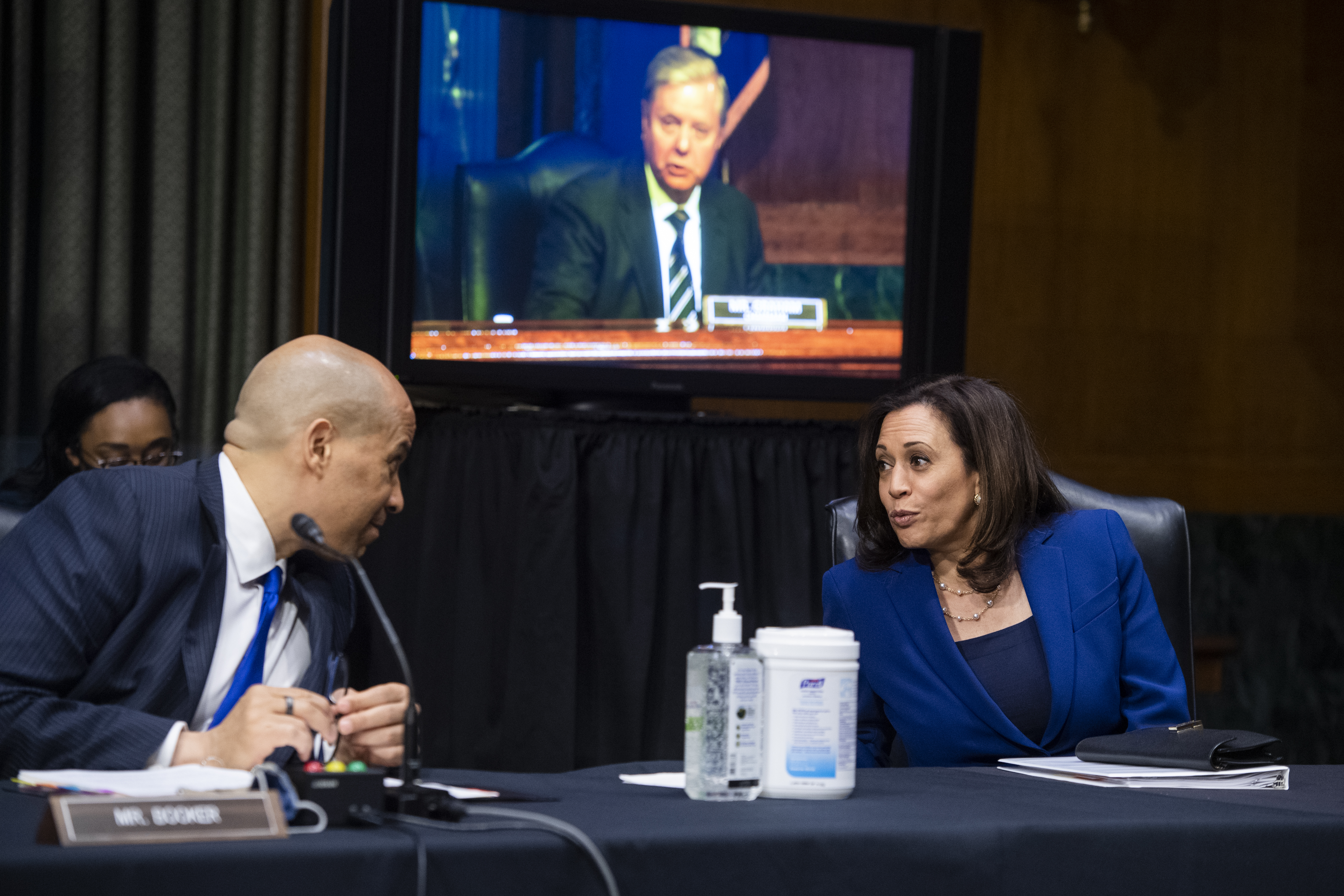 Harris’s AG record has other potential vulnerabilities as well.

She reportedly defended prosecutor Robert Murray, who admitted to falsifying a man’s confession in 2015, according to The Observer.

The indictment was dismissed due to the falsification, but Harris’ administration appealed the decision to throw out the case, claiming physical brutality is the only justification for dismissing charges in this manner, The Observer reported.

Harris during her time as prosecutor did mandate officers wear body cameras as a means for holding them accountable, but only those who worked with her were required — it did not apply to all local cops, according to a 2019 fact check by the Sacramento Bee.

Biden’s website mentions his desire to end “mass incarceration” and Harris’ 2019 justice plan also advocated for the move. However,

Harris resisted a judge’s decision in California, which ordered the state to implement a new parole program that would free certain prisoners early due to rampant, unconstitutional overcrowding, according to the Los Angeles Times.

Harris’ lawyers insisted that the order would cause a void in the prison labor pool that paid incarcerated people between 8 and 37 cents an hour, the Times reported.