The battle to shift the 2020 election to nationwide vote-by-mail is well underway due to the public health impact of the coronavirus. A number of state and local governments have already pushed forward with the change in recent primary elections.

Democrats have generally expressed support for the initiative while President Donald Trump is opposed to the change. But implementing a vote-by-mail system at the national level would almost certainly be accompanied by a plethora of logistical and legal problems. The best evidence against mail-in voting is New York’s election failure, where incompetence and inefficiency has left candidates filing lawsuits and ballots sitting uncounted more than a month after election day.

Under an executive order signed off by Democratic New York Gov. Andrew Cuomo, all registered and eligible voters were allowed to request a mail-in ballot, according to the New York City Board of Elections. 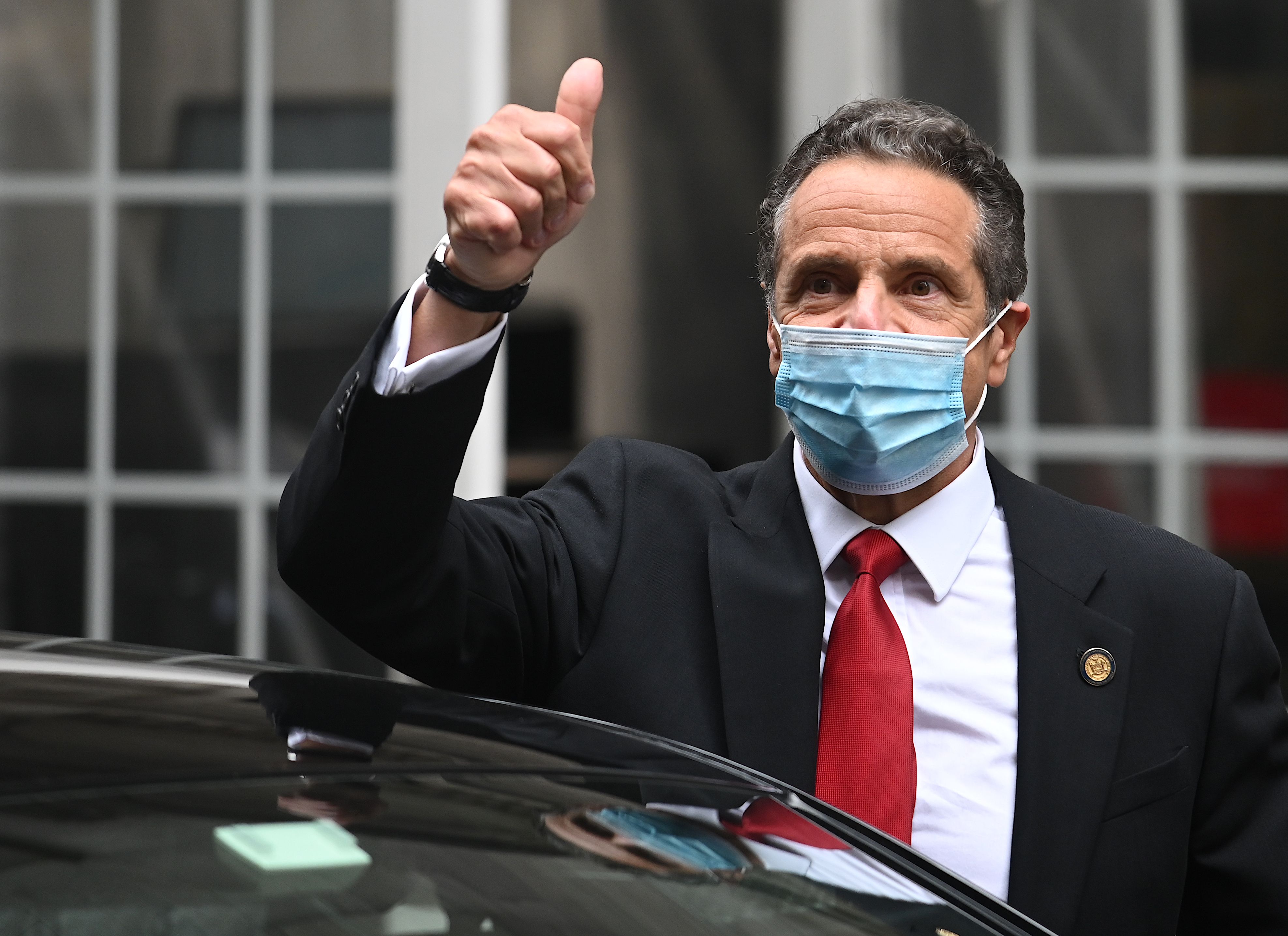 After nearly six weeks, there have been major delays in counting the nearly 400,000 ballots mailed in across New York City and closely watched congressional races have been challenged by lawsuits, according to The New York Times.

The Democratic primary for New York’s 12th Congressional District has been hotly contested over allegations of uncounted mail-in ballots. With more than 93,000 ballots counted, incumbent Rep. Carolyn Maloney was declared the winner with a roughly 3,500-vote lead over his challenger Suraj Patel.

Patel filed a lawsuit asking a federal court to order election officials to count nearly 12,000 disqualified ballots in the congressional district, The New York Times reported. Judge Analisa Torres of the Southern District of New York ruled in favor of Patel and other plaintiffs Aug. 3 and ordered thousands of ballots to be recounted.

Data released by the Board of Elections earlier this month revealed that 84,108 ballots issued for the June 23 primary were not counted or invalidated, the New York Post reported. The figure represents 21% of the total 403,103 mail-in ballots received.

The scale of human error becomes even greater as the Board of Elections sent out more than 750,000 ballots with prepaid return envelopes, according to The New York Times. Prepaid envelopes are typically not postmarked by the post office’s sorting systems, even though postmarks are crucial to determining if ballots were sent by the deadline. 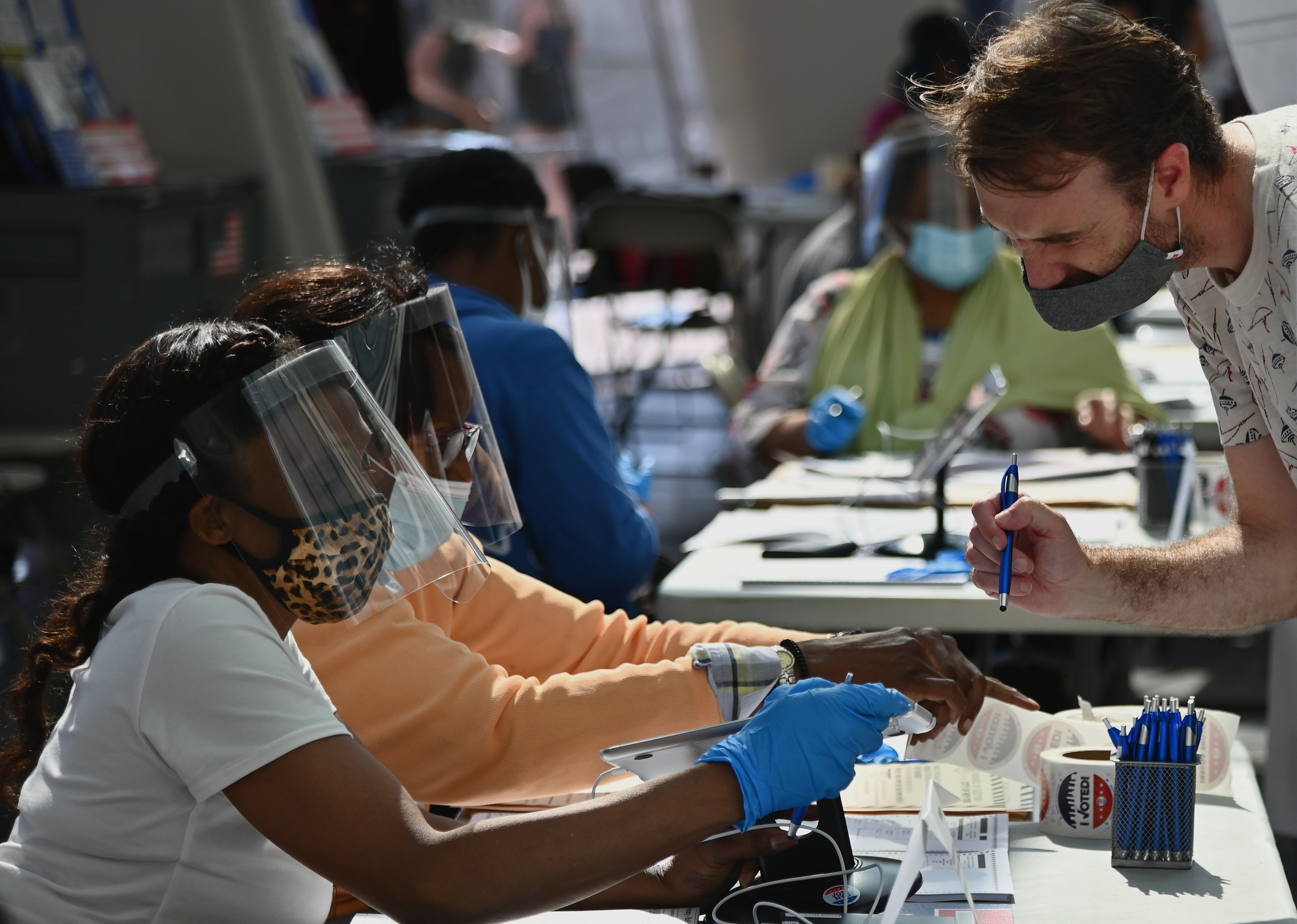 Human “gatekeepers” were reportedly used to backstop the Postal Service’s computerized sorting systems. These workers would manually pull each ballot out and send them through a cancellation machine to make sure the postmark indicated that the ballots were delivered on time.

Michael Calabrese, a manager at a Postal Service processing plant in Manhattan, said there were only a few extra “gatekeepers” on hand during the voting process. “It’s not a 100 percent process,” he told the federal district court in Manhattan. “It’s not something we could normally do, but in order to capture and read those ballots, we did that.”

One of the reasons so many ballots were tossed out is because the instructions on how to use mail-in ballots were not clear to many voters, according to the New York Post. This led to tardy mailings and a significant number of voters forgetting to sign the interior envelope that came with the ballot.

“The envelope with directions for the signature was so poorly designed,” said Arthur Schwartz, who represented Patel and other candidates in the federal lawsuit decided by Judge Torres.

Officials at the Board of Elections said there was not much that could have been done given the impact of the coronavirus and the fact that mail-in voting at this level had never been implemented before, according to The Atlantic.

“We adhere to the rules set forth by the state board of elections and the legislature,” Board of Elections spokeswoman Valerie Vazquez told The Atlantic. 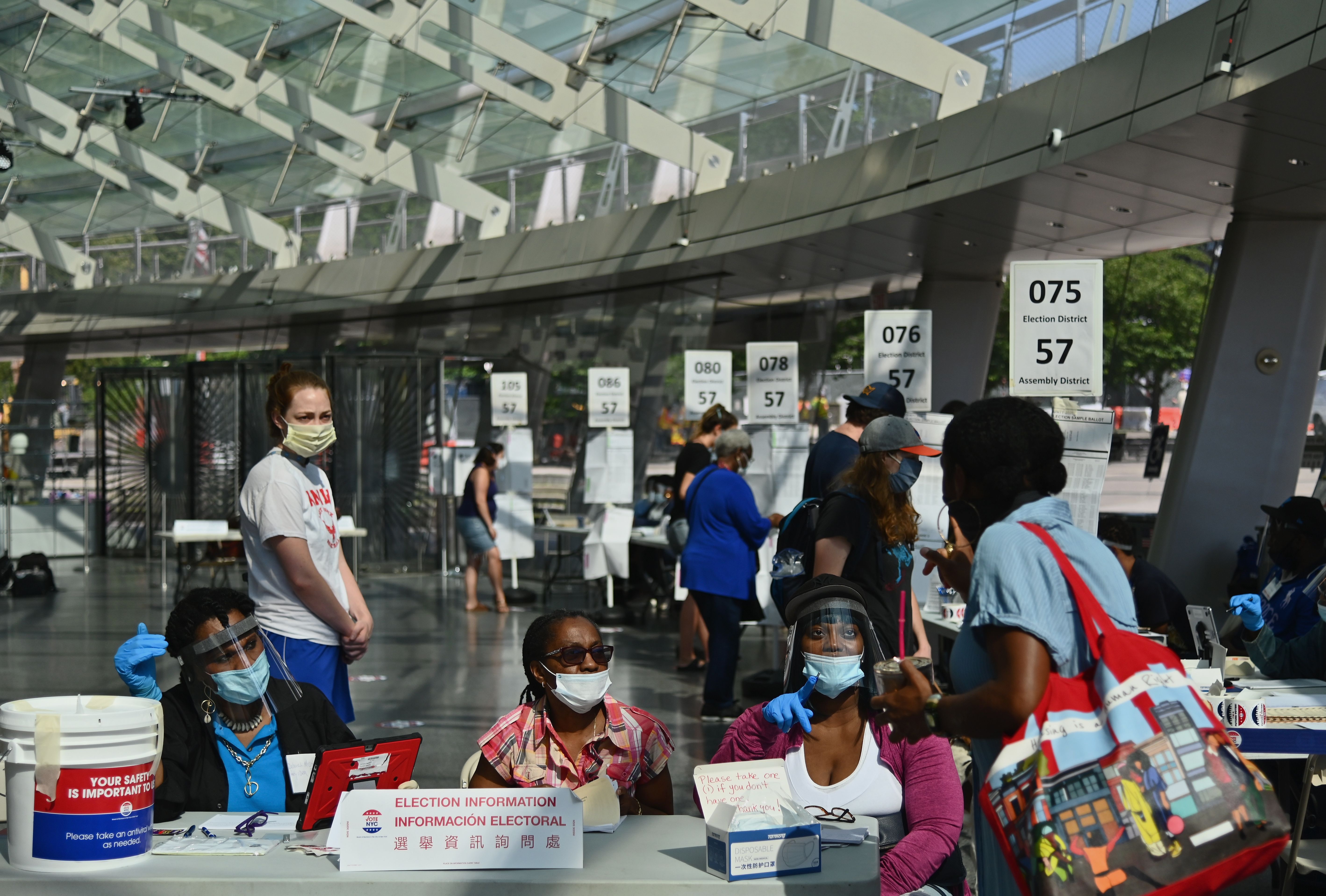 A Board of Election employee wearing personal protective equipment sits at a table at the Brooklyn Museum polling site during the New York Democratic presidential primary elections on June 23, 2020 in New York City (Angela Weiss/AFP via Getty Images)

Board of Elections secretary Frederic Umane defended their handling of the election by calling it “slow, but accurate and open.” He also noted that the board only had 350 permanent workers and many of the volunteers were either sick or unable to work before the primary due to the pandemic, The New York Times reported.

“Our staff was decimated by Covid,” Umane said. He added that the board would likely require hundreds more workers before the general election in November. (RELATED: No Relief From Congress Leaves States Burdened With Election Costs, State Officials Say)

Others have blamed the city for not taking enough steps to ensure that election officials were prepared to take in an unprecedented increase in mail-in ballots, according to The New York Times. The state introduced reforms in 2019 that allowed for early voting and streamlined the voting process. Those reforms were not enough.

“The state has long had some of the strictest rules when it comes to being able to cast an absentee ballot, and it wasn’t built to support the increased volume,” said Lawrence Norden, director of the Election Reform Program at the Brennan Center for Justice.

Veteran election lawyer Jerry Goldfeder criticized the Board of Elections for not seeking assistance despite knowing they did not have the resources to process absentee ballots. “They could have asked for money and hired more staff, because they knew in advance they were going to get an avalanche of absentee ballots,” Mr. Goldfeder said. “There’s nothing magical about that.”

Trump called the ordeal “a total mess” in a tweet June 29.

Although his previous complaints about mail-in voting have had to do with voter fraud, the issue demonstrated in New York’s primary is the way negligence and human error brought the entire process to a standstill.

New York Mail-In voting is in a disastrous state of condition. Votes from many weeks ago are missing – a total mess. They have no idea what is going on. Rigged Election. I told you so. Same thing would happen, but on massive scale, with USA. Fake News refuses to report!

The president also suggested that what happened in New York would happen on a much larger scale if mail-in voting were implemented nationwide for November’s election. Vote-by-mail could leave millions of ballots uncounted and candidates at every level of government filing lawsuits.

New York’s primaries were mostly for local and state races. Many of these races featured uncontested candidates or strong incumbents and the pool of voters was much smaller than a New York general election, let alone a national general election.

New York is also a solid blue state with a Democratic governor and legislature. (RELATED: Democrats Are Counting On Mail-In Ballots To Deliver A Win. Here’s Why They Shouldn’t)

A nationwide vote-by-mail system could leave races undecided for weeks on end. Voters might never know if their ballot was even counted. It could be impossible to know who’s ahead in the presidential race, in Congressional or even local races. Litigation could pile up as election results are challenged and courts must step in to decide if recounts are necessary.

Brooklyn city councilman Brad Lander told The Atlantic he is concerned about such a scenario.

“In the world where the election tightens, if there are swing states for the Senate, or certainly the Electoral College, that have an absentee process that’s as poor as what happened here in New York City, it could be catastrophically bad for the future of American democracy,” he said.