At least 6,400 ballots were turned away because they arrived after Election Day, while 787 were tossed out because the signature did not match the registration, according to Benson’s office. Another 1,111 were rejected because the voter had moved, and 846 were not accepted because voters died “after casting their absentee ballot but before Election Day.”

“The data demonstrates that thousands of people who cast otherwise valid votes were not able to participate in last week’s election solely because the Legislature failed to act ahead of the primary,” said Benson. “With turnout and absentee ballot numbers expected to double or even triple in November, we could be looking at tens of thousands of Michigan citizens disenfranchised if the legislature fails to act.”

The news comes right after the U.S Postal Service warned Benson in a letter that mail delivery times posed a “significant risk” to ballots sent too close to the election which could lead to their disqualification, according to The Detroit News. 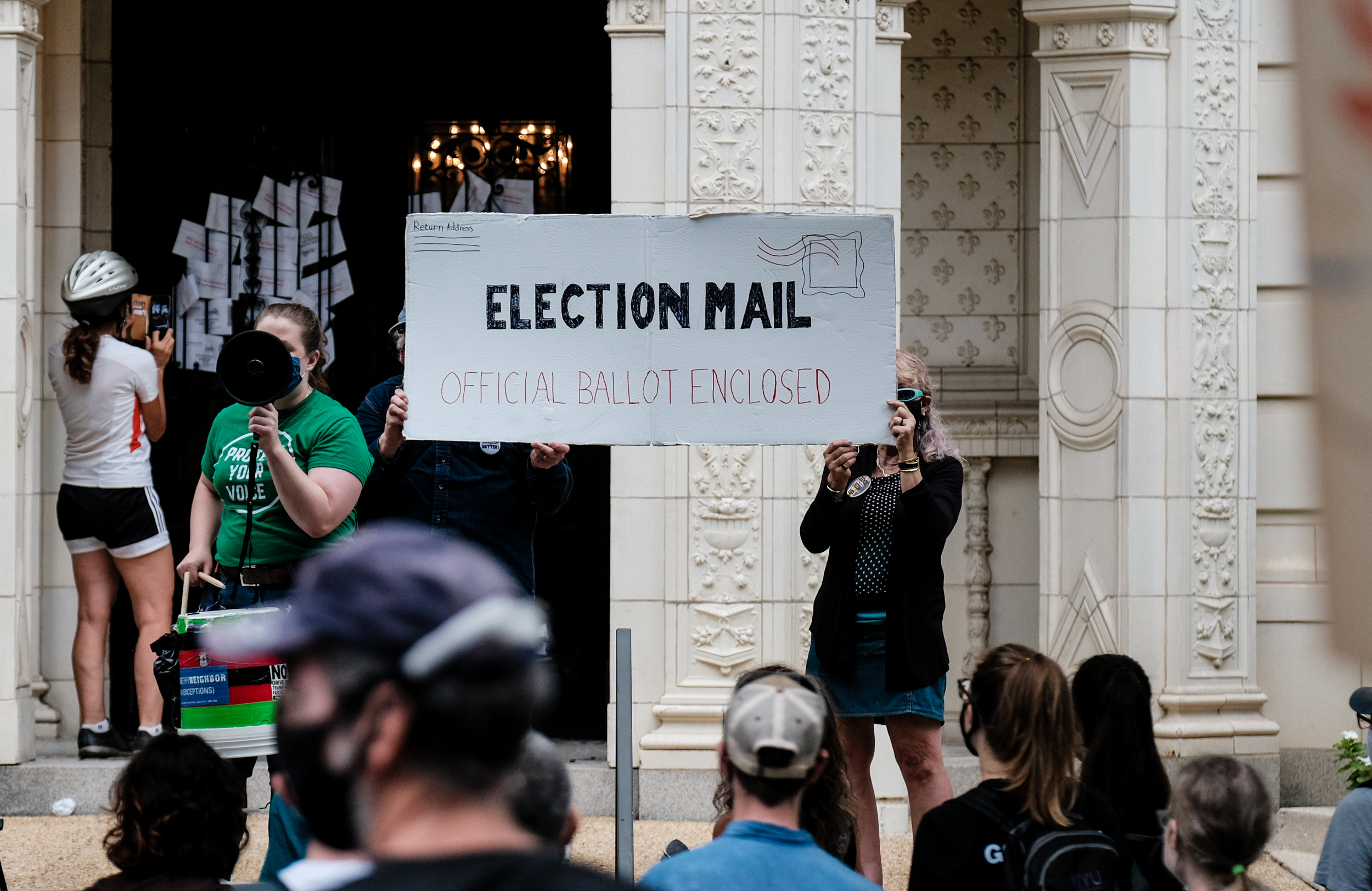 WASHINGTON, DC – AUGUST 15: Demonstrators gather outside of the condo of President Donald Trump donor and current U.S. Postmaster General Louis Dejoy on August 15, 2020 in Washington, DC. The protests are in response to a recent statement by President Trump to withhold USPS funding that would ensure that the post office would be unable handle mail-in voting ballots for the upcoming 2020 Election. (Photo by Michael A. McCoy/Getty Images)

“This mismatch creates a risk that ballots requested near the deadline under state law will not be returned by mail in time to be countered under your laws as we understand them,” Marshall wrote.

Michigan law allows voters to apply by mail for a ballot until Election Day, and allows for ballots to be sent to voters until four days before the election, according to The Detroit News.

Marshall warned in his letter that this can impede the chances of a ballot being received by Election Day and said voters should submit their ballot requests early enough to be received by election officials at least 15 days before the election.

Benson is calling on the Michigan legislature to pass two reform bills ahead of the November election to prevent issues seen in the primary, according to her office. One bill would allow mailed ballots to count if postmarked by Election Day even if they arrive up to two days late, while another would require clerks to contact voters if the signature on the absentee ballot does not match the one on their registration.

Meanwhile, Democratic Michigan Sen. Gary Peters launched an investigation into the Postal Service delays in a bid to avoid complications during the upcoming presidential election, according to The Detroit News.