The pages and groups have a combined following of more than 350,000 with an average number of 10,000 members, the study shows.

Holocaust denial has been used since the 1940s as a means to attack Jews and minimize the suffering of Jews during the Holocaust, according to ISD. 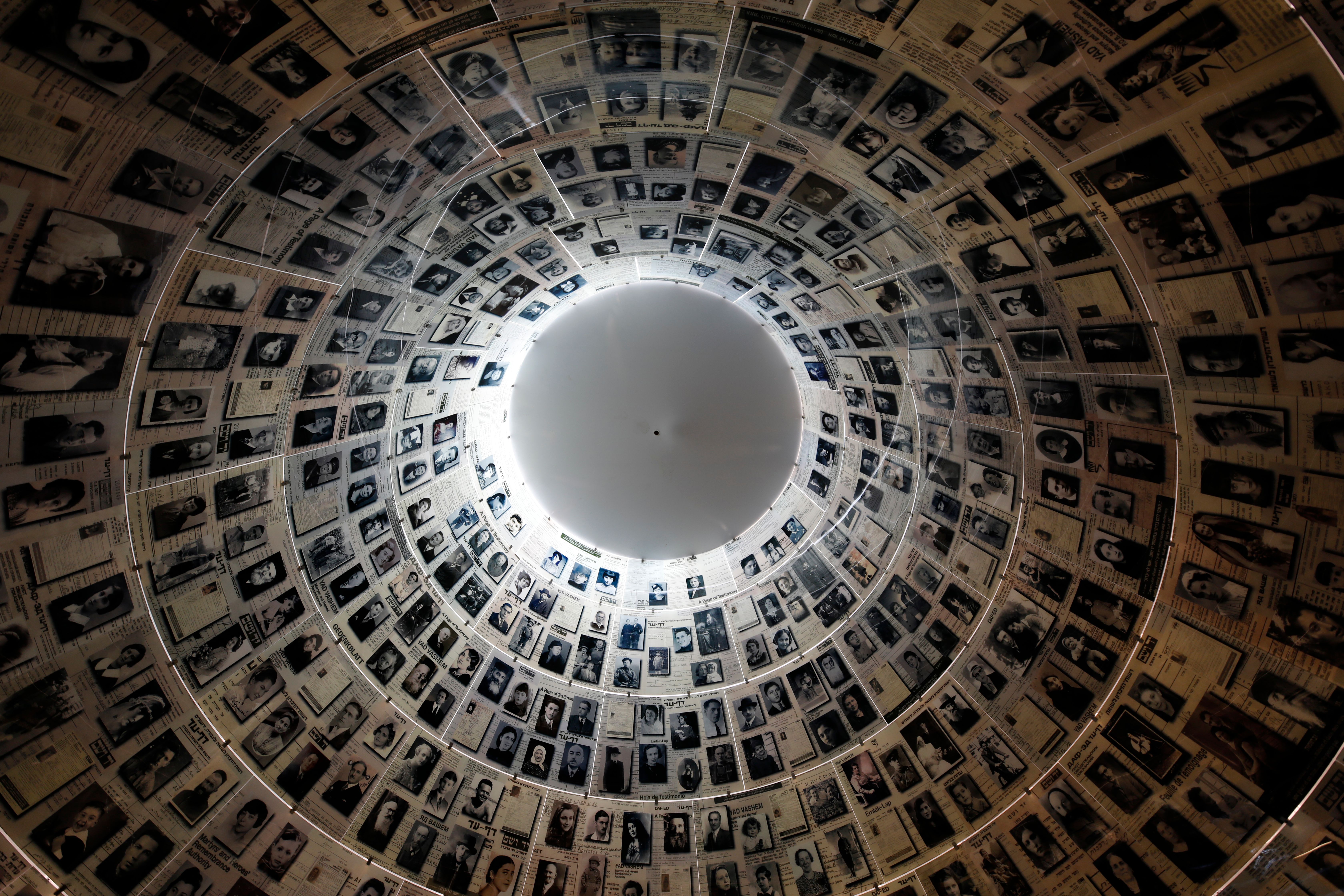 A picture taken on April 20, 2020, shows a view of the ceiling in the Hall of Names, bearing names and pictures of Jewish Holocaust victims, at the Yad Vashem Holocaust memorial museum in Jerusalem. – Movement and travel restrictions in place to contain the pandemic have forced this week’s Holocaust Remembrance Day — Yom HaShoah in Hebrew — to be exclusively digital for the first time. In a normal year, symbolic events are organized at various locations, notably with survivors at the sites in Europe where the Nazis built concentration and extermination camps. This year, testimonials from survivors will be streamed online and featured in a pre-recorded ceremony to be broadcast in Israel by Jerusalem’s Yad Vashem Holocaust memorial centre, when Yom HaShoah begins on this evening. (Photo by MENAHEM KAHANA/AFP via Getty Images)

Facebook said while it takes down content that “celebrates, defends or attempts to justify the Holocaust,” it would not remove “lies or content that is inaccurate-whether it’s denying the Holocaust, the Armenian massacre, or the fact that the Syrian government has killed hundreds of thousands of its own people,” according to a 2019 letter from Facebook’s Vice President for Global Public Policy, Joel Kaplan, according to the Jewish Insider.

“I’m Jewish, and there’s a set of people who deny that the Holocaust happened,” he said. “I find that deeply offensive. But at the end of the day, I don’t believe that our platform should take that down because I think there are things that different people get wrong. I don’t think that they’re intentionally getting it wrong.”

“We take down any post that celebrates, defends, or attempts to justify the Holocaust. The same goes for any content that mocks Holocaust victims, accuses victims of lying, spews hate, or advocates for violence against Jewish people in any way,” reads the statement from a company representative. “We also remove groups and pages that discuss Holocaust denial from recommendations and references to it in search predictions. While we do not take down content simply for being untruthful, many posts that deny the Holocaust often violate our policies against hate speech and are removed.”

“In countries where it is illegal, such as Germany, France and Poland, this content is not allowed in accordance with the law. Striking the right balance between keeping people safe and allowing free speech is difficult and we know many people strongly disagree with our position,” the statement continues. The comments from Facebook were first reported by the Guardian.

Holocaust denial is illegal in Germany, Poland, Austria, France, Israel and a host of other nations, according to ISD.