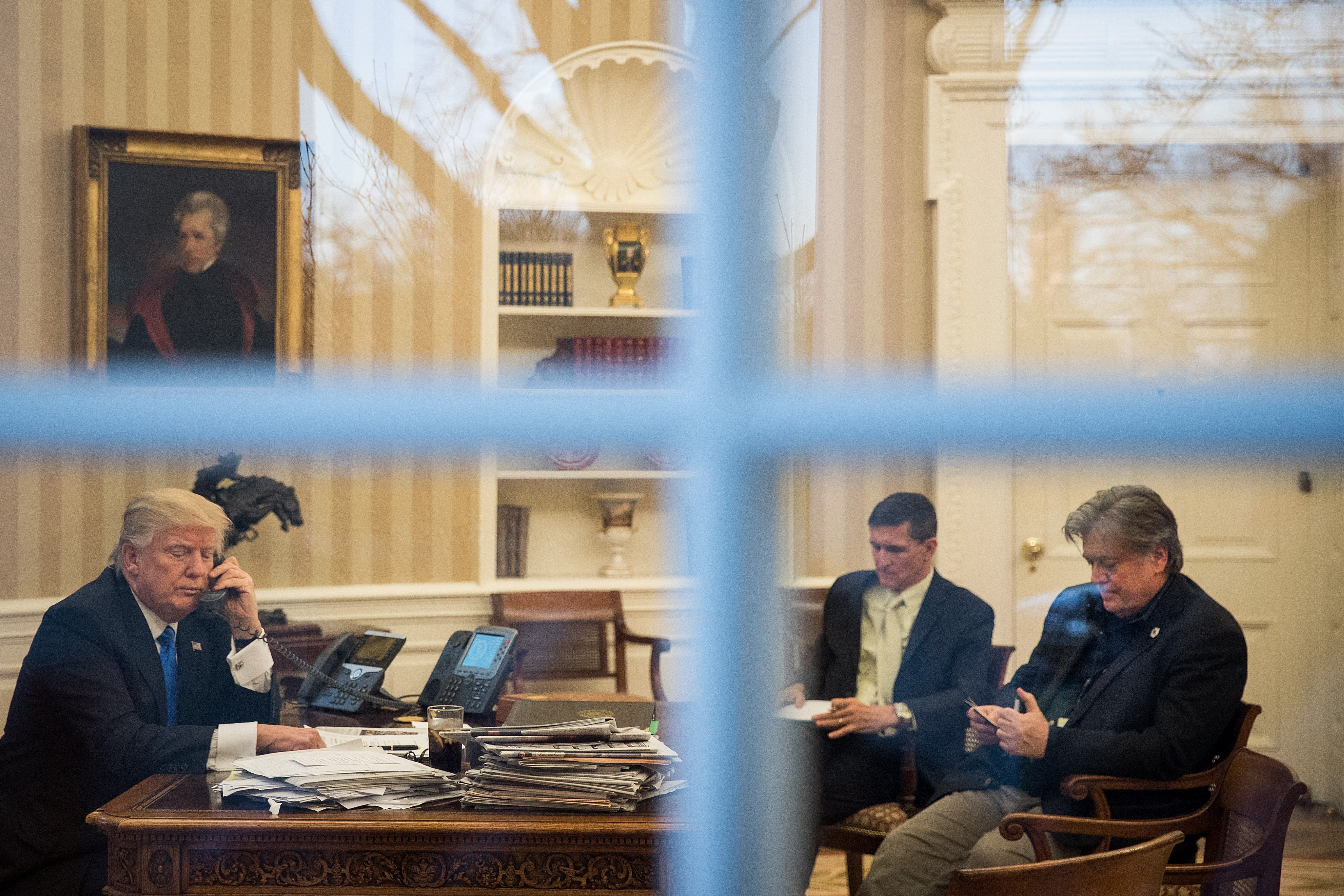 U.S. Attorney for the Southern District of New York Audrey Strauss charged Bannon, Brian Kolfage, Andrew Badolato and Timothy Shea with defrauding donors of hundreds of thousands of dollars “under the false pretense that all of that money would be spent on construction.”

“While repeatedly assuring donors that Brian Kolfage, the founder and public face of We Build the Wall, would not be paid a cent, the defendants secretly schemed to pass hundreds of thousands of dollars to Kolfage, which he used to fund his lavish lifestyle,” Strauss added in a statement announcing the indictments. “This case should serve as a warning to other fraudsters that no one is above the law, not even a disabled war veteran or a millionaire political strategist.”

Still, back in early July, Trump claimed the operation was started simply to make him “look bad.”

“I disagreed with doing this very small (tiny) section of wall, in a tricky area, by a private group which raised money by ads,” Trump tweeted in response to reports of flaws in the wall’s construction. “It was only done to make me look bad, and perhsps [sic] it now doesn’t even work. Should have been built like rest of Wall, 500 plus miles.” (EXCLUSIVE: Funding Secured For 1,000 Miles Of Border Wall, White House Officials Say)

I disagreed with doing this very small (tiny) section of wall, in a tricky area, by a private group which raised money by ads. It was only done to make me look bad, and perhsps it now doesn’t even work. Should have been built like rest of Wall, 500 plus miles. https://t.co/L8RUPCAhqc

The White House did not immediately respond by press time to Daily Caller’s inquiries regarding the charges for Bannon and Kolfage.

The Daily Caller News Foundation reported on concerns regarding Kolfage’s product back in January 2019.

Kolfage refused to answer questions from DCNF investigative reporter Andrew Kerr about the project, and Stephanie Kalivas, an analyst with the watchdog group Charity Watch, further stated remarked that his lack of a “track record” and transparency should give donors pause.

“The apparent lack of established governing documents, and Kolfage’s unwillingness to make available to the public the ‘white paper’ he claims has already been prepared ‘to every detail’ are additional red flags,” Kalivas stated. “Donors are taking a huge risk in blindly trusting that Kolfage will keep to, or be able to execute on, his claims, especially considering the magnitude of the purported mission.”