An Iowa judge ordered 50,000 absentee ballots to be invalidated Thursday after ruling the Iowa elections commissioner overstepped his authority by pre-filling the ballots with voters’ information.

Linn County Auditor Joel Miller issued 140,000 absentee ballots in July that were already pre-filled with voters’ personal information, such as their date of birth and most importantly, voter identification numbers, according to the Associated Press (AP). Miller said he wanted to make it easy for voters to vote absentee during the pandemic, per the same report.

However, Judge Ian Thornhill ruled that Miller’s mailing of the ballots violated a “clear directive” from Iowa Secretary of State Paul Pate, who said absentee ballots forms must be blank when sent to voters, according to the AP. Thornhill has ordered Miller to notify voters who received the pre-filled ballot that their ballot cannot be processed. Instead, they can either vote in person on Election Day or request a new absentee ballot. Miller has agreed to send out new blank forms. 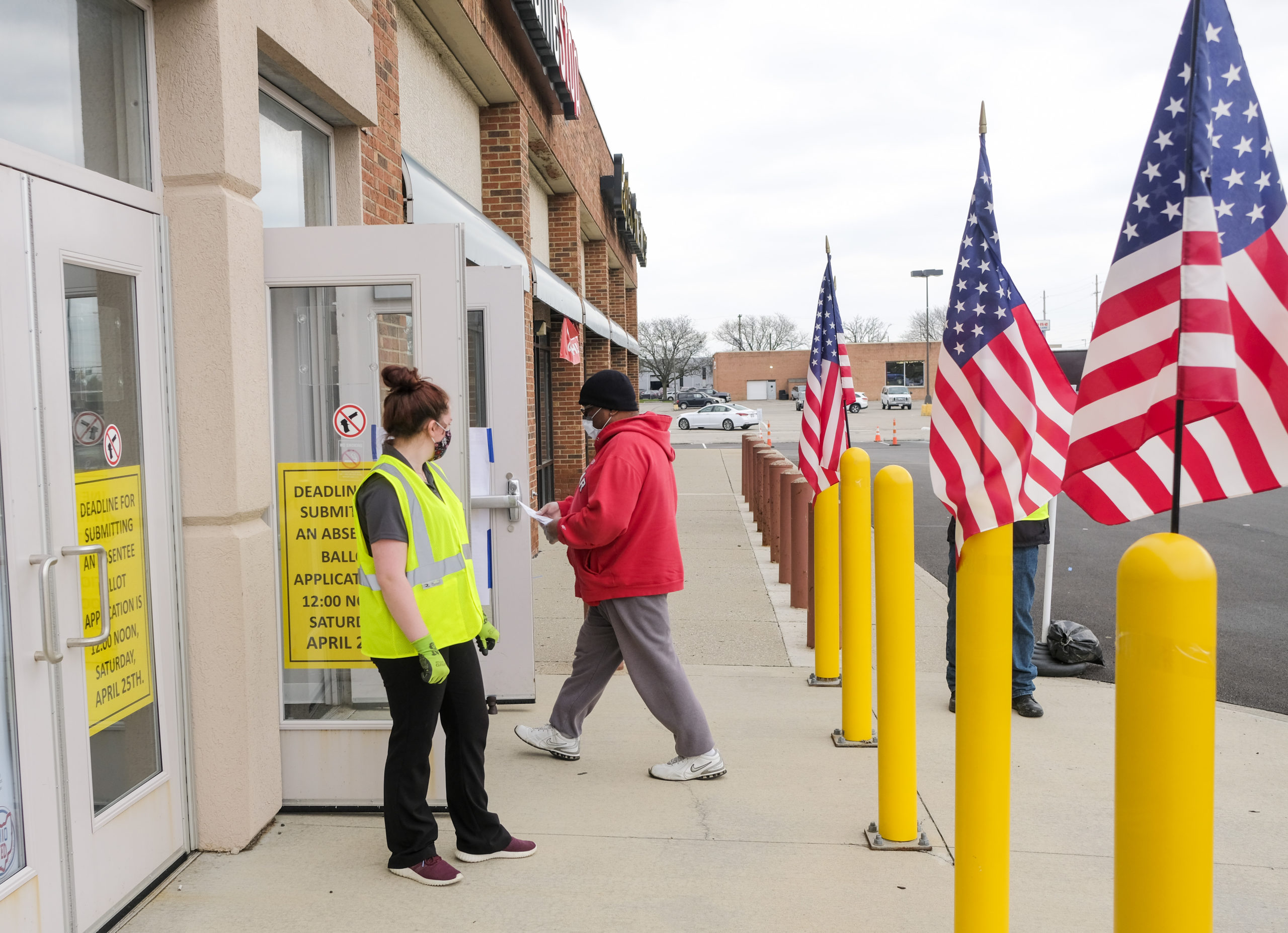 COLUMBUS, OH – APRIL 28: Ohio residents who qualify cast their votes in person at the Franklin County Board of Elections headquarters on the final day of  the Primary Election on April 28, 2020 (Photo by Matthew Hatcher/Getty Images)

The ruling comes after the Republican-controlled Legislature passed a law that prohibits auditors, like Miller, from filling in voters’ voter I.D numbers, according to the AP. If a voter left that portion of the ballot blank, auditors are supposed to contact the voter and have them fix it themselves

Miller and elections commissioners in Johnson and Woodbury counties said contacting each voter who leaves the I.D blank would’ve been a tedious task and claimed that the new law did not block them from doing so.

However, the Trump campaign and state and national Republican Party groups filed lawsuits against the three counties to try and invalidate all absentee ballots that were pre-filled, per the AP. They claim requiring voters to fill in their own information acts as a safeguard against voter fraud. (RELATED: Trump Campaign Sues New Jersey Over Mail-In Ballots)

Thornhill said the Trump Campaign and other Republican groups demonstrated the likelihood of being harmed, noting not all Iowa counties have the money to send out pre-filled absentee ballots. This means that voters in counties that do not receive pre-filled ballots are more likely to have their ballot rejected if election commissioners cannot get in contact with them to have them add missing information.

Another hearing is set for Friday in the Woodbury County case.