The president of Notre Dame distanced the university from former football coach Lou Holtz’s comments at the Republican National Convention, saying in a Thursday statement that “our highest calling is to love.”

“While Coach Lou Holtz is a former coach at Notre Dame, his use of the University’s name at the Republican National Convention must not be taken to imply that the University endorses his views, any candidate or any political party,” University of Notre Dame President Rev. John I. Jenkins, said in a Thursday statement. (RELATED: Legendary Notre Dame Football Coach Lou Holtz Says Trump’s Naysayers ‘Don’t Have Pride In Our Country’)

“Moreover, we Catholics should remind ourselves that while we may judge the objective moral quality of another’s actions, we must never question the sincerity of another’s faith, which is due to the mysterious working of grace in that person’s heart,” he continued. “In this fractious time, let us remember that our highest calling is to love.”

“While Lou Holtz is a former coach at Notre Dame his use of the University’s name at the Republican National Convention must not be taken to imply that the University endorses his views, any candidate or political party.”

Jenkins’ comments come after Holtz spoke at the RNC where he praised President Donald Trump for supporting the pro-life movement and criticized Biden, who is Catholic, for his pro-abortion stances. The Catechism of the Catholic Church teaches that abortion is “a crime against human life” and “constitutes a grave offense.” (RELATED: Legendary Notre Dame Football Coach Lou Holtz Defends ‘Fighting Irish,’ Says Name Originated When ND Fought The KKK) 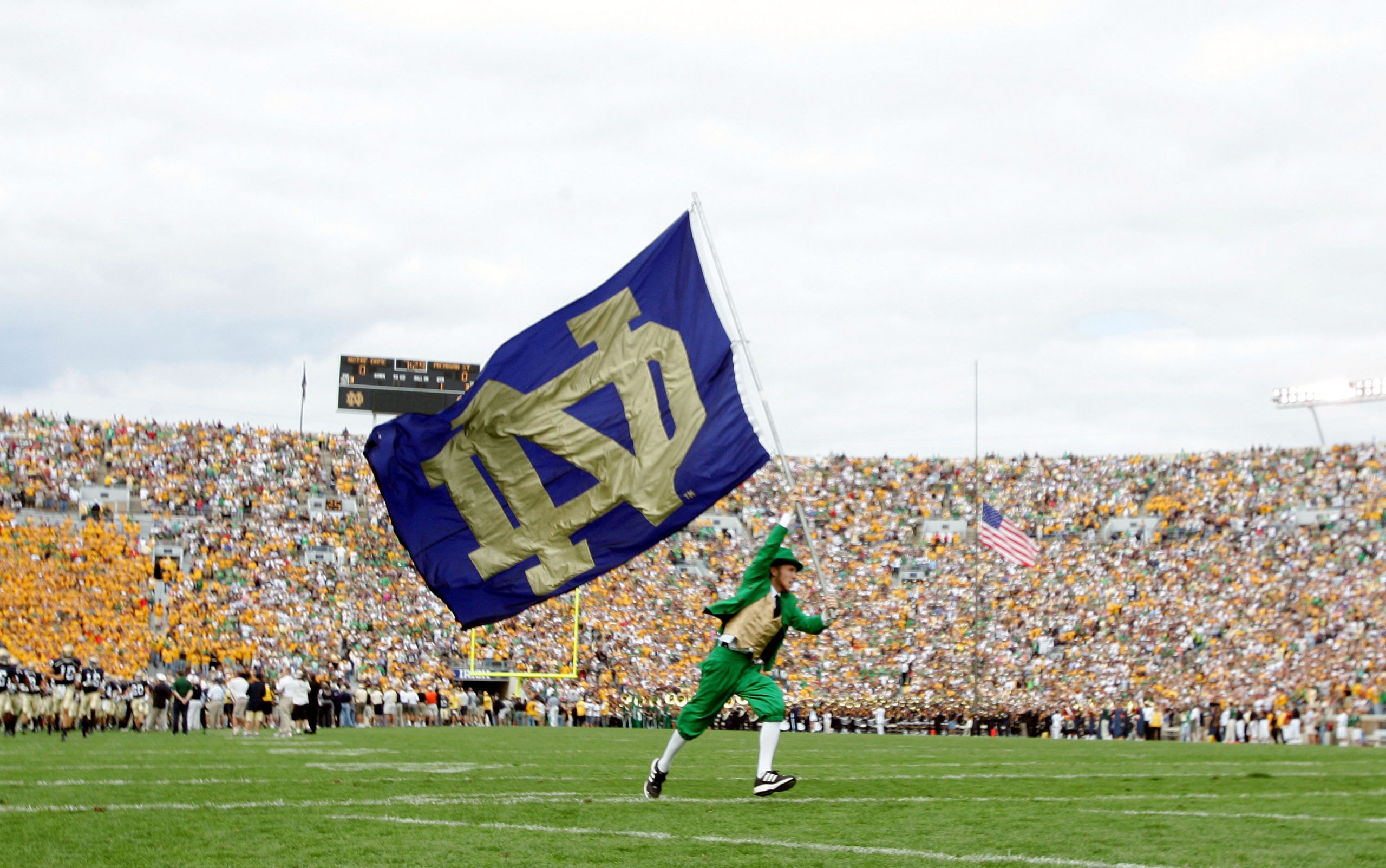 SOUTH BEND, IN – SEPTEMBER 17: The Notre Dame Fighting Irish mascot carries the school flag on the field before the game against the Michigan State Spartans on September 17, 2005 at Notre Dame Stadium in South Bend, Indiana. (Photo by Elsa/Getty Images)

“One of the important reasons he has my trust is because nobody has been a stronger advocate for the unborn than President Trump,” Holtz said Wednesday night. “The Biden-Harris ticket is the most radically pro-abortion campaign in history. They and other politicians are ‘Catholics in Name Only’ and abandon innocent lives. President Trump protects those lives.”

The football coach continued, “I used to ask our athletes at Notre Dame, ‘If you did not show up who would miss you and why?’”

“Can you imagine what would happen to us if President Trump had not shown up in 2016 to run for President?” he concluded. “I am so glad he showed up.”