No parent should ever have to bury a child. But two years ago, a gunman walked into Marjory Stoneman Douglas High School in Parkland Florida and changed my life forever.

One of the seniors walking the hallways that day was my precious daughter, Meadow. She was months away from graduation. I had watched her grow up from a little girl to an outstanding young woman — we were so proud.

But in the hallway on the third floor, the gunman saw Meadow and shot her four times. Meadow crawled to drape herself over another student — a freshman girl — to protect her. Then that animal shot Meadow five more times. 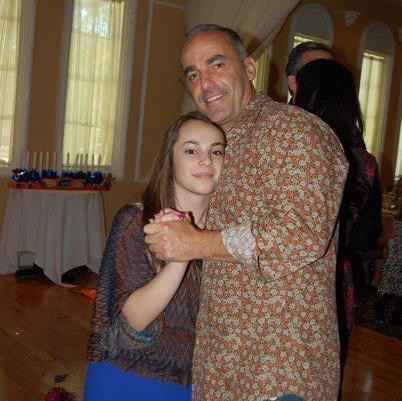 A few days later, President Donald Trump invited me to the White House. I had just buried my daughter. I was not interested in a public tour or photo-op. I just wanted answers and solutions.

He met with me personally and I cut right to the chase. I told him that his administration needed to take a closer look at what went wrong and why. He didn’t shower me with the typical BS. He listened and he promised to act.

I got to see who President Trump really was — a man of compassion and strength.

Then, like always, President Trump did what he promised and took immediate action. He formed a School Safety Commission that issued dozens of recommendations to make schools safer. But many of you reading this probably never heard about that. Instead, the media turned my daughter’s murder into a coordinated attack on President Trump, Republicans and the Second Amendment. It was disgusting and served as a painful reminder that many in the media just aren’t interested in the facts.

Realizing this cold hard truth, I did my own research, and I found out a lot.

Again, I’ve never considered myself to be a partisan, political person, but I refused to allow the Democrat Party and their media allies to use my Meadow’s story to advance their partisan political agenda. Especially after I realized that it was their agenda that made the most avoidable mass murder in American history almost inevitable.

Partisan Democrats in our school district had implemented something they called “restorative justice.” This policy – which really just blames teachers for student failures and pressures principals to sweep serious problems under the rug – placed kids and teachers at risk and made the shooting more likely to happen. It was billed as a pioneering approach to discipline and safety at the time.

Then, the Obama-Biden administration took Parkland’s senseless, bad policies and forced them onto schools across America.

Fortunately, President Trump rescinded the Obama-Biden administration’s “restorative justice” policies and put an end to that.

It’s hard to tell how much Joe Biden understands about what happened at Parkland. He once said he was vice president when it happened: on February 14, 2018. But he has campaigned on bringing those “restorative justice” policies back as part of his “Unity Platform” with Bernie Sanders.

Joe Biden may not know that his policies make shootings more likely to happen, but I do. No one understands the impact more than me. As a result, Biden is campaigning for policies that will put our children in danger.

If he is elected, the policies that caused the Parkland massacre will be forced into your child’s school. There will be nothing you can do to stop it.

I had no idea what was really happening in my child’s school. I had no idea the district had a policy to put convicted murderers and rapists back in the classroom next to my daughter.

I truly believe the safety of our children, and our nation as a whole, is at stake this November. We must ensure that President Trump is reelected for the sake of our students.

Andrew Pollack is the father of Meadow Pollack, a victim of the Parkland, Florida, high school shooting.