Following the death of Justice Antonin Scalia, Obama nominated Garland, who had been the chief judge of the U.S. Court of Appeals for the District of Columbia. However, Senate Majority Leader Mitch McConnell vowed to block a confirmation vote for Garland until after the 2016 presidential election, The Washington Post reported.

“The American people should have a voice in the selection of their next Supreme Court Justice,” McConnell said, according to Politico. “Therefore, this vacancy should not be filled until we have a new president.” 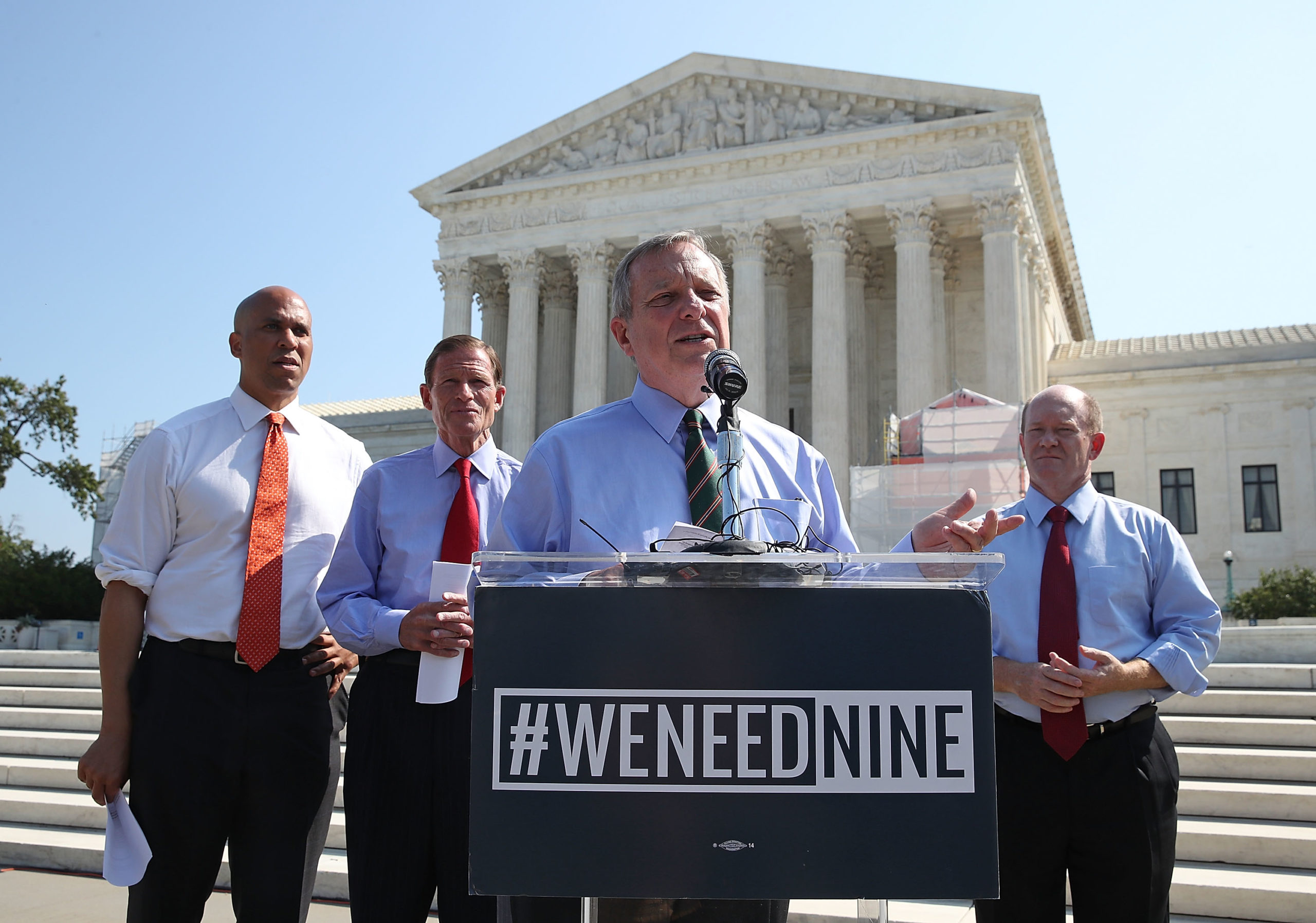 Although Democratic presidential nominee Joe Biden favored putting off a confirmation hearing during an election year in 1992 as a senator, Biden supported Garland’s confirmation in 2016 as vice president, according to ABC News. He said there was no supposed “Biden Rule” concerning Supreme Court nominations in an election year.

“Deciding in advance simply to turn your back before the president even names a nominee is not an option the Constitution leaves open,” Biden said, according to Business Insider. “It’s a plain abdication from the Senate’s duty. … [It’s] never occurred before in our history.”

Senate Minority Leader Chuck Schumer tweeted: “Garland has integrity, a brilliant legal mind & is a perfect fit for [the Supreme Court]. GOP inaction does our country a great disservice.”

And then-House Minority Leader Nancy Pelosi tweeted: “Judge Merrick Garland, is a respected jurist who must be given a fair hearing & timely vote.”

Sen. Bernie Sanders, an Independent who caucuses with Democrats, tweeted, “Judge Garland is a strong nominee with decades of experience on the bench. [Obama] has done his job. It’s time for Republicans to do theirs.”

Meanwhile, Sen. Elizabeth Warren tweeted that Republicans must “ditch their extremism” and schedule a vote for Garland.

Then-Senate Minority Leader Harry Reid said the Senate should consider a nominee immediately, according to Politico.

“It would be unprecedented in recent history for the Supreme Court to go a year with a vacant seat,” Reid said, Politico reported. “Failing to fill this vacancy would be a shameful abdication of one of the Senate’s most essential Constitutional responsibilities.”