President Donald Trump flipped the script on U.S. foreign policy by promoting an America-first doctrine. “The future does not belong to globalists. The future belongs to patriots,” he famously told the United Nations General Assembly in a September 2019 speech.

His reversal of the decades-long consensus of liberal internationalism has not sat well with the establishment. Democratic presidential nominee Joe Biden, neo-conservative Never Trumpers and corporate media outlets like The Washington Post and The New York Times have all branded Trump’s foreign policy as isolationist and dangerous.

Trump’s America First foreign policy is about “reasserting American sovereignty and the right of all nations to determine their own futures,” according to the White House. Trump has pursued this goal by “leading a coalition of strong and independent nations to promote security, prosperity, and peace.” 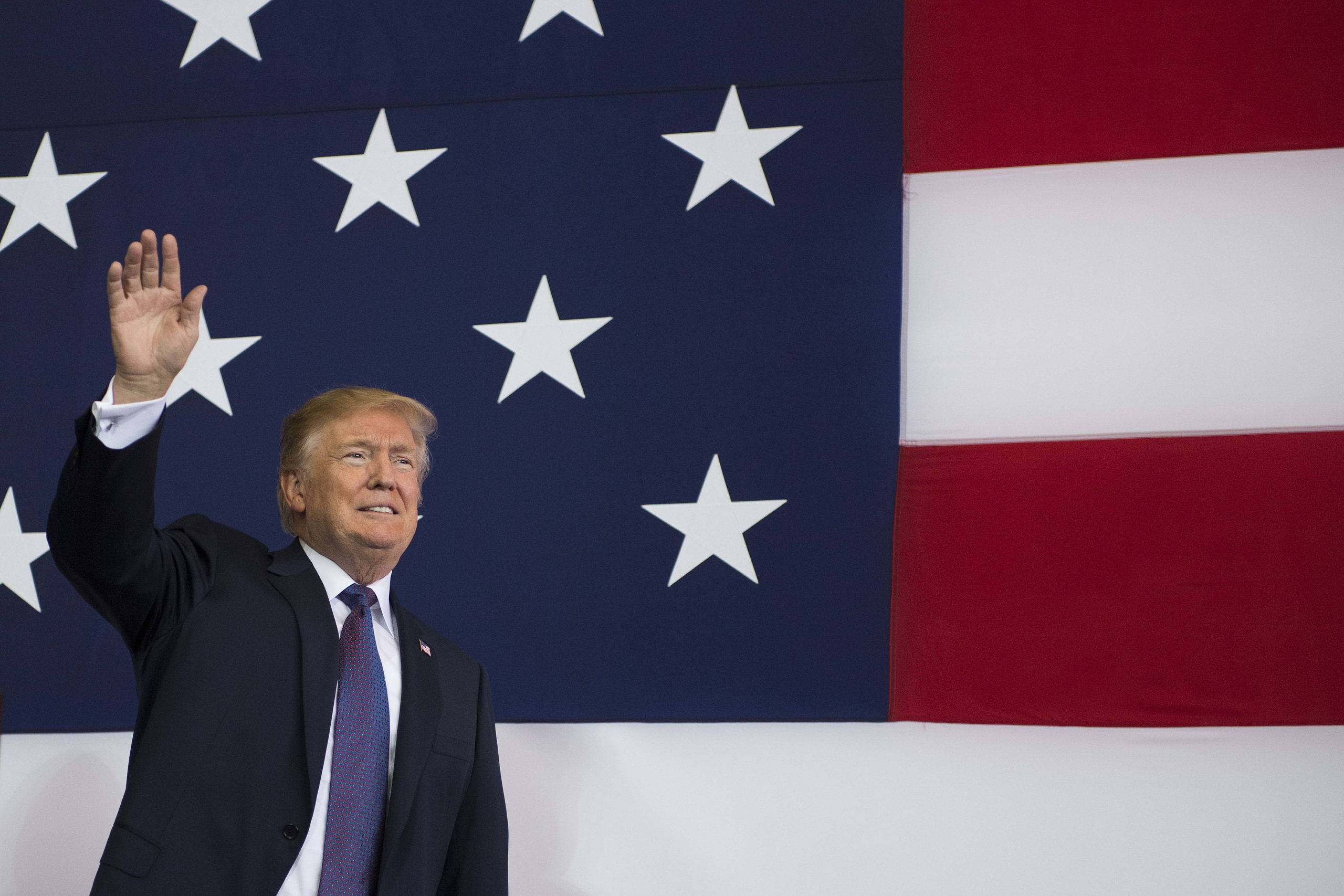 An America First foreign policy has not broken alliances or led to more war, as the establishment feared. The president’s personal style of diplomacy has earned him friends too — these four countries in particular have been close allies and whose citizens view Trump in a more favorable light than they did President Barack Obama according to polling data.

“Israel is a light unto the world.  The hearts and history of our people are woven together,” Trump said in a joint statement with Israeli Prime Minister Benjamin Netanyahu in January. Trump might arguably be the most pro-Israel president in modern history.

Earlier in 2020, 83% of Israelis said they have a favorable opinion of the U.S. according to Pew Research Center polling data. Trump and Netanyahu, who leads the conservative Likud party, have used personal diplomacy to advance relations between the two countries, according to USA Today. 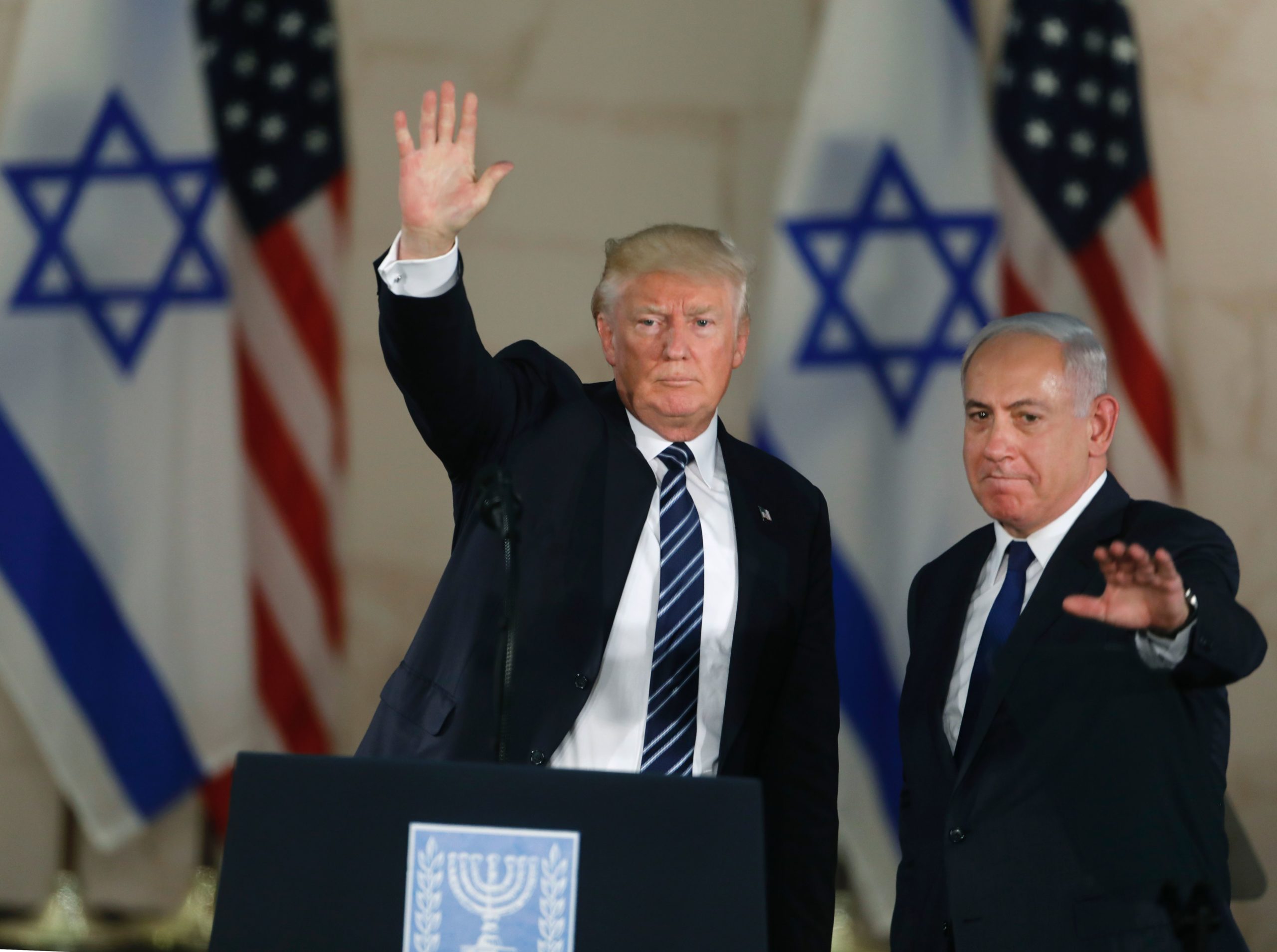 The U.S. recognized Jerusalem as the capital of Israel in December 2017 and opened an embassy in the city during a ceremony May 14, 2018. Trump announced the Golan Heights would be considered part of Israel on March 2019 and Secretary of State Mike Pompeo said in November 2019 that the U.S. would not consider West Bank settlements illegal, The Wall Street Journal reported.

The Trump administration requested $3.3 billion in aid to Israel and $500 million in missile defense aid for the 2020 fiscal year. Israel is one of the largest importers of American weapons and has spent billions on weaponry and military equipment, according to the Institute for Policy Studies.

In a move heavily favored by Israel, Trump withdrew from the Iran nuclear deal in May 2018. A diplomatic breakthrough earlier this month led to the United Arab Emirates and Bahrain formalizing diplomatic ties with Israel.

“We’ve come to your nation to deliver a very important message: America loves Poland, and America loves the Polish people,” Trump said in a speech in the Polish capital Warsaw. The two countries have had a historically strong relationship and Poland has long been a critical U.S. ally and NATO member state.

Polling data indicates that 79% of Poles said they have a favorable opinion of the U.S. according to the Pew Research Center. Polish President Andrzej Duda, who is affiliated with the national conservative Law and Justice Party, has similar ideological leanings as Trump. 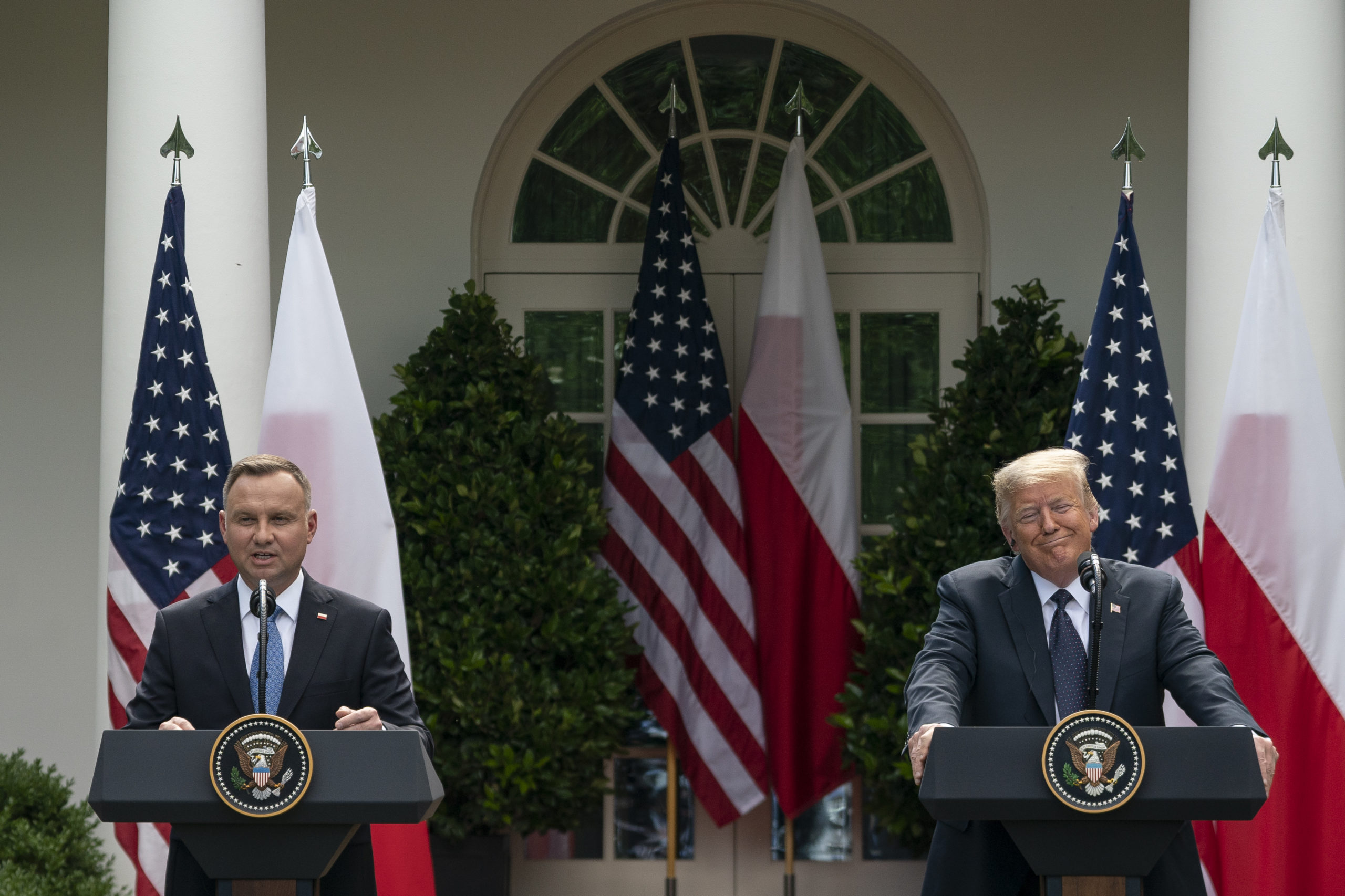 The two countries have further developed economic ties as the U.S. began flooding Polish markets with natural gas in 2019 as part of an effort to diminish Russia’s influence in the region. Poland has also aligned with American interests under the Trump administration with a tough approach on Middle Eastern refugees and the European Union.

Duda went to Washington, D.C. earlier this year where Trump congratulated him on his reelection and thanked Poland for meeting its defense spending requirements as a NATO member. Trump also announced that thousands of U.S. troops would be moved from Germany to Poland. Pompeo formalized this move in August with a defense cooperation agreement.

“America loves India, America respects India, and America will always be faithful and loyal friends to the Indian people,” Trump said during a visit to India earlier this year. India has arguably become more important to U.S. foreign policy since Trump took office.

Earlier in 2020, 60% of Indians said they have a favorable opinion of the U.S. according to Pew Research Center polling. Indian Prime Minister Narendra Modi, who leads the nationalist Bharatiya Janata Party, has been known for his strong personal relationship with Trump. 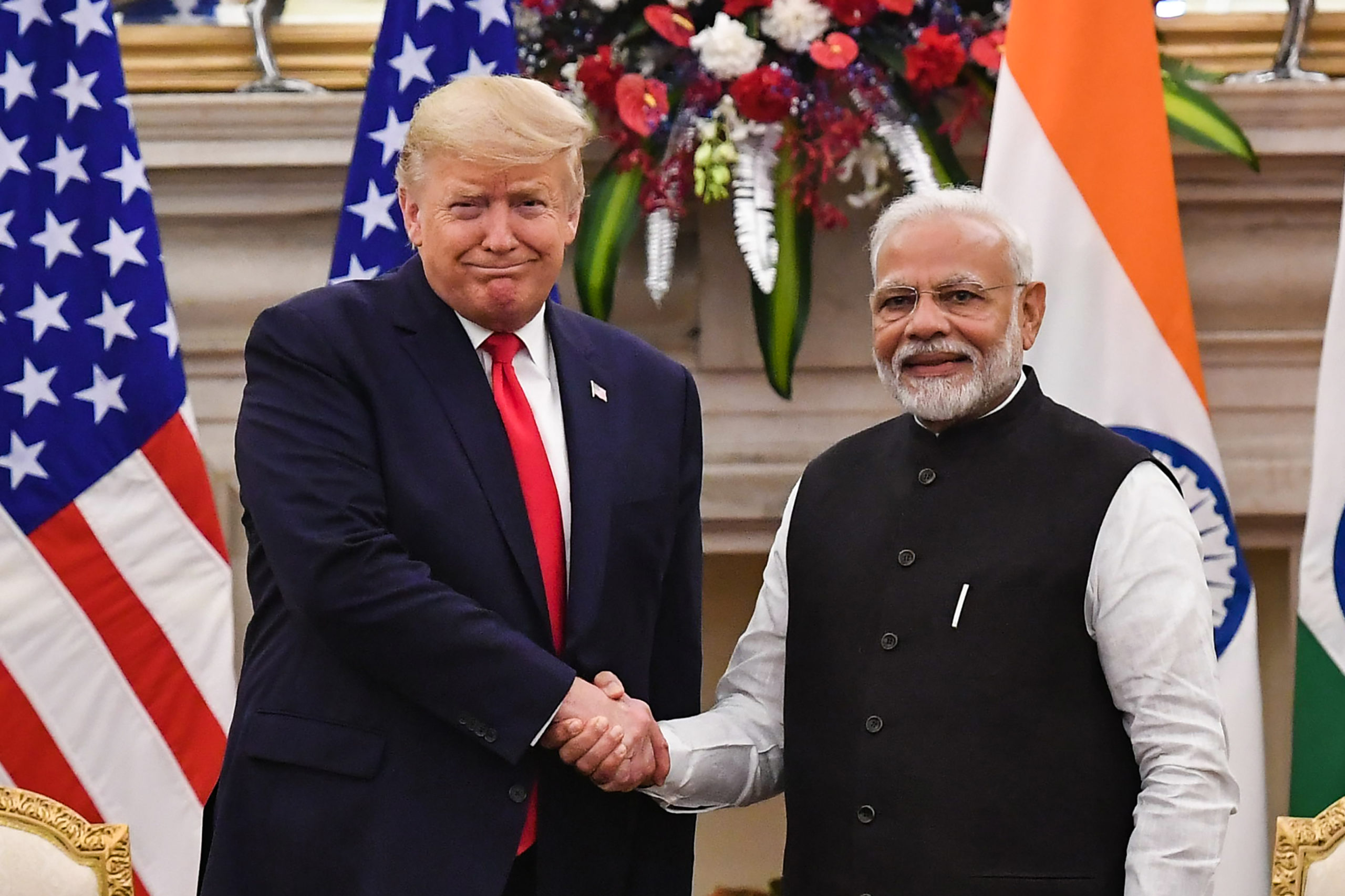 India and the U.S. have seen a greater lever of strategic cooperation amid counterterrorism efforts and a shared desire to counter the rise of China. The Trump administration also rebranded its vision of the region by adopting the term “Indo-Pacific,” which recognized India as a valuable strategic partner.

India is also a major buyer of American weapons — the country’s military agreed to purchase 24 Seahawk warfare helicopters for $2.6 billion and six Apache Guardian attack helicopters for $930 million in an arms deal earlier this year, The Economic Times reported.

The two countries have a bilateral trade relationship valued at $142 billion in 2018, according to the Indian Embassy, and the Indian government announced a plan earlier this year to build a comprehensive partnership that included negotiating new bilateral trade agreements.

“The United States deeply values and appreciates Nigeria’s role as a strong, democratic leader in the region,” Trump said in a joint statement with Nigerian President Muhammadu Buhari in 2018. Africa’s most populous country often flies under the radar but its relationship with the U.S. has improved under Trump.

Polling data indicates 62% of Nigerians said they have a favorable opinion of the U.S. according to Pew Research Center. Buhari appears to have gotten along well with Trump despite reports that Trump allegedly used demeaning language to refer to Africa, according to The New York Times. 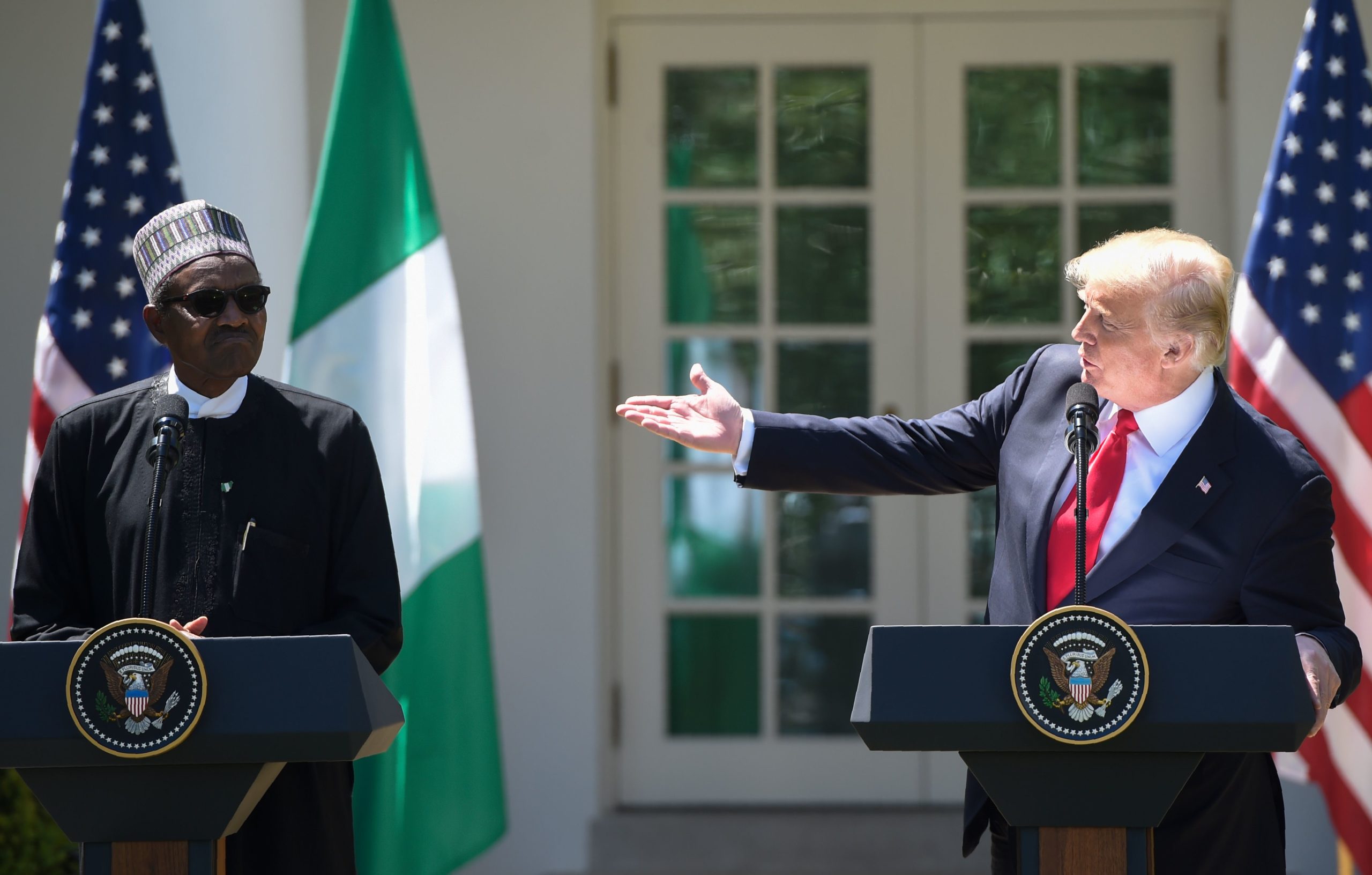 The U.S. is the largest foreign investor in Nigeria and the two countries have a significant economic partnership given Nigeria’s vast energy reserves, the State Department said in a 2019 statement. The two countries have a comprehensive bilateral trade and investment framework that saw nearly $9 billion of trade in 2017.

Nigeria has faced a terrorist insurgency for several years caused by the terrorist group Boko Haram, which has killed more than 37,500 people since 2011 according to the Council on Foreign Relations. The Trump administration offered military aid to the country for counterterrorism in 2017, including helicopters and light aircraft, France 24 reported.