As Election Day draws closer, Americans should be well aware of the differences between President Donald Trump and former Vice President Joe Biden when it comes to their Second Amendment rights.

One of the most dangerous pillars of Biden’s gun control platform is a proposed ban and “voluntary” buyback scheme for Modern Sporting Rifles (MSRs). Fresh data released by the FBI clearly demonstrates that there is no logic behind banning the most popular type of rifle in America today. 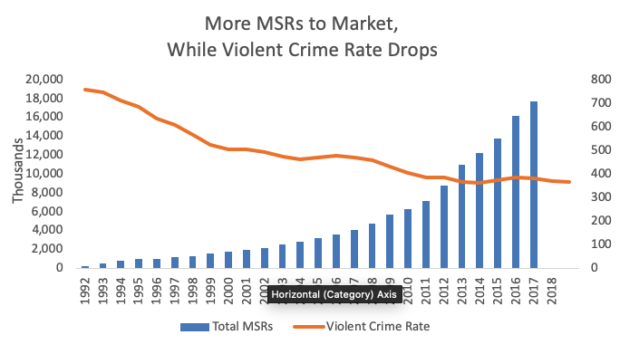 According to the FBI’s 2019 Uniform Crime Report, both the numbers of violent crime and the rate dropped in 2019 compared to 2018. The total number of violent crimes was 3.8 percent below the 2010 level and, the violent crime rate per 100,000 inhabitants fell 9.3 percent from the 2010 estimate. 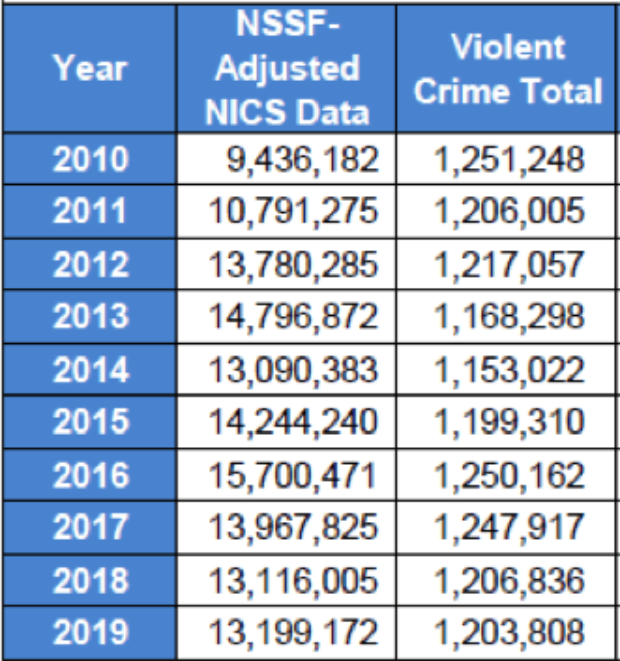 This continued drop in violent crime, while the number of MSRs in the U.S. has soared to more than 18 million in circulation today, is a clear indication that Biden’s proposed ban has nothing to do with reducing crime. It is simply a way to ensure Americans are not allowed to choose whether and how to exercise their Constitutional right to bear arms.

With the high levels of civil unrest in 2020, there is a broad expectation that next year’s report will show higher crime data when it is released. However, it is crucial to note that the expected increase is not tied to the long-term trends of more gun owners and — less crime. It’s critical that those who value their gun rights take note now because if gun owners fail to get out and vote, and are faced with a President Biden, this fact will be distorted to suit his gun control goals.