Democratic presidential nominee Joe Biden’s son Hunter Biden has ties to Ukrainian gas company Burisma, which have been the cause of general suspicion for several years but have recently become a public focal point.

A Wednesday New York Post report shows emails that suggest — if legitimate — that Joe Biden had both been aware of and participated in his son Hunter Biden’s business dealings in Ukraine and China, contradicting the nominee’s earlier denials. Burisma Holdings placed Hunter Biden on its board in 2014, shortly after his father took over as the Obama administration’s chief liaison to Ukraine.

One of the administration’s stated goals was to help Ukraine fix its problems with corruption. But State Department officials questioned whether the younger Biden’s work for Burisma posed a problem because the company’s owner, Mykola Zlochevsky, was under investigation for money laundering and extortion.

A September Senate committee report also states that State Department officials expressed reservations in 2015 and 2016 about Biden’s links to Burisma Holdings, a Ukrainian energy company that has been dogged by bribery allegations. 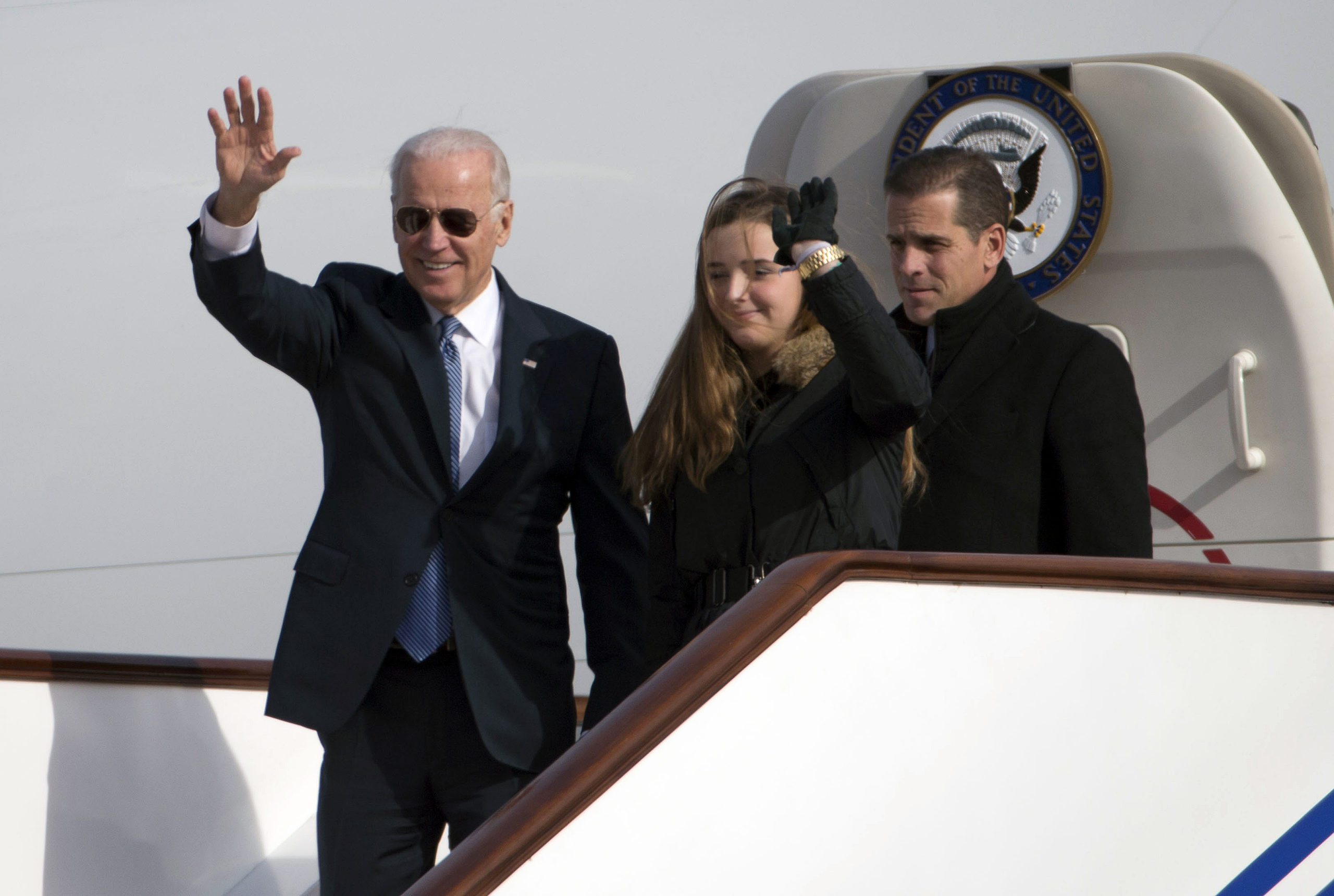 US Vice President Joe Biden waves as he walks out of Air Force Two with his granddaughter, Finnegan Biden (C) and son Hunter Biden (R) upon their arrival in Beijing on Dec. 4, 2013. Biden arrived in Beijing on Decmber 4 amid rising friction over a Chinese air zone, needing to tread between bolstering ties with the rising power and underscoring alliances with Tokyo and Seoul. (NG HAN GUAN/AFP via Getty Images)

The New York Post published a story Wednesday that details an alleged meeting with Hunter Biden, then-Vice President Joe Biden and a top executive of the Ukrainian gas company Burisma in 2015. The unconfirmed email was part of what the Post described as a “massive trove of data recovered from a laptop computer” that was dropped off at an unidentified Delaware computer repair shop in April 2019.

The origin of the emails has come under scrutiny because they fell into the hands of Rudy Giuliani, the personal lawyer for President Donald Trump, who has led his own investigation into the Bidens’ ties to Ukraine. Federal prosecutors issued a subpoena for the device in December 2019, according to the Post. The repairman said he made a copy of the hard drive before providing it to prosecutors and shared it with a lawyer for Giuliani, per the same report.

The meeting described in the purported email between the Bidens and Vadym Pozharskyi, an adviser to Burisma’s board of directors, came less than a year before Joe Biden pressured former Ukrainian President Petro Poroshenko to fire a prosecutor who was reportedly investigating Burisma in return for a $1 billion loan guarantee.

“Dear Hunter, thank you for inviting me to DC and giving an opportunity to meet your father and spent some time together,” Pozharskyi allegedly wrote to Hunter Biden in the April 2015 email, per the Post. “It’s really an honor and pleasure.” 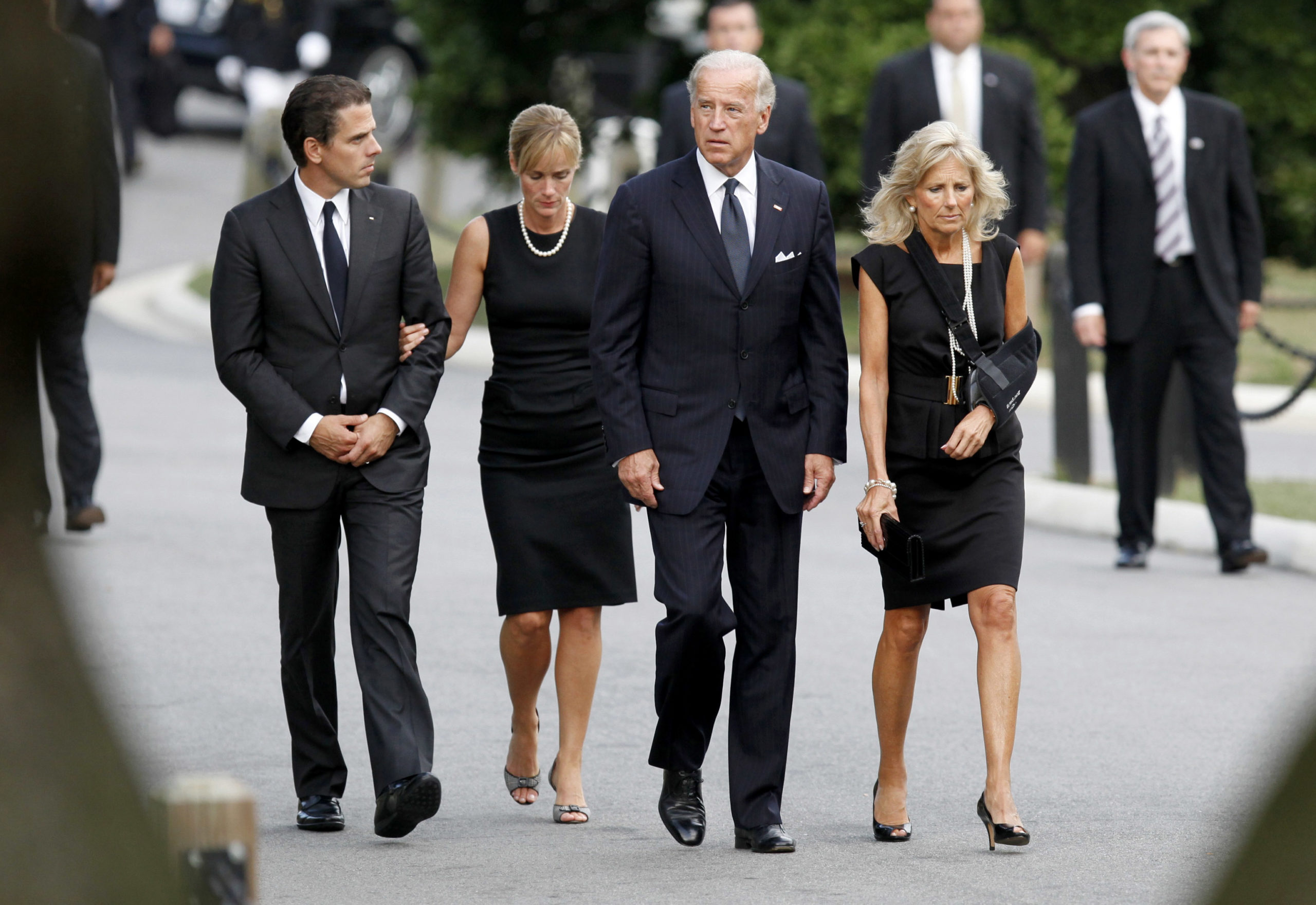 In addition to the email, the Post published a number of photos allegedly from the same hard drive. The report of the meeting runs counter to Joe Biden’s claim in September 2019 that he has “never spoken to [his] son about his overseas business dealings.”

The same week the New York Post story broke, Fox News anchor Tucker Carlson reported unconfirmed emails revealing that an executive at Burisma Holdings told Hunter Biden in November 2015 that he wanted high-ranking U.S. officials to express their support for the Ukrainian energy firm as part of an effort to shut down investigations against the company’s owner.

Pozharskyi emailed Hunter Biden and his business associate Devon Archer on Nov. 2, 2015, laying out a series of “deliverables” he sought for the company, according to Carlson. Biden and Archer served on Burisma’s board of directors at the time. They were reportedly paid more than $80,000 a month in that role despite having no apparent experience in the European energy sector.

Pozharskyi told Biden and Archer that he wanted “high-ranking U.S. officials to express their ‘positive opinion of Burisma,” according to Carlson.

“The scope of work should also include organization of a visit of a number of widely recognized and influential current and/or former US policy-makers to Ukraine in November,” Pozharskyi wrote in the purported email, which was reviewed but not authenticated by the Daily Caller News Foundation.

Twitter and Facebook censored the Post articles throughout Wednesday and Thursday, with Twitter going so far as to ban users from sharing the link, even through direct messages. Republicans argue Twitter’s actions crossed a line, with party leaders across the government searching for ways to hold the platform accountable.

Despite the timely reports about Hunter Biden, neither Joe Biden nor President Donald Trump got a single question about recent allegations of corruption against the Democratic nominee at their respective town halls Thursday evening. (RELATED: Two Townhalls And Not A Single Question About Hunter Biden Email Allegations)

During a Daily Caller exclusive interview with Giuliani that was released Friday, Giuliani claimed that direct evidence implicating Joe Biden in a pay-for-play corruption scandal will be released to the public 10 days prior to the 2020 election.

Though he claimed the information he said he will release in the coming weeks would severely compromise Biden’s campaign, he would not commit to ever releasing the hard drive in its entirety to be inspected by the media. The hard drive allegedly contains the emails and text messages pulled from a hard drive previously owned by Hunter Biden. (RELATED: EXCLUSIVE: 1-On-1 With Rudy Giuliani — What Haven’t We Seen From The Hunter Biden Hard Drive, And Why Won’t He Release It In Full?)