Former New York Mayor Rudy Giuliani alleged that Hunter Biden admitted in an unverified text that he gave half his salary to his father, Democratic presidential nominee Joe Biden.

Giuliani, who is President Donald Trump’s personal attorney, made the accusation during an exclusive interview with Daily Caller White House correspondent Christian Datoc. Hunter Biden’s comments allegedly came during an unconfirmed text exchange with his daughter that hasn’t been reported or published and was obtained by Giuliani.

“All during the time that I’ve been disrespected, I’ve been the one who has supported this family for 30 years, and unlike pop I’m not going to require you to give half of your salary to me,” Giuliani said, quoting the unconfirmed text from Hunter Biden.

Giuliani alleged that the unverified text was “direct evidence” that Joe Biden leveraged his political power in the U.S. government to receive bribes from foreign actors through his son. Giuliani recited the alleged text from Hunter Biden after Datoc pushed him on not having direct evidence of corruption. (RELATED: EXCLUSIVE: Giuliani Explains How He Claims He Verified Hunter Biden’s Laptop) 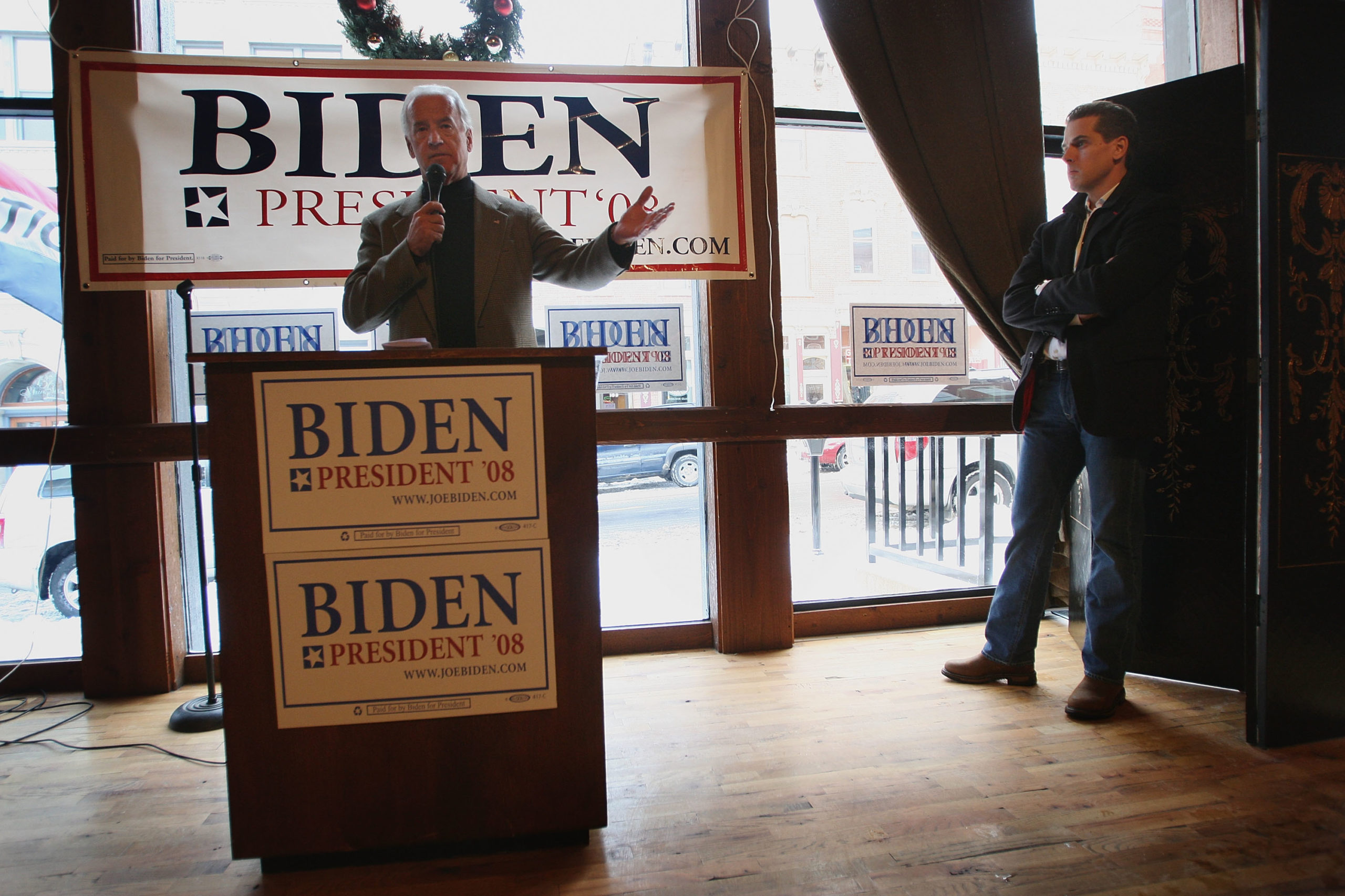 Joe Biden fields questions as his son Hunter Biden looks on at a campaign stop on Dec. 9 in Iowa. (Scott Olson/Getty Images)

“This guy has made a mockery out of being a senator and a vice president,” Giuliani, who alleged that the Bidens became millionaires through illicit bribery payments, told the Daily Caller.

Earlier in the interview, Giuliani said his allegations were supported by evidence he obtained from a hard drive he said belonged to Hunter Biden. The Daily Caller News Foundation has not verified the evidence, which includes emails and photos.

Giuliani said he obtained a copy of the hard drive from the owner of a Delaware computer hardware repair store. He said the store owner gave the original copy to the FBI, multiple copies to his friends and a final copy to Giuliani’s lawyer, Robert Costello.

The New York Post published the first in a series of articles reporting information, which Giuliani shared with the paper, from the alleged hard drive on Wednesday morning. One unconfirmed email appeared to indicate that Hunter Biden set up a meeting between an executive of the Ukrainian energy company Burisma Holdings and Joe Biden while he was vice president, according to the Post.