Metropolitan Police arrested two men, 42 and 44, in Mayfair over the theft of the 15th-century vase, according to the Associated Press. The antique was stolen from a collection in Switzerland in June 2019, and the British authorities are investigating the theft jointly with Swiss authorities, according to the Standard.

The suspects were arrested on suspicion of stolen goods and have been released on bail until mid-November, according to the AP.

“This is a significant step forward in what remains a complex investigation into a high-value burglary,” Detective Chief Inspector Jimi Tele of the force’s specialist crime unit said, according to the Standard.

“Whilst this vase is valued at around £2.5million, it is a one-off and unique and therefore has immeasurable cultural value. It will be repatriated in due course.”

Tele added that the organized crime group at the center of the investigation is also suspected of involvement in serious violence.

British police said the vase will be returned to Switzerland.

Numerous Chinese antiquities have been stolen in recent years from museums in the U.K. Police discovered that several artifacts from the 12th to 18th century were stolen from the Museum of East Asian Art in Bath in 2018. Police suspected a targeted attack, according to the Art Newspaper. An organized crime gang was also suspected of plotting raids on museums and auction houses in 2016, and then selling stolen Chinese antiquities to Chinese buyers, a lucrative market. 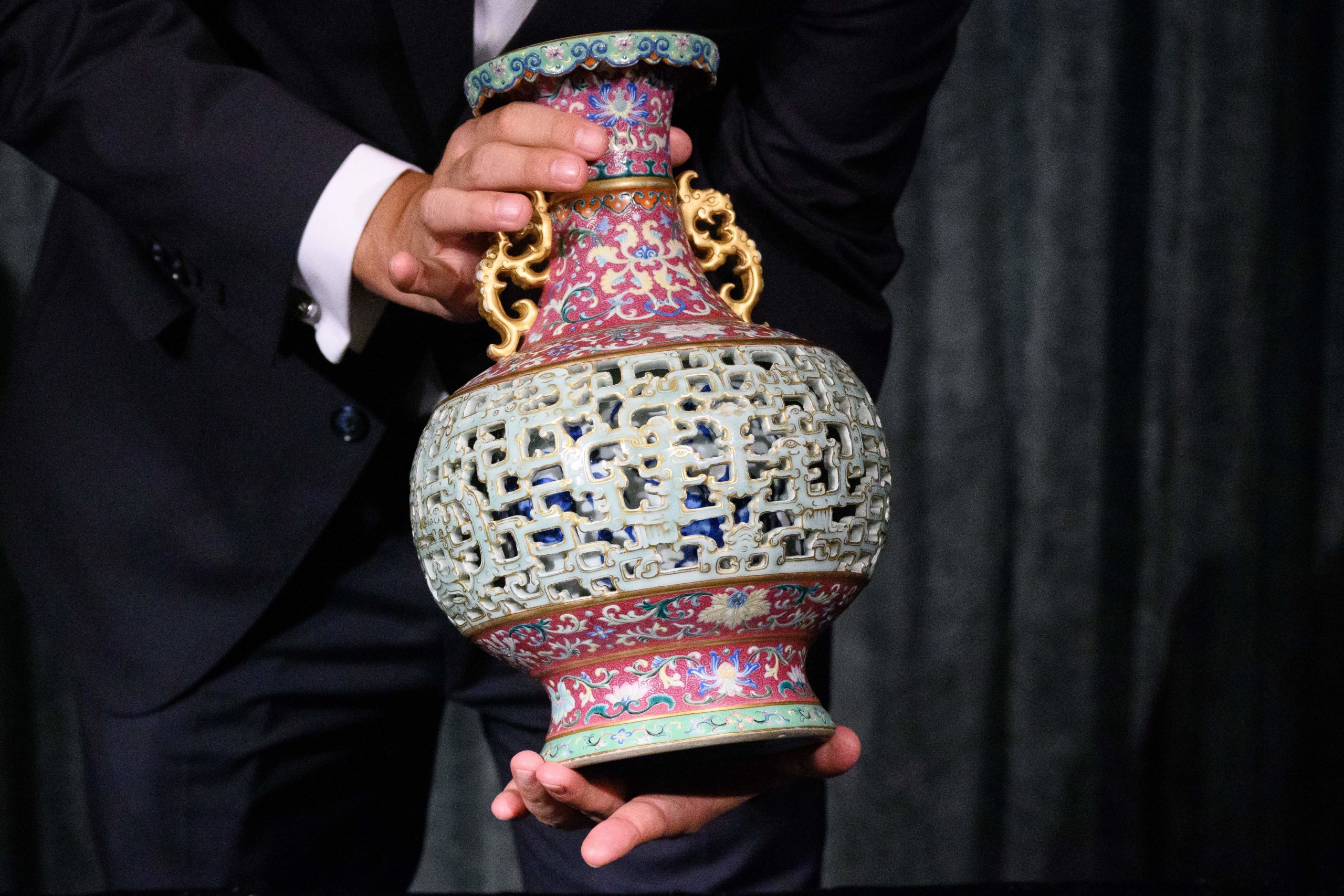 Nicolas Chow, Chairman of Sotheby’s Asia, holds the Harry Garner Reticulated Vase, a lost masterpiece of Chinese porcelain produced in limited quantities between 1742 and 1743 for the Qianlong emperor, during a media preview at Sotheby’s in Hong Kong on June 26, 2020. (Photo by ANTHONY WALLACE/AFP via Getty Images)

In April 2012, a jade bowl worth at least $2.6 million (£2 million) and a figurine were stolen from Durham’s Oriental Museum and left at a planned “deposition site,” according to the Guardian. The same month, hired burglars successfully stole more than a dozen jade pieces valued at $19 million (£15 million) from the Fitzwilliam Museum.