Authorities in Mexico were shocked Sunday when they seized a large, industrial-scale meth and fentanyl lab capable of processing 11,000 pounds of raw material at a time.

The lab was discovered last week in a fake storefront advertising industrial cleaning products near Mexico City, according to CBS News. The storefront concealed a massive warehouse that contained 265-gallon tanks holding chemicals used to make synthetic fentanyl as well as other narcotics, per the AP. 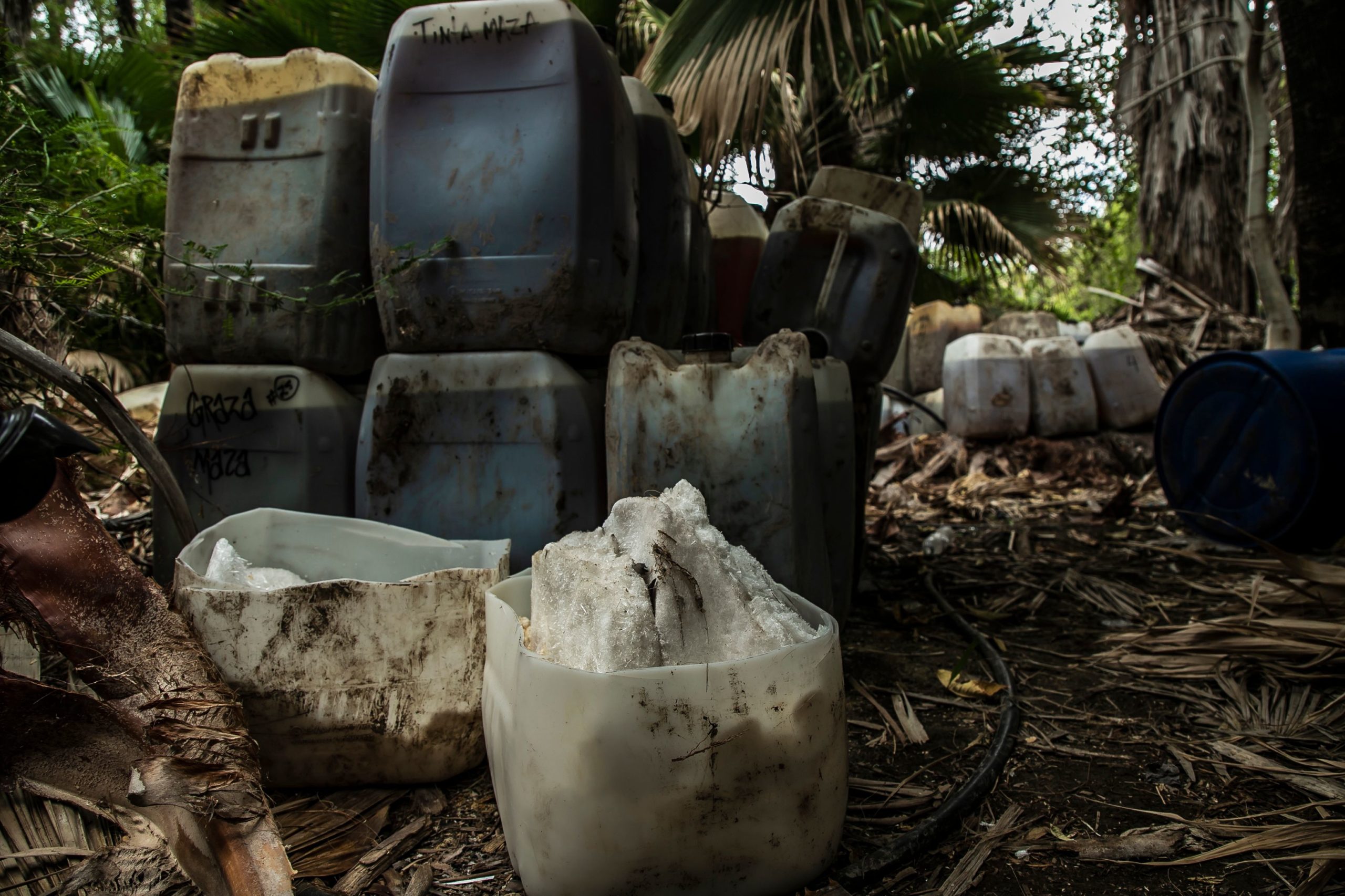 View of one of the three clandestine laboratories producers of synthetic drug, mainly methamphetamine, during their dismantle in El Dorado, Sinaloa state, Mexico on June 4, 2019. (Photo by RASHIDE FRIAS / AFP) (Photo credit should read RASHIDE FRIAS/AFP via Getty Images)

The bust was possible after authorities launched a series of coordinated raids, code-named “Blue” at properties across Mexico, according to the same report. (RELATED: US Border Officials Seize More Than 150 Pounds of Liquid Meth Disguised As Water Bottles)

Authorities arrested an engineer who allegedly built and ran labs for an organized crime group at another property in Mexico City.  A drum of what was likely a precursor to fentanyl was found at the site, along with processing instructions.

In another lab raided in Sonora, authorities found 290 kilograms of meth “with a high level of purity.” Some of the drugs were supposed to be sent to the U.S., the AP reported.

All three sites raided were tied to a drug cartel in Sinaloa. Mexican marines had intelligence that fentanyl precursors were being imported from a Hong Kong based company. Marines then traced a shipment of containers that departed from a Japanese port to the seaport of Ensenada, per the AP. An undisclosed amount of three precursor chemicals were found in the containers.