More than 20 million Americans are under some sort of winter weather watch, warning or advisory from the Southwest through the Midwest as of Monday.

The Weather Channel has dubbed the storm “Winter Storm Billy” and said the storm will bring snow throughout parts of the Southern Rockies, the Central Plains and Missouri. (RELATED: Largest Wildfire In Colorado History Could Merge With Second Massive Blaze, Officials Warn)

From Arizona to Wisconsin, residents could see snow fall Monday, while those further south, like in Texas and Oklahoma, will see freezing rain and sleet, according to CNN. Ice in Texas and Oklahoma is expected to accumulate roughly half an inch, which could cause dangerous travel conditions and knock power out, per the same article. Oklahoma City is under an Ice Storm Warning.

Temperatures in North Texas are roughly 25 degrees Fahrenheit below average. Texans living in the Texas Panhandle area could see one to two inches of snow during the area’s first Winter Storm Warning of the season, according to CBS Dallas-Ft. Worth. 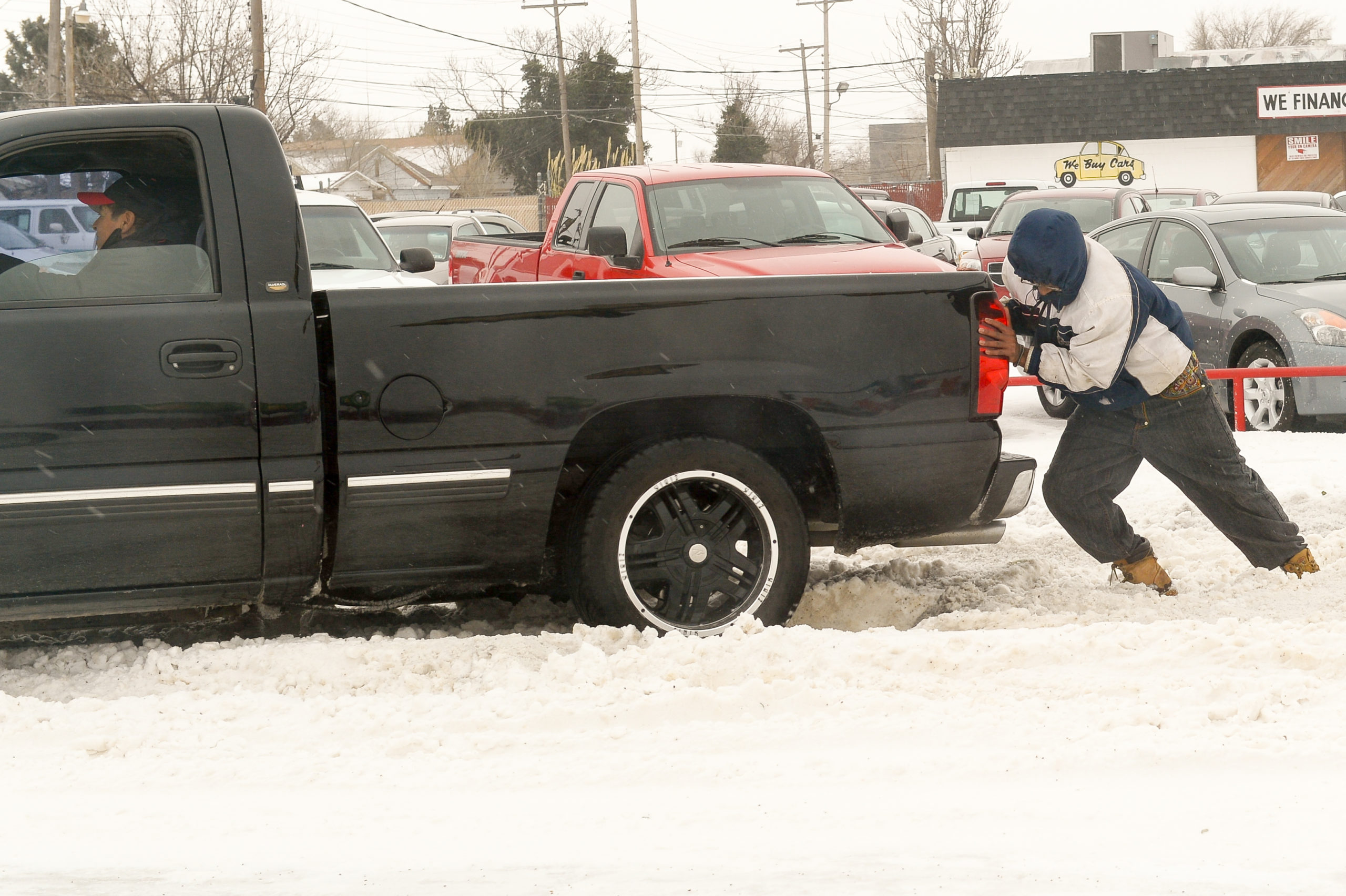 LUBBOCK, TEXAS – DEC. 27: A driver receives a helpful push to escape from a snow drift on Dec. 27, 2015 in Lubbock, Texas. Coming on the heels of several strong tornadoes, some northern parts of Texas are experiencing blizzard conditions with wind gusts up to 50 mph and as much as 13 inches of snow forecast. (Photo by John Weast/Getty Images)While temperatures in Arizona won’t be as cold as some other states, some areas in the state could see a low of 46 degrees on Tuesday — the first temperature in the 40s since March, according to AZ Central.

Some areas of Colorado and New Mexico are expected to see two feet of snow, which comes as a bit of relief as wildfires continue to rage in Colorado’s Boulder and Larimer Counties, according to The Denver Channel. In Aguiilar, Colorado, there was already 14 inches recorded from snowfall Sunday into Monday, per the same report.