Some types of businesses in the U.K. could require potential patrons to show them an app as proof that they were vaccinated against the coronavirus in order to enter, the BBC reported.

Nadhim Zahawi, England’s vaccine minister, said the government is looking at implementing an immunity passport by adding an individual’s vaccine status into an existing COVID-19 app that is used for contact tracing, according to the BBC.

Vaccines minister Nadhim Zahawi suggests Brits who dont have a jab could be banned from cinemas and the footie. “I think you’ll probably find that restaurants and bars and cinemas and other venues, sports venues, will probably also use that system”

A future version of the app could include test results and vaccinations, which privacy experts have raised concerns about due to the potential for employers or public places making the apps use for vaccination proof compulsory.

The government, however, is reportedly “looking at the technology” and Zahawi says that the potential new feature could be used by private businesses.

“I think you’ll probably find restaurants and bars and cinemas and sports venues will probably also use that system, as they’ve done with the app,” he said on Radio 4, according to the BBC.

“I think that in many ways the pressure will come from both ways. From service providers who’ll say: ‘Look, demonstrate to us that you have been vaccinated.’ But, also, we will make the technology as easy and accessible as possible,” he added, according to the Guardian. 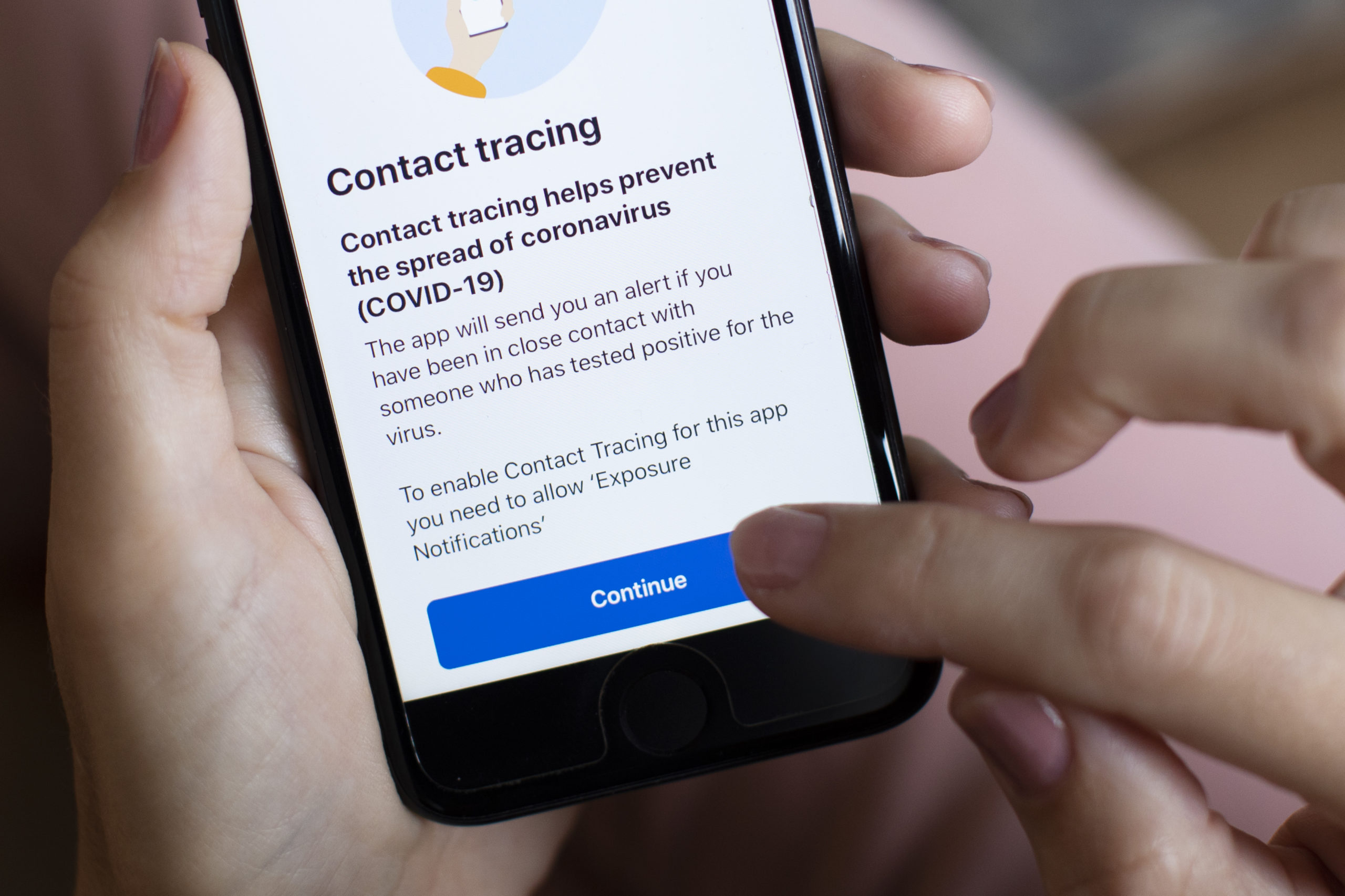 LONDON, ENGLAND – SEPTEMBER 24: In this photo illustration, the UK governments new test and trace application is displayed on a handheld device, on September 24, 2020 in London, England. (Photo by Dan Kitwood/Getty Images)

Health secretary Matt Hancock reportedly said during a press conference that the vaccine would not be mandatory, although it would be encouraged.

The U.K. is expected to authorize the use of the Pfizer vaccine, which could be distributed to hospitals as soon as Dec. 7. The U.K.’s National Health Service (NHS) staff, care home residents and those over the age of 80 would be the first groups to get the vaccine, according to the Guardian. Those at care homes may receive the Oxford/AstraZeneca vaccine instead, which does not need to be stored at ultra-cold temperatures and can be easily moved.

Pfizer announced in early November that their vaccine was over 90% effective with no serious safety concerns aside from side effects which included fatigue, chills and fever. In the U.S., the company submitted an emergency use authorization to the Food and Drug Administration (FDA) on Nov. 20 and is awaiting authorization. (RELATED: United Airlines Flight Carrying First Doses Of Pfizer Vaccine Arrives In Chicago As Part Of Distribution Plan)