Over 6,000 U.S. military mishaps have killed 224 aircrew members, destroyed 186 planes and cost $11.6 billion between 2013 and 2018, according to The Hill. (RELATED: Aviation Mishaps Are Skyrocketing For Nearly Every Branch Of The US Armed Forces) 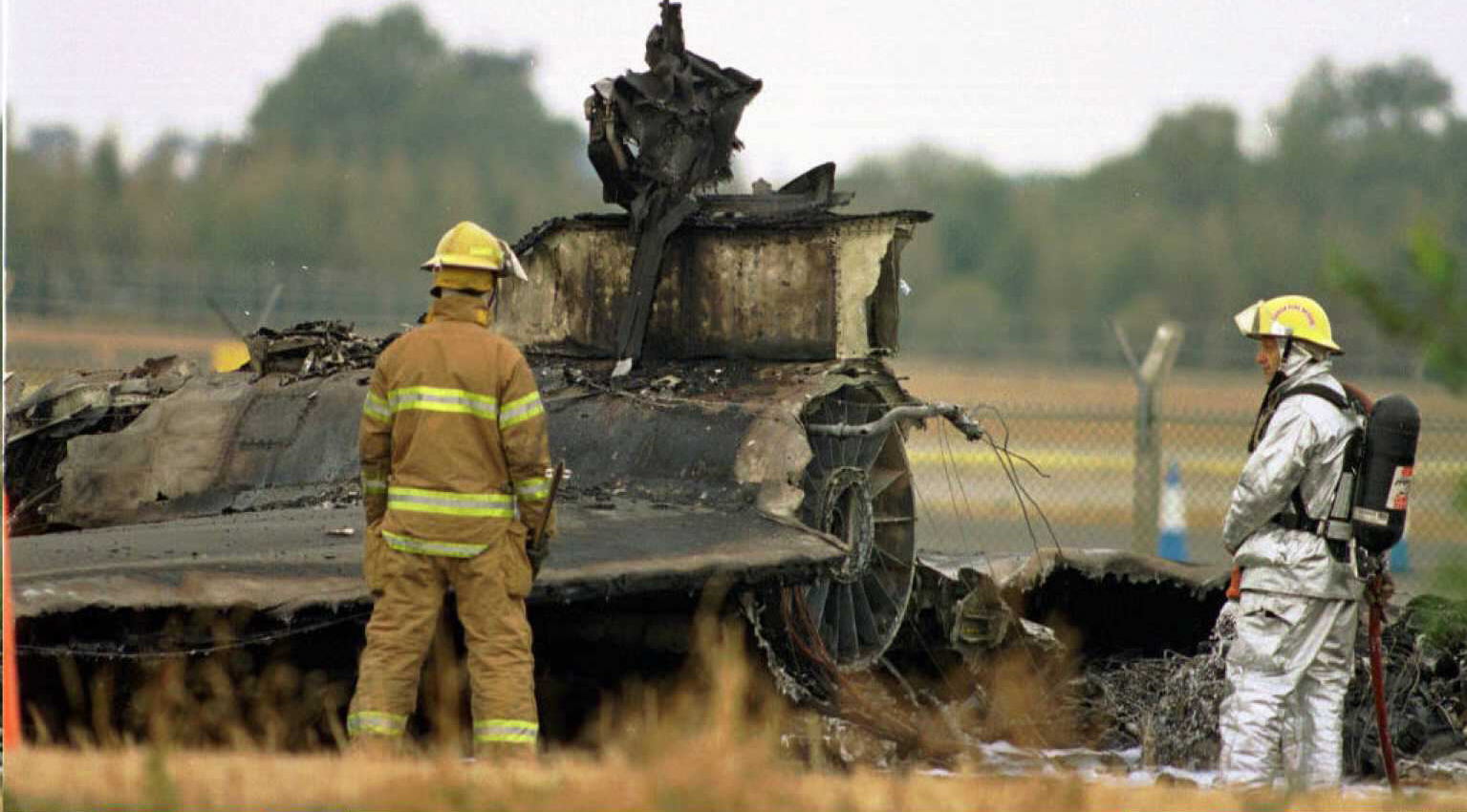 US Air Force firecrews survey the wreckage of the U2 reconnaissance plane, which crashed during take-off 29 August from the former US Air Force base at Fairford, 70 miles west of London. (STR/AFP via Getty Images)

The report states that the Commission visited over 200 aviation-related military organizations and met with thousands of aviation professionals to discuss the issues causing aviation malpractices. “We came away deeply troubled by the chronic fatigue we saw among these brave servicemembers. The current operations tempo (OPTEMPO) is leading to unsafe practices and driving experienced aviators and maintainers out of the force”, states the National Commission on Military Aviation Safety.

Service members repeatedly noted inadequate training programs, distracting administrative tasks, insufficient funding, unsafe maintenance practices and a demanding workload as the factors that they believe will cause the next mishap, according to The Hill. (RELATED: Fatal Military Aviation Accidents Linked to 2013 Defense Budget Cuts)

The Commission’s report also states that pilots are “reporting to operational units without basic skills” and “flight hours are being replaced with simulator hours, yet the simulators are often outdated, out of service, or unavailable.”

The report offers 24 recommendations for Congress to mitigate these issues, including a Joint Safety Council and employing enough administrative professionals, The Hill reported.

The report’s summary concludes, “In addition to the operational demand, our findings focus on four areas where Congress and the Department of Defense can take immediate steps to reduce aviation mishaps: Pilots should fly; maintainers should maintain; data can save lives; funding should be consistent.”