Colleges across the country are making extreme changes to their programming and structures due to falling revenue, and are circumventing peace-time rules to do it.

Tenure, the pinnacle of job security in the volatile academic market, has only continued to slip due to universities’ inability to pay staff due to precarious long-term circumstances brought on by the pandemic. Universities have also downsized on other fronts, cutting programs and budgets, professor pay and freezing hiring altogether as expenses increase due to the costs of pandemic protocols. 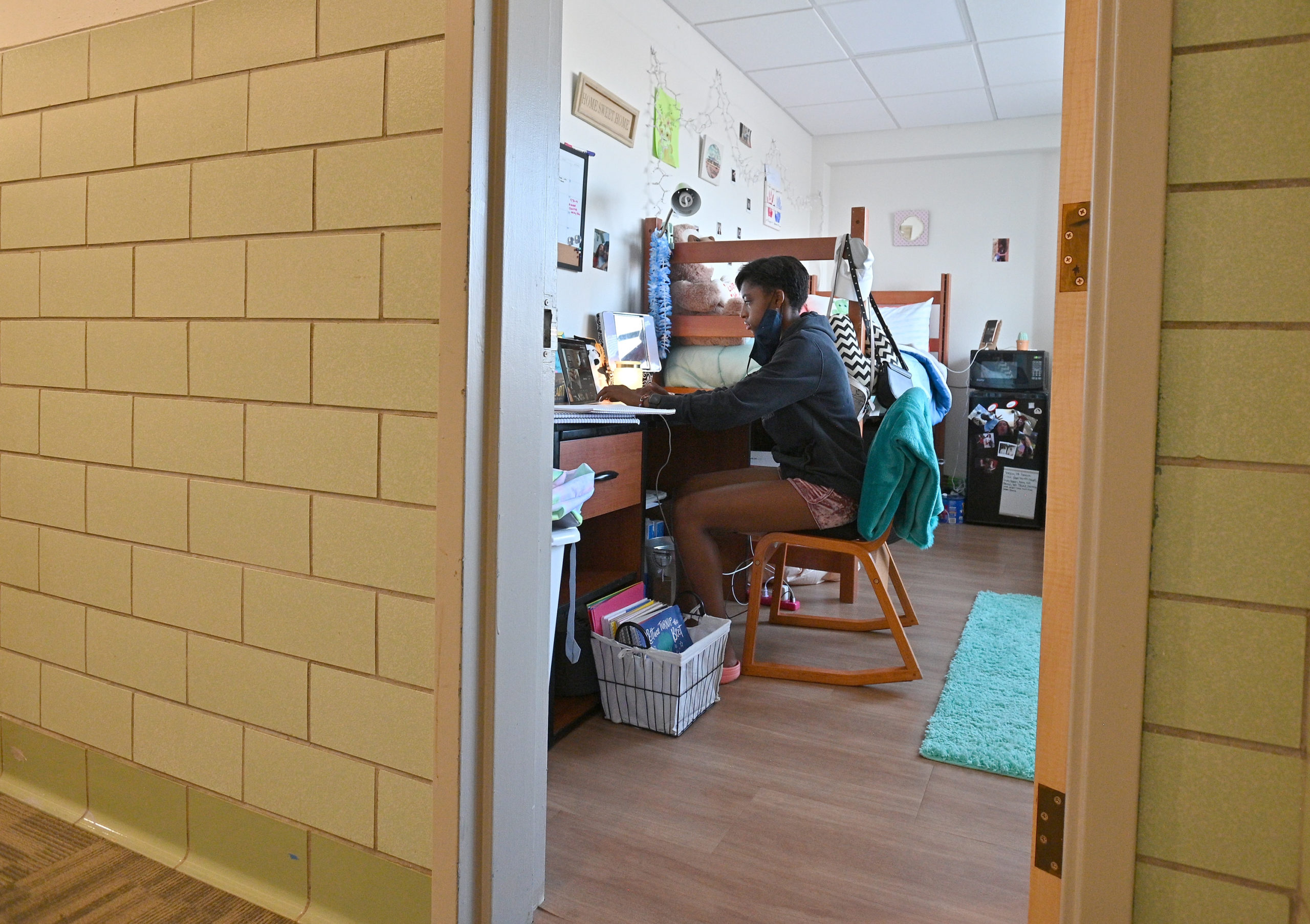 ALBUQUERQUE, NEW MEXICO – AUG. 17: Kyalynn Moore-Wilson, a freshman, sits at a desk in her dorm room before joining a Zoom meeting for an ‘Introduction to Psychology’ course as classes begin amid the coronavirus (COVID-19) pandemic on the first day of the fall 2020 semester at the University of New Mexico on Aug. 17, 2020 in Albuquerque, New Mexico.(Photo by Sam Wasson/Getty Images)

The Wall Street Journal reported on the case of Medaille College, which was already in financial straits in 2015 when Kenneth Macur took over as president. The pandemic was a blow that colleges like Medaille did not seem likely to survive unscathed, with already-decreasing enrollment and a small endowment. (RELATED: Harvard Reports 1st Deficit Since 2013 While Sitting On $41.9 Billion Endowment)

Revenue plunged 15%, leaving Macur in a difficult position — and leading him to an unorthodox solution, according to the Journal. He got the approval from the board of trustees and suspended the faculty handbook by invoking an “act of God” clause that allowed him to cut expenses. He fired several professors, cut two programs, and rescinded tenure while rewriting the faculty handbook altogether.

“A new model is the future of higher education,” he said in a letter to faculty, according to the Journal.

Keuka College, a small, private school in western New York, reportedly invoked an “extraordinary circumstances” clause that allowed administrators to cut programs and make a dozen layoffs after revenue fell by $7 million following the onset of the pandemic. Had the school followed normal protocol without enacting the clause, President Amy Storey told the Journal it would have “taken years” to make the changes.

Numerous other universities, many of them larger than Medaille and Keuka, made similar cuts. The University of Maryland cut $292 million from its budget, and announced that professors making more than $150,000 (affecting 90% of professor salaries) would see decreases in pay, adding up to $16 million total. The president of the university also agreed to a 15% pay cut. American University enacted a hiring freeze, stopped new construction, furloughed employees, and announced it would not match employee contributions to retirement funds throughout 2020 and until July 2021.

Harvard, while expected to emerge relatively unscathed as it has the largest endowment in the nation, still saw an operating revenue decline of $138 million, or a 3% decrease. It had an operating deficit of $10 million as of October 2020. Any non-contracted professor had the risk of being laid off, and tenure-track faculty searches were suspended.

At Clemson University, $8 million was saved from furloughs, and the university’s sports program was especially hurt by the pandemic. Roughly half of staff members were furloughed or saw salary cuts, with at least 10% cut from salaries above $400,000. Head football coach Dabo Swinney took an almost $700,000 pay cut. 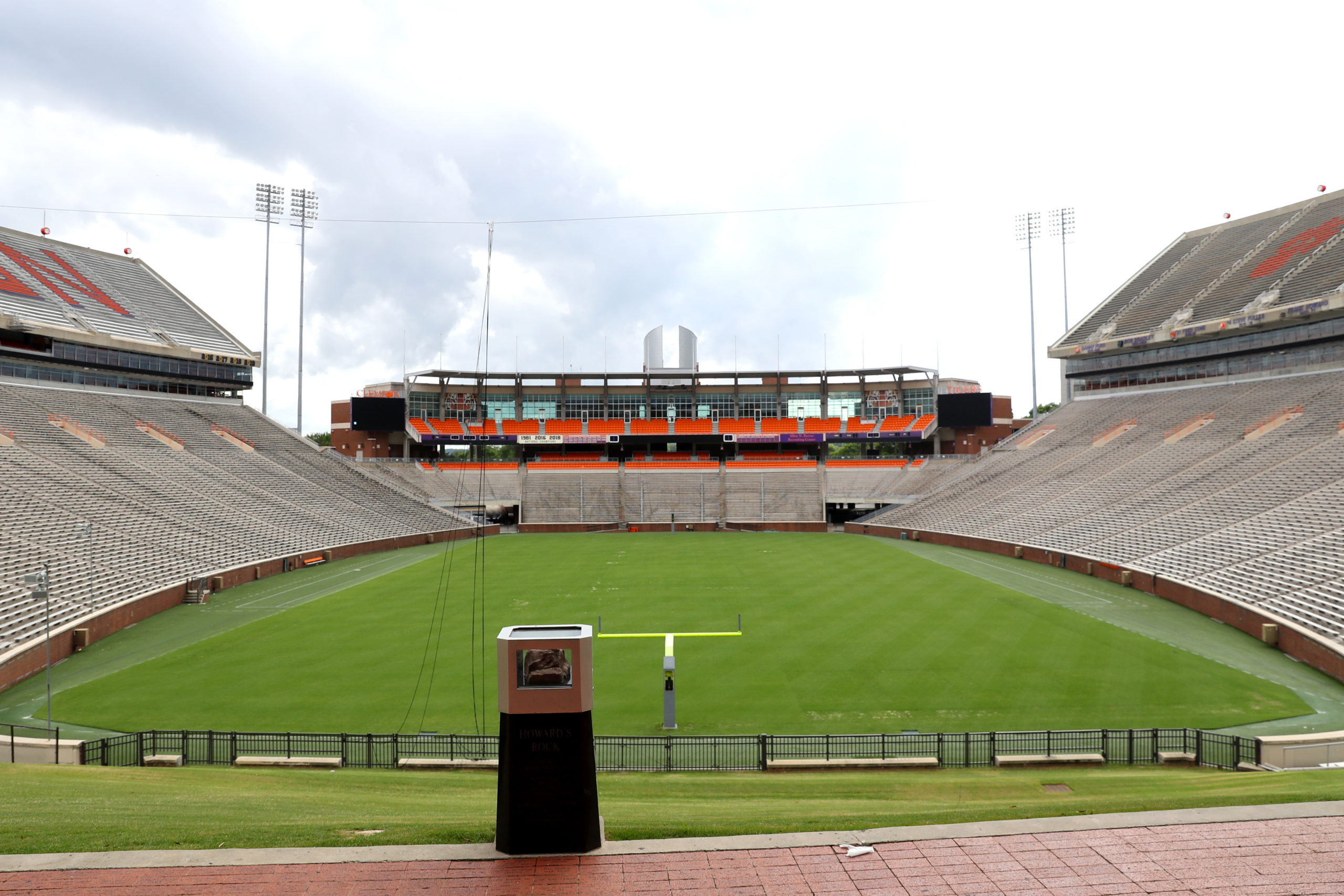 CLEMSON, SOUTH CAROLINA – JUNE 10: A view of Clemson Memorial Stadium on the campus of Clemson University on June 10, 2020 in Clemson, South Carolina. The campus remains open in a limited capacity due to the Coronavirus (COVID-19) pandemic. (Photo by Maddie Meyer/Getty Images)

The American Association of University Professors (AAUP), which helped establish the concept of tenure as Americans know it, has received about 100 complaints from professors pointing to alleged power grabs by college presidents, prompting the association to launch an investigation. Medaille is among the schools being probed, although the AAUP can’t actually punish a university, rather, it can only hurt its reputation in academia.

Tenure has become an increasingly difficult position for academics to attain in an industry that has replaced tenured professors with faculty that can work for far less on a part-time basis and can be easily fired. In the 1970s, more than 70% of faculty in the U.S. were tenured. Today, about 30% are, and in a generation, that figure will be reduced to about 10%,  the Journal reported.

Tenure became a part of academia in the early and mid 20th century, when enrollment in college was growing and universities had to meet the demand. Tenure was easier to get, at earlier points in one’s academic career, but it has since grown into a “mature industry” that is over-saturated with academics with few position openings.

Richard Vedder, distinguished professor of economics emeritus at Ohio University, writes in Forbes that the several million dollar investment a university makes in tenured professors is one that few schools can afford to do anymore.

“The financial reality is this: colleges are going to have to change, for example by shedding massive administrative bloat or by having some classes taught online very cheaply by foreign academics working for a fraction of American academic pay,” he writes. “COVID-19 may hasten the demise of a distinctive academic institution, tenure.” 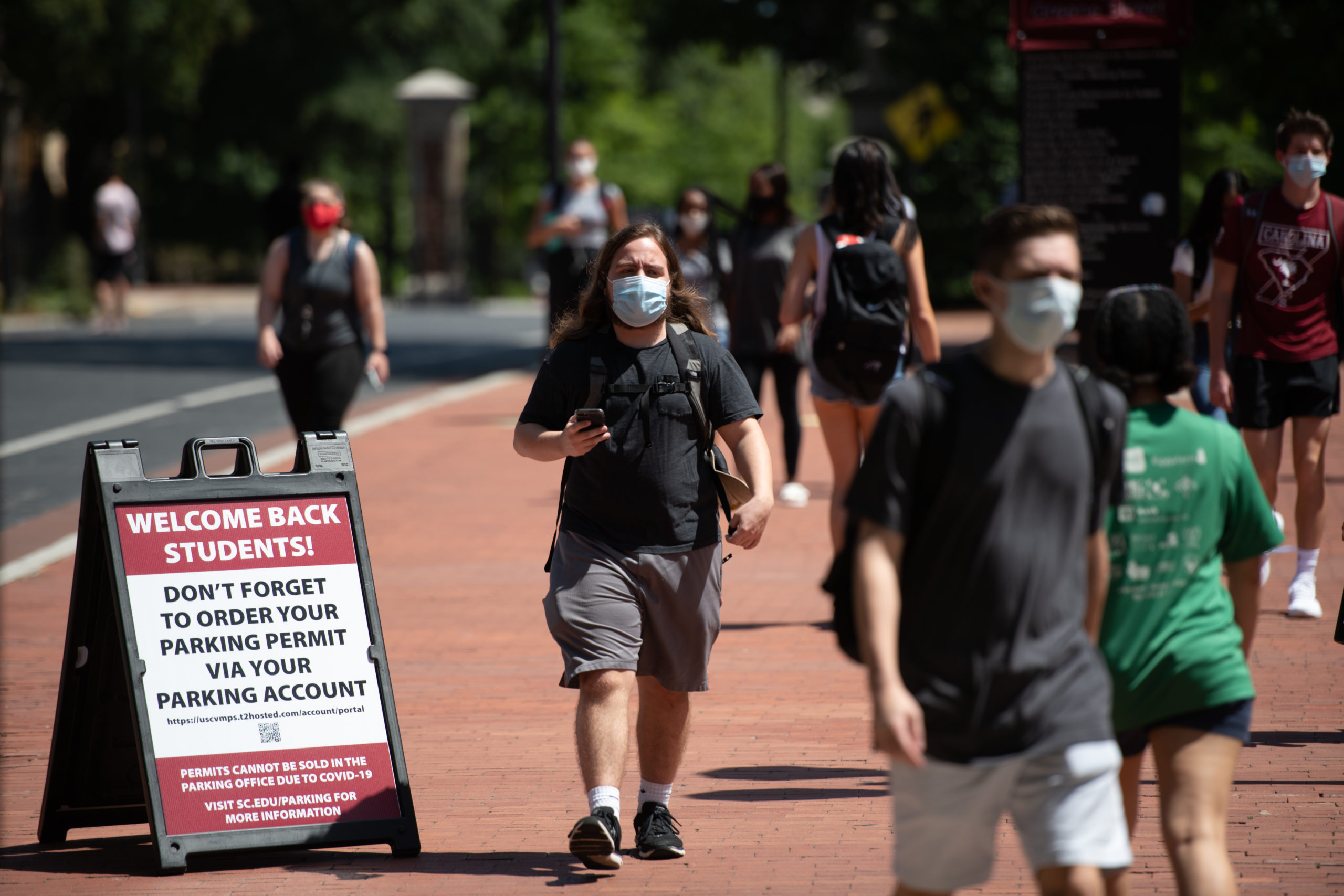 COLUMBIA, SC – SEPT. 03: Students walk on campus at the University of South Carolina on Sept. 3, 2020 in Columbia, South Carolina. During the final week of August, the university reported a 26.6 percent positivity rate among the student population tested for the COVID-19 virus. (Photo by Sean Rayford/Getty Images)

“The coronavirus pandemic created the most severe liquidity crisis higher education has faced since the global financial crisis,” Sam Pollack, a partner in NEPC’s Endowments and Foundations practice, told CNBC.

If enrollment continues to decrease, universities may continue to depend on education models that require less commitment to their hires. And attracting talent to fill positions, whether tenure is on the table or not, won’t be hard, Macur told the Journal. Other leaders at universities have also sought more information about Macur’s strategy of slashing the operating budget, at the cost of losing tenured faculty.