Marcelo Crivella, 63, was arrested at his home for bribes that were allegedly being paid to Rio City Hall, BBC News reported. Crivella claimed that he had no knowledge of the alleged bribes and said that the accusations against him are part of “political persecution.”

The conservative mayor was elected in 2016 and took office Jan. 1, 2017. He ran for reelection in 2020 but lost to Eduardo Paes, a center-right former mayor, according to the report. Crivella’s term is set to end Dec. 31. (RELATED: Hillary Said Brazil’s Impeached President Set ‘Global Standard’ For Fighting Corruption)

Crivella, whose popularity has plummeted since he took office, has been criticized for his handling of the coronavirus pandemic. He has also cut funding for Rio’s LGBT Pride parade due to his conservative and evangelical views, a move that also drew opposition. 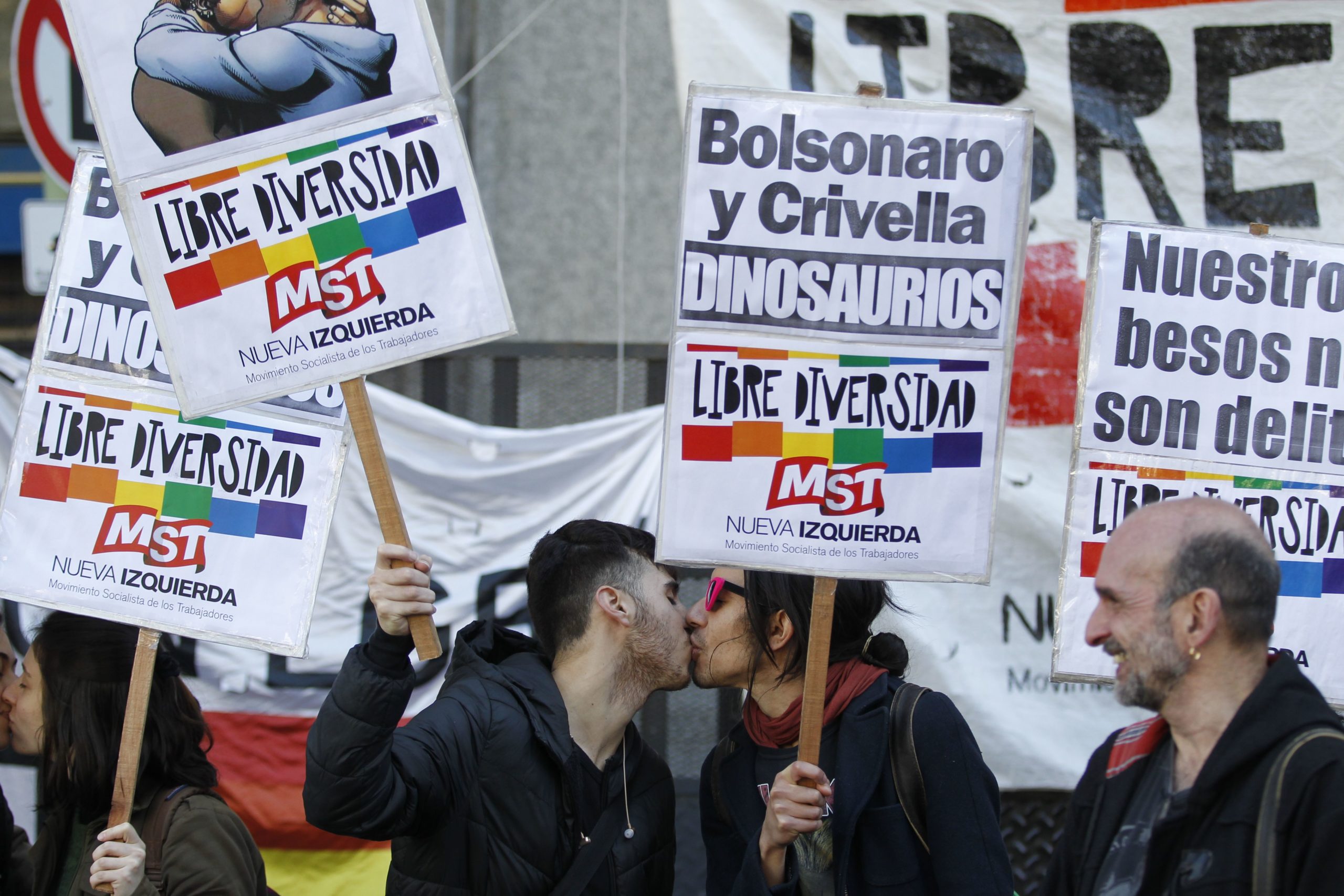 Protestors kiss each other during a demonstration outside the Brazilian embassy in Buenos Aires on September 12, 2019, against Rio de Janeiro’s mayor Marcelo Crivella, an Evangelical Protestant, after he ordered to remove a comic book from sale because of its “sexual content for minors”. – The comic that sparked the mayor’s ire showed the Marvel superhero characters Wiccan and Hulkling exchanging a kiss, fully dressed. (Photo by Emiliano Lasalvia/AFP via Getty Images)

Police also arrested one of Crivella’s advisers and a senior Rio business figure as part of an operation called “Hades.” An office at Rio City Hall nicknamed “Bribery HQ” oversaw the transaction of the bribes, investigators allege.

Bribery scandals are not uncommon in Brazil, where high-ranking politicians are arrested on bribery accusations somewhat regularly, BBC reported. Still, Crivella’s arrest came as a surprise to Rio’s residents.

An ally of President Jair Bolsonaro, Brazilian state Sen. Chico Rodrigues was arrested in October when he was caught with a stack of cash hidden in his buttocks, Brazilian media reported. Rodrigues’ lawyer argued that there was no corruption involved.