A leader at the Niskanen Center has had his information scrubbed from the think tank’s website after he called for President Joe Biden to lynch former Vice President Mike Pence in a tweet.

Will Wilkinson, vice president for research at the Niskanen Center and a New York Times contributing opinion writer, was reportedly fired from the Niskanen Center after the tweet. Gabe Hoffman, a film producer, shared an image of the statement that appeared to have been from the group’s president, Jerry Taylor, announcing the termination. Taylor’s tweet was deleted. (RELATED: NY Times Contributing Writer Calls For Lynching Mike Pence)

Wilkinson’s “author” page on the Niskanen Center’s website also led to a “404” message that said the page could not be found.

“‘Aha! Biden proposes policies I dislike. HIS CALL FOR UNITY IS A LIE!!!’ is all the forlorn conservative mind can seem to muster. Sad,” Wilkinson tweeted, according to a screenshot. 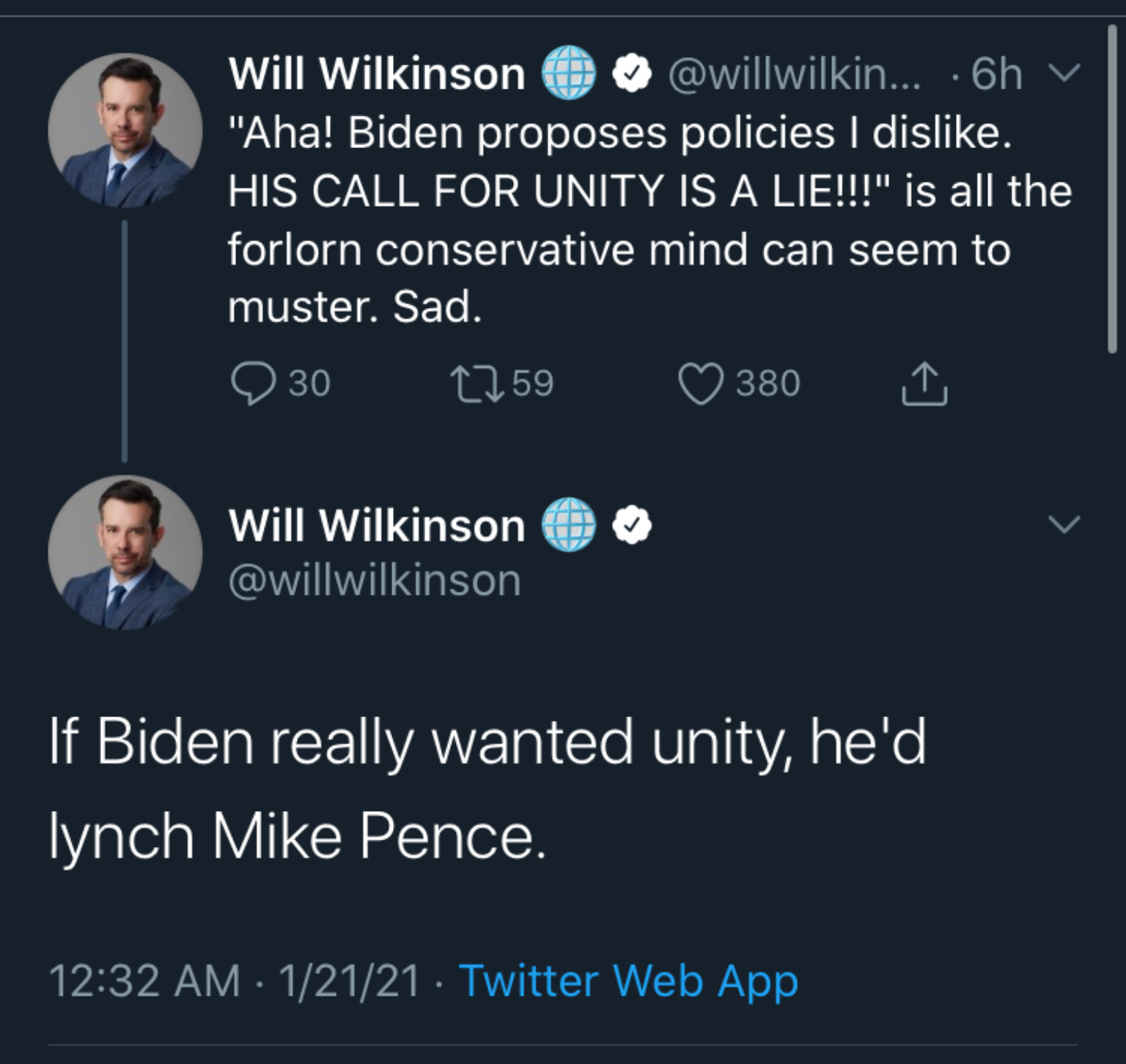 “If Biden really wanted unity, he’d lynch Mike Pence,” Wilkinson tweeted, according to the screenshot, at around midnight Thursday morning. The tweet was later deleted. Wilkinson also changed his Twitter biography, removing his association with the Niskanen Center and The New York Times.

Hi @willwilkinson! Why did you call for former Vice President Mike Pence to be lynched?@nytimes,@katiekings, any comment on your “contributing opinion writer” calling for violence against a public official?@TwitterSafety & @SecretService should know pic.twitter.com/xiDjMQ5mvS 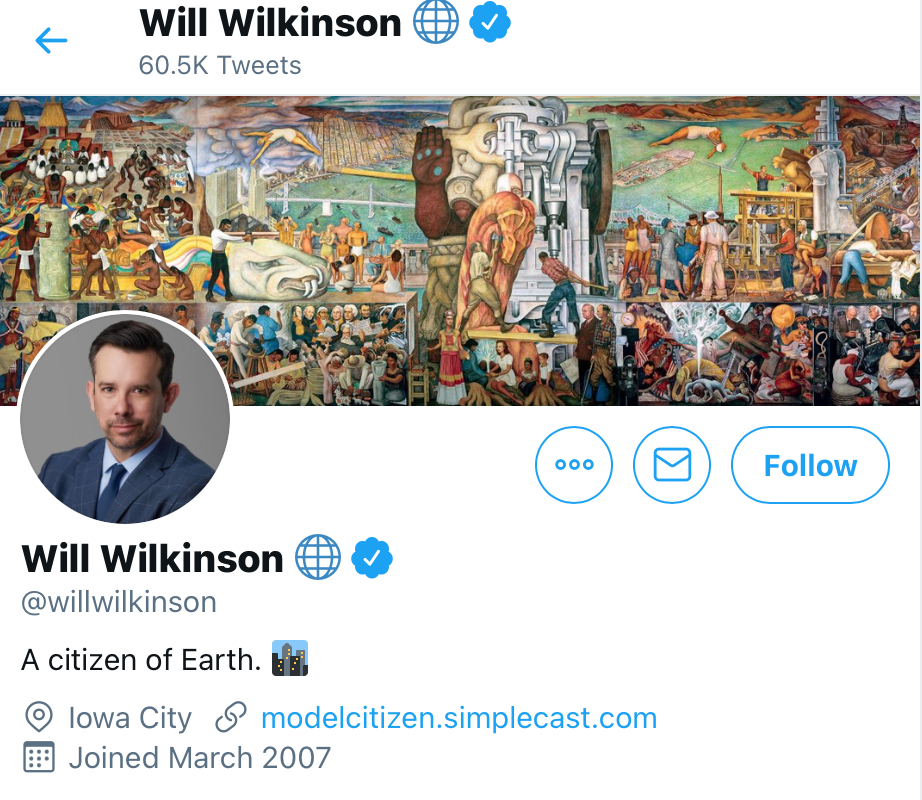 “The Pence tweet was a tart way to drive home the exasperating irony and bad faith of right-wing pundits who have accused Biden of insincerity in his heartfelt calls for unification,” Wilkinson told the Daily Caller News Foundation earlier Thursday.

“[T]heir own divisive rhetoric and willingness to spread disinformation about the election contributed to hundreds of Republicans storming the Capitol, erecting a noose, and calling for Mike Pence to be hanged.”

Wilkinson apologized for the tweet, saying although it was “sharp sarcasm,” it could have appeared to be a “call for violence.”

Last night I made an error of judgment and tweeted this. It was sharp sarcasm, but looked like a call for violence. That’s always wrong, even as a joke. It was especially wrong at a moment when unity and peace are so critical. I’m deeply sorry and vow not to repeat the mistake. pic.twitter.com/cxL4Mo70c5

He said there was “no excuse for my lapse in judgement here,” and explained that the tweet was “meant as a tart way to drive home the exasperating bad faith of those whose own divisive rhetoric and repetition of lies about election fraud facilitated the mob attack on the Capitol, where pro-Trump rioters built a noose and called for Pence’s head.”

My ill-advised tweet was meant as a tart way to drive home the exasperating bad faith of those whose own divisive rhetoric and repetition of lies about election fraud facilitated the mob attack on the Capitol, where pro-Trump rioters built a noose and called for Pence’s head.

The Niskanen Center and The New York Times did not respond to requests for comment in time for publication.