A senator and doctor who questioned whether members of the “colored population” kept good hygiene when trying to figure out why coronavirus was disproportionately affecting minority communities has been appointed to lead the state Senate Health Committee.

“Could it just be that African Americans–or the colored population–do not wash their hands as well as other groups? Or wear masks? Or do not socially distance themselves?” he said. “Could that just be the explanation of why there’s a higher incidence?” Huffman’s comments caused him to lose his job as a Dayton-area emergency room physician, according to the AP. (RELATED: REPORT: Investigation Launched Over Black Doctor Who Died After Accusing Medical Staff Of Racist Treatment)

Huffman’s cousin, Senate President Matt Huffman, recently appointed Huffman to chair the health committee. The Ohio Black Legislative Caucus director Tony Bishop called for Huffman to be replaced in a letter Wednesday, according to the AP.

“If the Senate leadership will not release Sen. Huffman as Chair, then we will expect Sen. Huffman to use his position to improve the health of Ohio’s African-American population by working with OLBC to pass legislation that effectively addresses health disparities in the state of Ohio,” Bishop said, according to the AP. 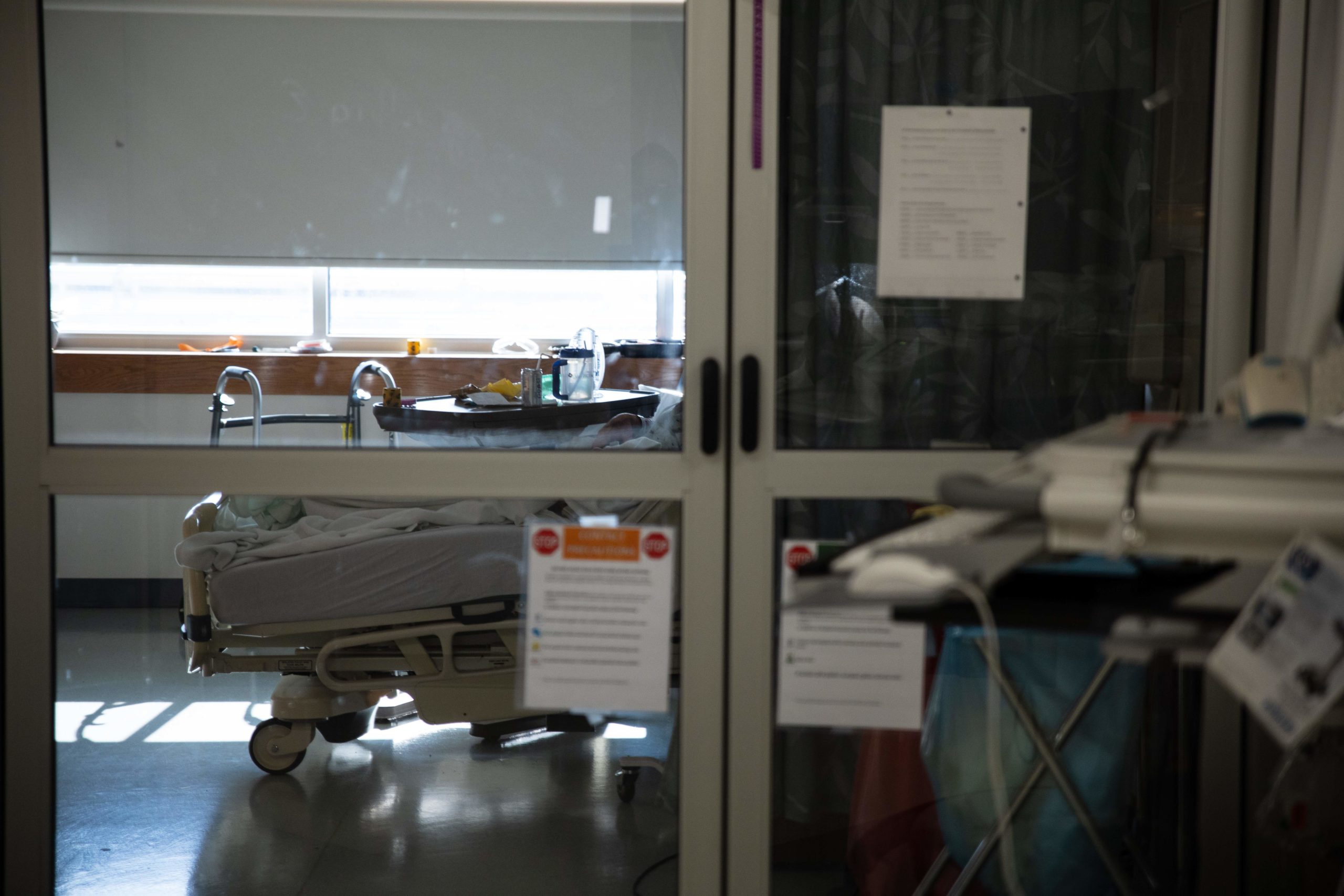 A Covid-19 patient is seen through the glass doors as they lay in the ICU at Van Wert County Hospital in Van Wert, Ohio on November 20, 2020. –  (MEGAN JELINGER/AFP via Getty Images)

Press Secretary and Senior Communications Adviser for Ohio’s Senate Majority Caucus John Fortney said Huffman has expressed regret for his comments and looks forward to serving the community, according to the AP.

“Senator Huffman is a medical doctor and highly qualified to chair the Health Committee. He has a long record of providing healthcare to minority neighborhoods and has joined multiple mission trips at his own expense to treat those from disadvantaged countries.”

Fortney said Huffman apologized “for asking a clumsy and awkwardly worded question” and that his apology warrants “sincere forgiveness, and not the perpetual politically weaponized judgment of the cancel culture,” the AP reported.

Health data showed that while black Ohioans make up 14% of the state’s total population, they accounted for approximately 27% of the COVID-19 hospitalizations, according to an October report from News 5 Cleveland.

The Daily Caller has reached out to Huffman and the Ohio Black Legislative Caucus but did not receive a response by time of publication.