A Boston area home inspector has taken to social media with some of the crazy things he comes across during his inspections.

James Brock, owner of Boston Home Inspectors, says he has seen pretty much everything during his 25 years in the business and is no longer fazed by the surprising sights, he said in a Boston Globe story, even when he found two harness-like straps hanging from the middle of a bedroom ceiling. The realtor told him to watch out for the Total Resistance Exercise — or TRX — straps the homeowner had left hanging from the ceiling.

When Brock walked upstairs with the young buyer, it soon became clear that it wasn’t workout equipment after all. 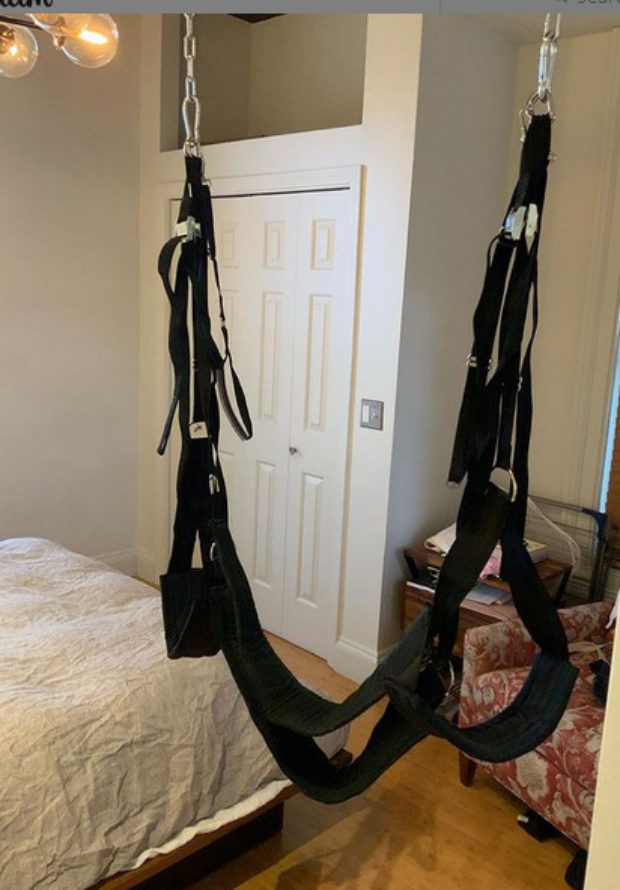 “We looked at this thing and then we both looked at each other,” Brock told the Globe. “I just shrugged my shoulders and said, ‘We’ll leave it at TRX.’”

For years,  Brock took photos of surprising scenes, like the harness, which range from the humorous and bizarre to the downright unbelievable. To share the fun, he has been sharing those images on his Instagram account,  which has built a strong following for its amusing and head-scratching content. (RELATED: What To Look For In A New House This Home Buying Season)

“I get so much great material from the inspections I perform,” said Brock about the photos which highlight all types of home improvement mistakes from faulty wiring and mold to shoddy support beams and stairs that lead to nowhere. “Just funny stuff people can look at and laugh at.”