Sahayb Abu, 27, said in court that he had seen ISIS videos but that he researched the terrorist group to find information on his two half-brothers who had disappeared in 2015, the Independent reported. 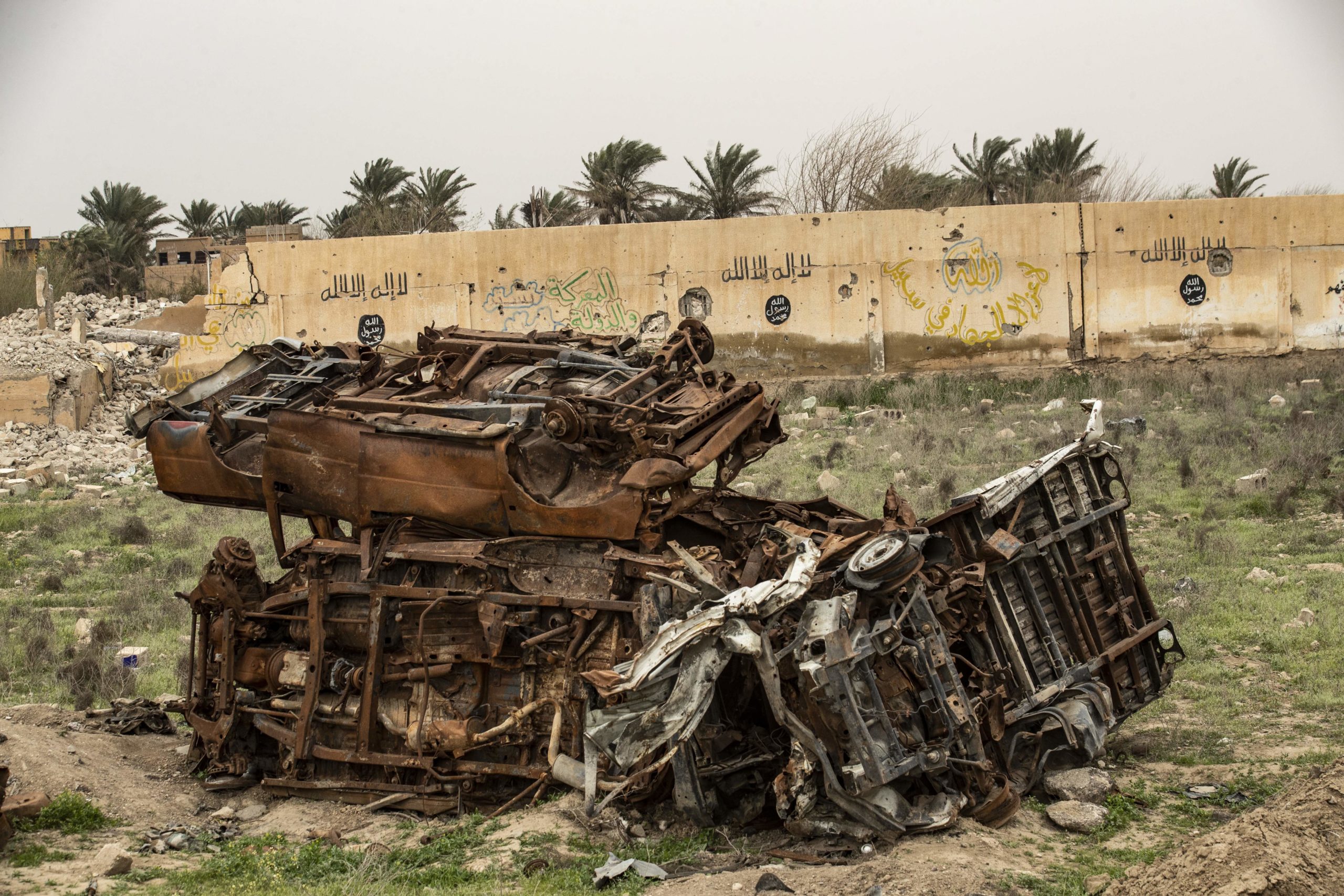 The remains of charred vehicles are seen in front of a wall bearing the Islamic Shahada (creed stating a belief in one god and the acceptance that Mohammed was God’s prophet) above the logo of the Islamic State (IS) in the eastern Syrian village of Baghouz on March 13, 2020. Sahayb Abu claimed to be searching for information on two half-brothers who had disappeared. (Photo by DELIL SOULEIMAN/AFP via Getty Images)

“I wasn’t going to attack no one, I don’t know how to kill, I don’t know why to kill. I don’t see myself taking a life, I see myself growing and doing good things,” he said, according to the Independent. (RELATED: 27,000 Children Stranded In Refugee Camps ‘At Risk Of Radicalization’ By ISIS, UN Official Says)

Abu also testified that he had wanted to start an agricultural non-profit to help countries like Yemen and Somalia, both of which have seen significant humanitarian crises.

“I was going to grow crops, corn, tomatoes, aubergines, you name it,” he told jurors, according to the Independent. “Honest to God this is what I had planned for my life, I swear to you. I’m no Alan Titchmarsh but I was trying to get there.”