Dominion Voting Systems CEO John Poulos said that the lawsuit against MyPillow CEO Mike Lindell would “definitely not be the last” against people making false claims about the company after the 2020 presidential election, according to CNBC.

It’s “definitely not the last lawsuit,” Poulos said during a Tuesday interview with CNBC. 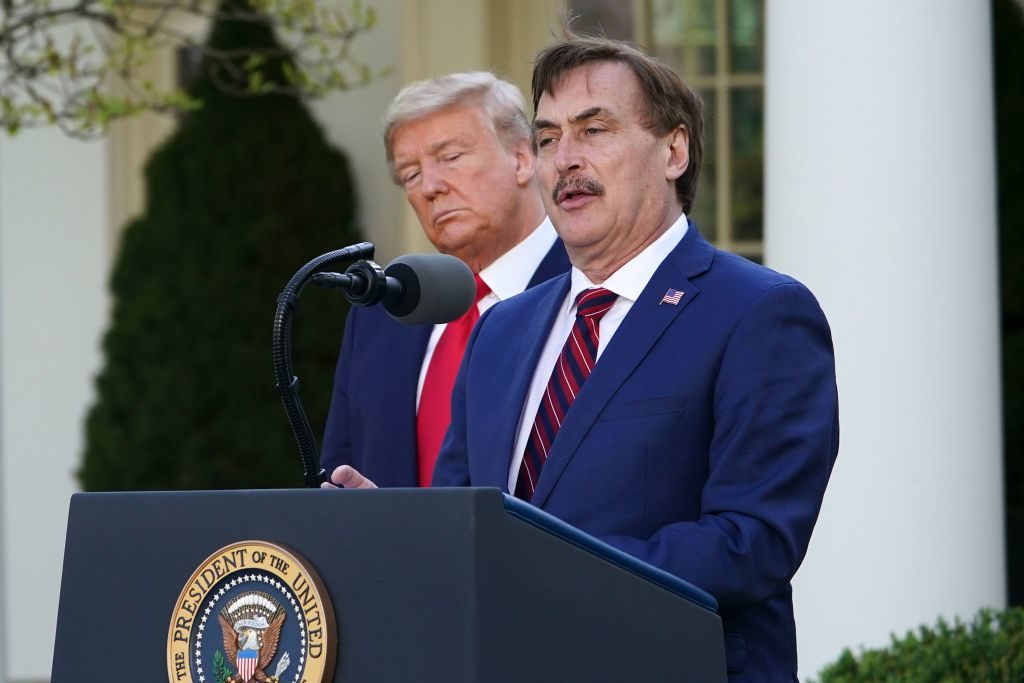 US President Donald Trump listens as Michael J. Lindell, CEO of MyPillow Inc., speaks during the daily briefing on the novel coronavirus, COVID-19, in the Rose Garden of the White House in Washington, DC, on March 30, 2020. (Photo by MANDEL NGAN/AFP via Getty Images)

“We are not ruling anybody out,” Poulos said when asked by CNBC whether Dominion would sue Fox News. (RELATED: While Dominion Seems Poised To Sue Dozens In Right Wing Media, OANN Announces Whopping Three-Hour Fraud Special Featuring Mike Lindell)

Lindell, Giuliani and Powell are all accused of “irreparable harm” to the company due to making “conspiracy claims” about stealing the 2020 presidential election. Dominion has publicly denied such narratives, according to CNBC.

Poulos said that the “larger point” of each lawsuit “really is to get the facts on the table in front of a court of law, where evidence is properly judged.” He claimed that Lindell pushed false information “because the lie sells pillows.”

“MyPillow’s defamatory marketing campaign—with promo codes like ‘FightforTrump,’ ’45,’ ‘Proof,’ and ‘QAnon’—has increased MyPillow sales by 30-40% and continues duping people into redirecting their election-lie outrage into pillow purchases,” the legal complaint from Dominion said, according to CNBC.