The House of Representatives passed the Equality Act on Thursday afternoon, which will impact abortion, marriage, family, gender, sports and more.

In a 224-206 vote, the House passed the Equality Act. H.R. 5 would amend the 1964 Civil Rights Act in order to prevent “discrimination on the basis of sex, gender identity and sexual orientation.” Three Republicans voted with Democrats in favor of the Equality Act.

“An individual shall not be denied access to a shared facility, including a restroom, a locker room and a dressing room, that is in accordance with the individual’s gender identity,” according to the bill’s text.

Democrats tried to pass the Equality Act in 2019, but it was killed by a Republican-controlled Senate. 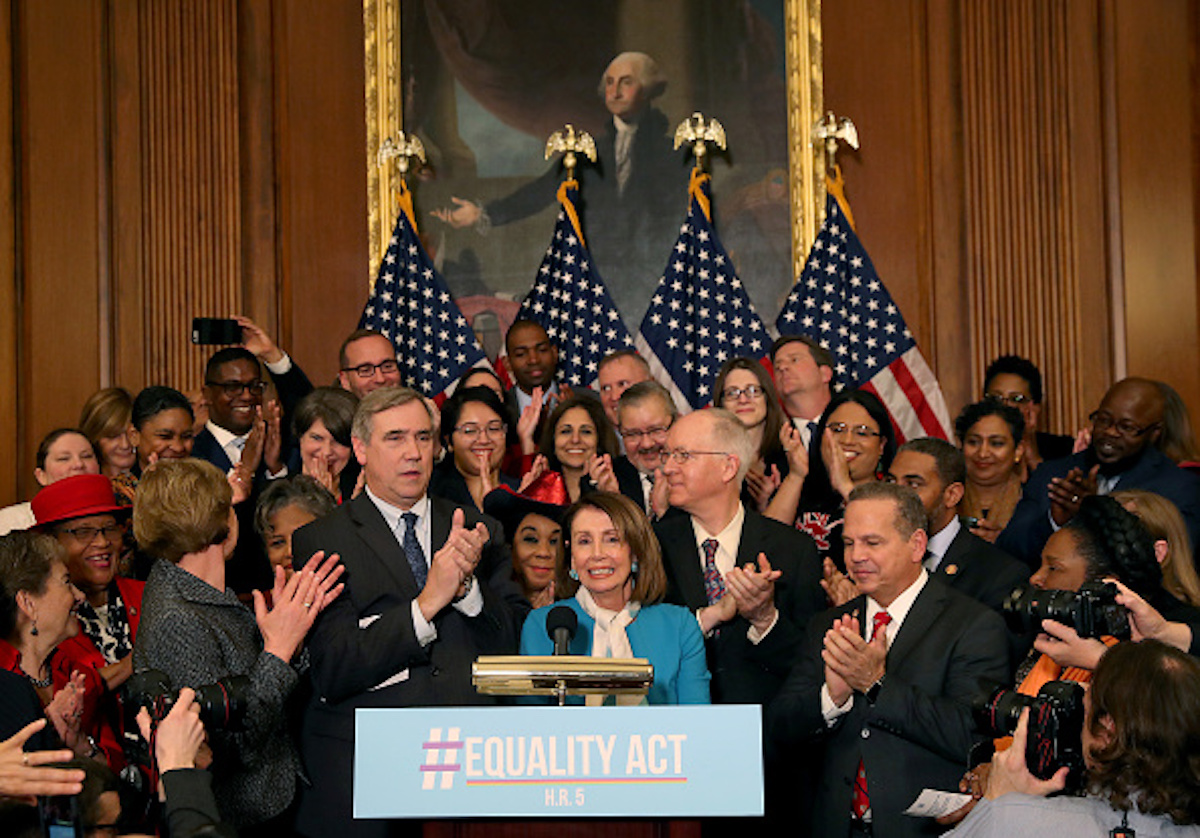 House Speaker Nancy Pelosi (D-CA) speaks during a news conference where House and Senate Democrats introduced the Equality Act of 2019 which would ban discrimination against lesbian, gay, bisexual and transgender people, on March 13, 2019 in Washington, DC. (Photo by Mark Wilson/Getty Images)

The legislation will now head to the Senate, where it would need 60 votes to avoid a filibuster. President Joe Biden promised to pass the Equality Act during his first 100 days of office in October 2020 when he was still the Democratic nominee. (RELATED: Biden Vows To Pass ‘Equality Act’ During His First 100 Days In Office)

Biden also said he would make sure LGBTQ equality is a focus of United States diplomacy before he was elected.