If we’re ever going to surmount this truly toxic period in our politics, each warring faction must realize that winning is not possible without help from the other. And by faction, I don’t mean Republican or Democrat. The real dividing line in our country today is not Republican and Democrat, left and right. That still exists, of course, and in certain areas, our partisan differences are still clearly defined. The true dividing line is between the corporatists in each party and the average Americans in each party — and despite what they think, neither the corporatist side nor the populist side can succeed in the long term without support from the other.

Both Republican and Democratic political power is in the hands of those with an agenda driven mostly by big business. This relatively small group holds the vast majority of American wealth. It also controls pretty much every other organ of national authority. This includes our media, our educational institutions and a controlling majority of the entertainment world. The problem is as much clout as they still hold, they’re hemorrhaging support among voters.

A system where all the power resides with one group and all the political energy resides with another is a system destined to collapse. The results throughout history are ugly. Truly un-American types of ugly: authoritarianism, civil wars, revolution. Those are the results you end up with if too much power is held by too few. It’s not overly dramatic to say that’s where we are headed if we don’t start looking for solutions. 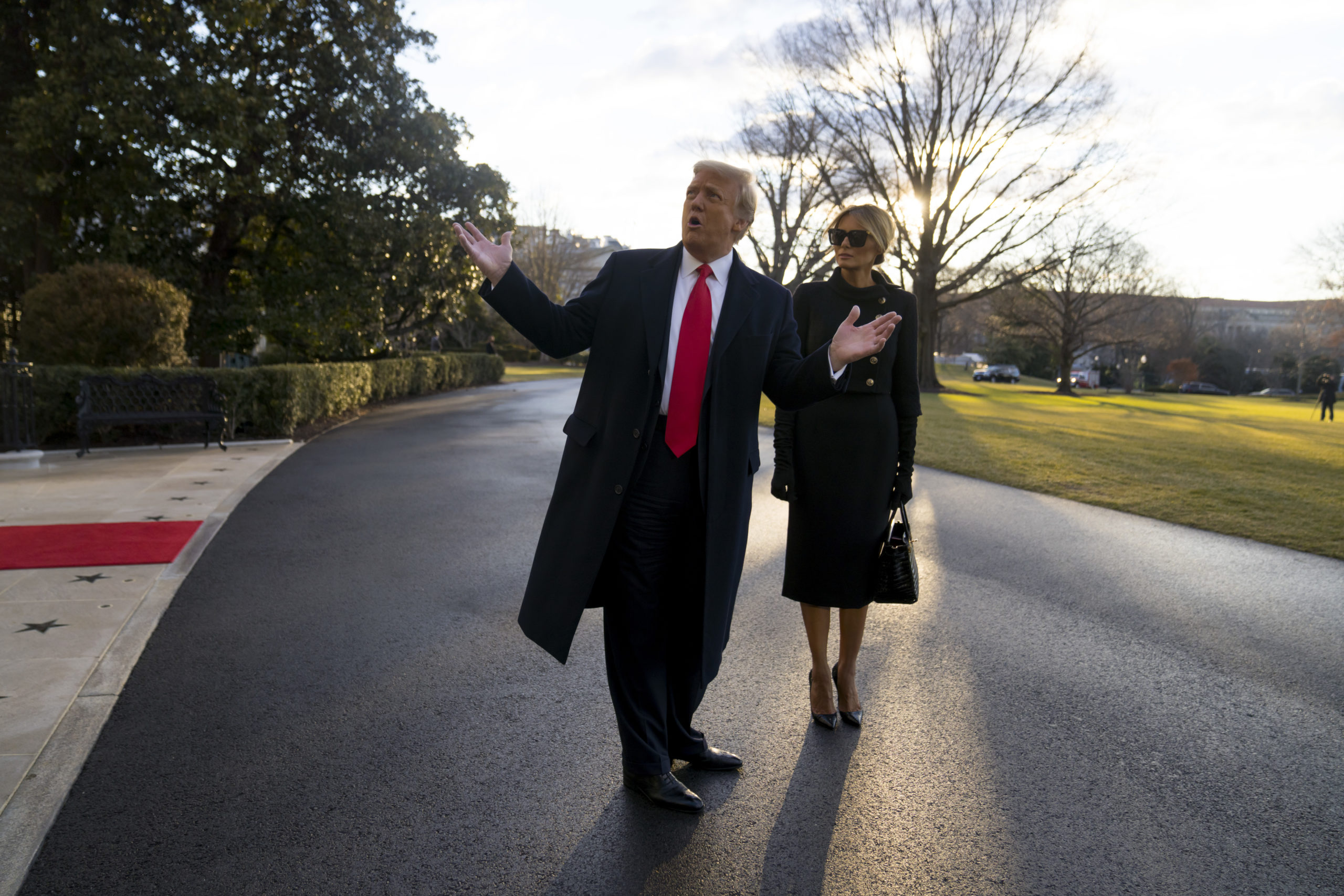 WASHINGTON, DC – JANUARY 20: President Donald Trump and first lady Melania Trump depart the White House on January 20, 2021 in Washington, DC. Trump is making his scheduled departure from the White House for Florida, several hours ahead of the inauguration ceremony for his successor Joe Biden, making him the first president in more than 150 years to refuse to attend the inauguration. (Photo by Eric Thayer/Getty Images)

On the Democratic side, the same process is taking place, but to date, it has been a little further behind. The Bernie Sanders/Alexandria Ocasio-Cortez socialist wing of the party had all the energy in the last primary. If you watched the early primary debates, you saw the more establishment-minded Democrats bumbling to embrace some truly radical ideas (open borders, defunding police) in an effort to capture this energetic base of the party.

The Democrats had one benefit that prevented a pure takeover by the socialist wing: Trump. Your average Democratic voter’s top three priorities were to get rid of Trump. Deep down, though many Democrats wanted radical change, they knew nominating a radically left candidate would endanger the goal of getting rid of Trump. Joe Biden was the great beneficiary. Anyone who reads this last election as a statement of strength for this corporatist wing of the Democratic party would be missing the point, though. Take Trump out of the equation and it’s very likely a radical, anti-corporate leftist winning the Democratic primary. (RELATED: Poll: 75% Of Republicans Want Trump To Play Prominent Role In GOP) 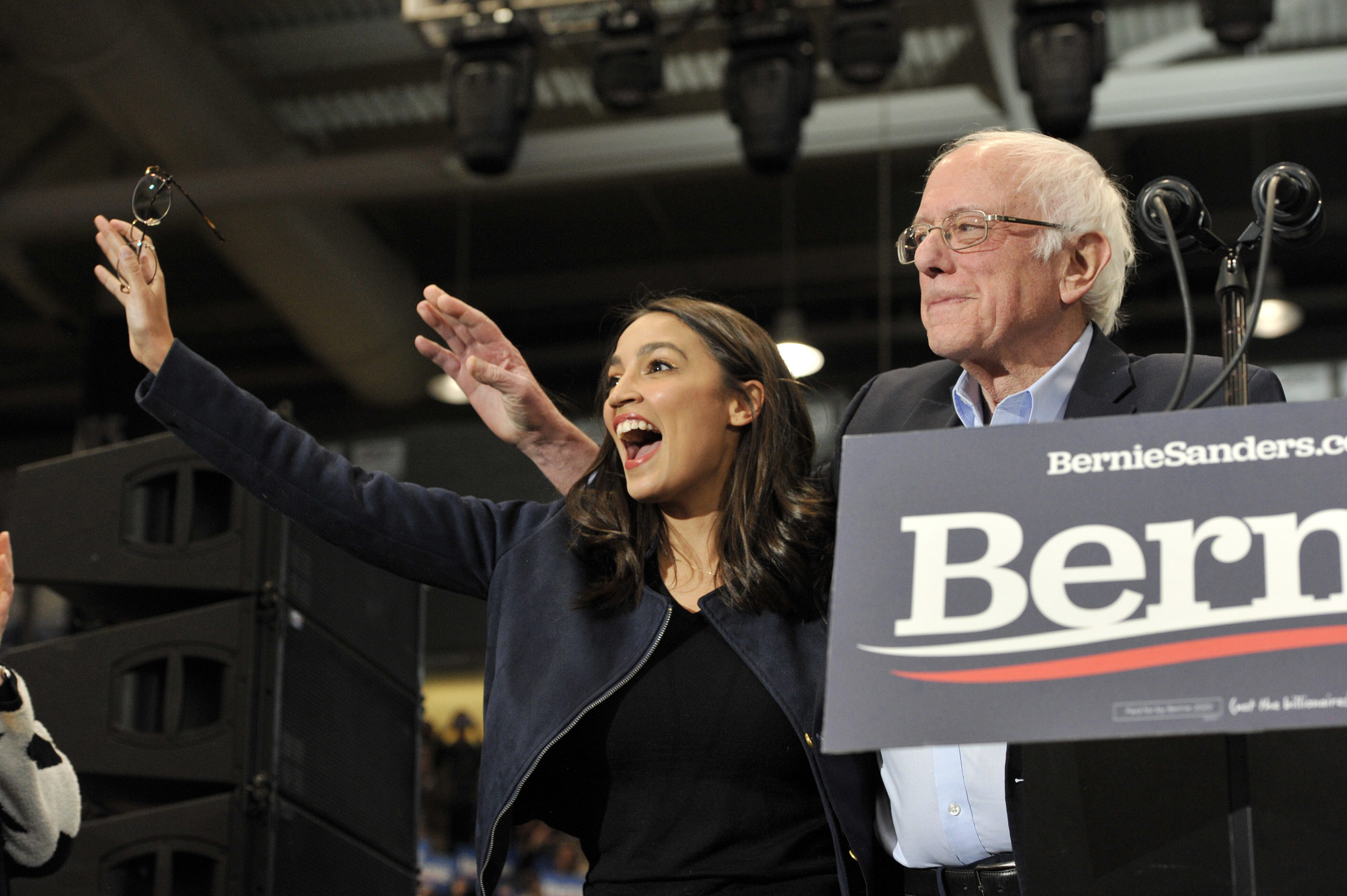 Congresswoman Alexandria Ocasio-Cortez and Presidential Candidate Vermont Senator Bernie Sanders wave to his supporters at rally at the University of New Hampshire in Durham, New Hampshire on February 10, 2020. (Photo by Joseph Prezioso / AFP) (Photo by JOSEPH PREZIOSO/AFP via Getty Images)

On both sides of the aisle, the insurgents have the voters and the energy because regular Americans are not happy about our state of affairs. Incumbent politicians need to think hard about this. In what ways is our system not working for regular people? That’s a hard question to answer, and it’s telling how little it’s discussed. It’s much easier to say they’ve all just gone crazy. The pictures from the Capitol on Jan. 6 support that theory, but those were a tiny percentage of the people in question. These are the same people who voted for Barack Obama and George W. Bush. They are not deplorables or irredeemables. They are Americans who do not see the current structure of their economy working for them.

It’s also too easy to say it will all go back to normal after COVID-19. The political movement away from the establishments of each party started well before COVID-19, and it’s going to continue. More and more people on the right and left are coming to believe that our system is only working well for those at the top. Those at the top can write this off as crazy, as they have done to date, or they can start looking for solutions before the country falls apart for good. (RELATED: Can You Return To Normal Life After The COVID-19 Vaccine?)

The irony is that those who want serious change can’t accomplish it without many of the people in power today. You can’t reform the U.S. government with only Omarosa, the Mooch and the rest of the cast from “The Apprentice.” The federal government has nearly 3 million employees. The federal budget is over $4 trillion. The regulatory state is amazingly complicated. To reform the system, you need help from some people who know and understand the system. It’s convenient to pretend the solutions we need are simple. Some are. Many aren’t.

Despite how little of it we see today, we all have an incentive to work together. For the corporatists, it’s been a great run, but if you don’t start thinking about sharing the wealth, our system’s going to fall apart and become something really ugly. For the populists, it’s easy to throw bombs and gin up people’s emotions, but governing is harder. You need more than bullet-point solutions and an ankle-deep understanding of policy. Sometimes, you even need compromise. We either join together on some of this, or we are all screwed.