A father and his 2-year-old son were rescued by Arizona border agents Monday night after the pair entered the Salinity Canal and were overwhelmed by currents, authorities said.

The unidentified 23-year-old father had his son strapped to his back when they entered the Salinity Canal, U.S. Customs and Border Protection (CBP) announced Tuesday. The pair, however, were “quickly swept away by the rapid current.”

National Guardsmen patrolling the Yuma section of the border saw the incident unfold on surveillance cameras and quickly alerted agents in the area, according to CBP. An air interdiction agent was flying overhead in a helicopter, saw the struggling father and son and landed his helicopter to try and provide help, according to CBP.

The pilot threw rescue lines down but the father was unable to catch them because of the rapid currents. Border patrol agents and “concerned citizens” also threw rescue lines to the father, to no avail. (RELATED: Biden’s DHS Secretary Claims There Is Not ‘A Crisis At The Border,’ Says ‘We’re Not Saying Don’t Come’ To Migrants) 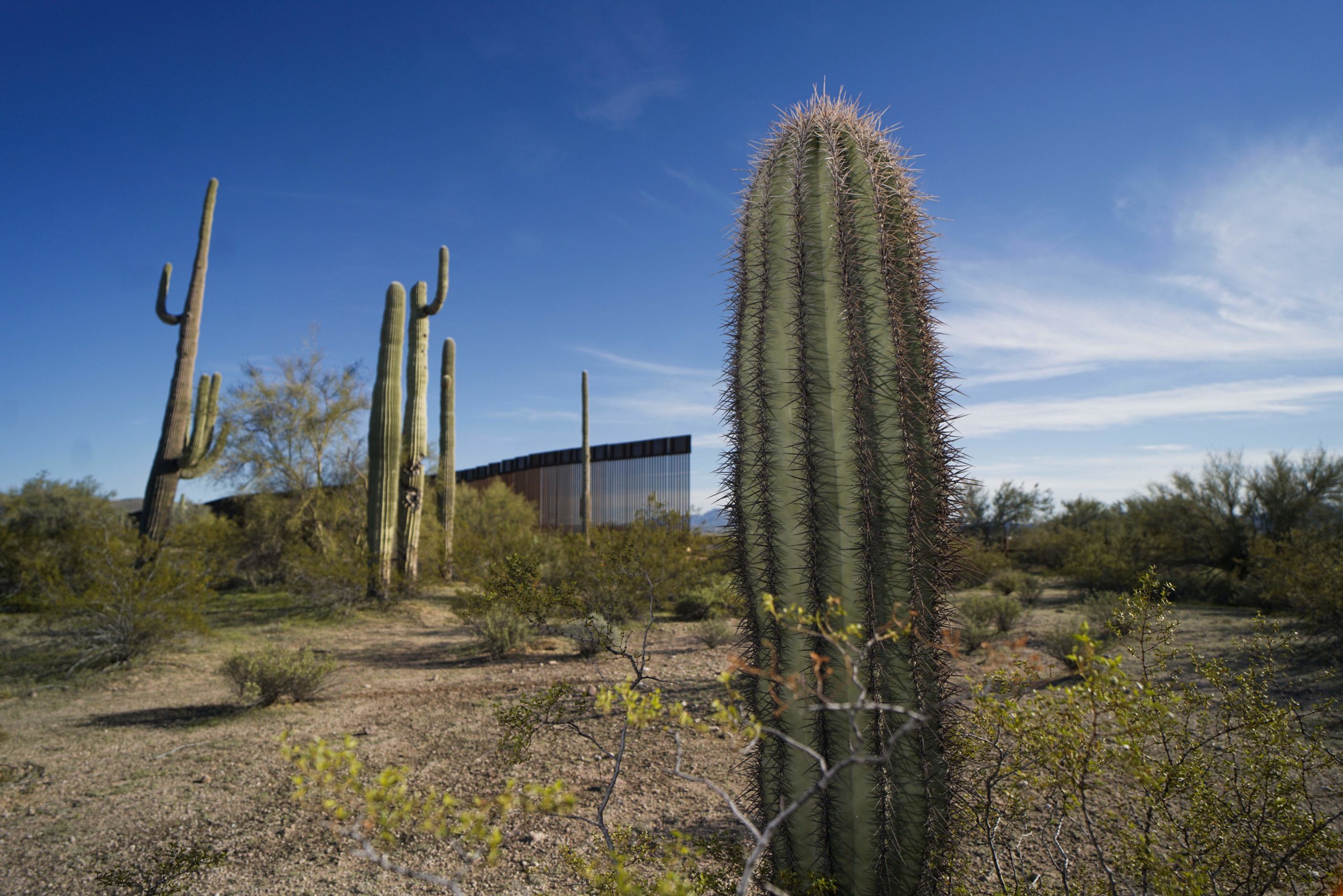 The United States-Mexico border wall is seen past cactuses in Organ Pipe National Park south of Ajo, Arizona, on Feb. 13, 2020. – Construction of US President Donald Trump’s border wall in the area has destroyed many species including the Organ Pipe Cactus. (Photo by SANDY HUFFAKER/AFP via Getty Images)

A Yuma station agent then ripped off his uniform, jumped into the water and rescued the child with the help of other agents and citizens, who managed to pull the officer and child out of the canal, CBP stated. The group also pulled the father from the water.

The father and son were taken to Yuma Regional Medical center where the child was treated for hypothermia. They were later transferred to Yuma Border Patrol Agents for processing, according to CBP.

Border officials have warned the Biden administration that approximately 117,000 children will arrive at the U.S.-Mexico border unaccompanied through 2021, according to Axios.

White House press secretary Jen Psaki denied there being a crisis at the border, recently telling reporters the administration isn’t encouraging people to come but that “we are not going to turn away kids who are under eighteen.”