It remains unclear when President Joe Biden will address a joint session of Congress as neither the White House nor House Speaker Nancy Pelosi has said when it will occur.

An address to a joint session of Congress is essentially the State of the Union address, however, it does not receive that name until the president’s second year in office. Biden has not made plans to address Congress for the first time and Pelosi’s office did not respond to the Daily Caller’s request for comment about when it might take place.

Biden has also gone 42 days without holding a solo press conference, which is longer than all three of his closest predecessors.

“Next month, in my first appearance before a joint session of Congress, I will lay out my ‘Build Back Better’ recovery plan,” Biden announced in late January.

White House Press Secretary Jen Psaki was asked about the timing of a joint session of Congress to which she said Biden had never committed to a date or a month and said she did not have any dates on the calendar during a February briefing.

“It was never planned to be in February, and we don’t have a date for a joint session at this point,” Psaki told reporters.

“Obviously the president looks forward to speaking to a joint session,” Psaki added. “We just don’t have a date yet for when that will be and obviously it will look different because of COVID and because we want to be safe and project that the safety and our responsibility of projecting that to the American public.”

During a Monday press briefing, Psaki was asked if the joint session was scheduled yet since the House had passed the COVID-19 bill. She said that there was “nothing new to add at this point.”

Thanks to pooler @EugeneDaniels2 for asking my suggested ? in today’s briefing — now that House has passed COVID relief, have @POTUS and @SpeakerPelosi scheduled a joint address to Congress?@PressSec — nothing to add at this point… not until after he signs stim into law 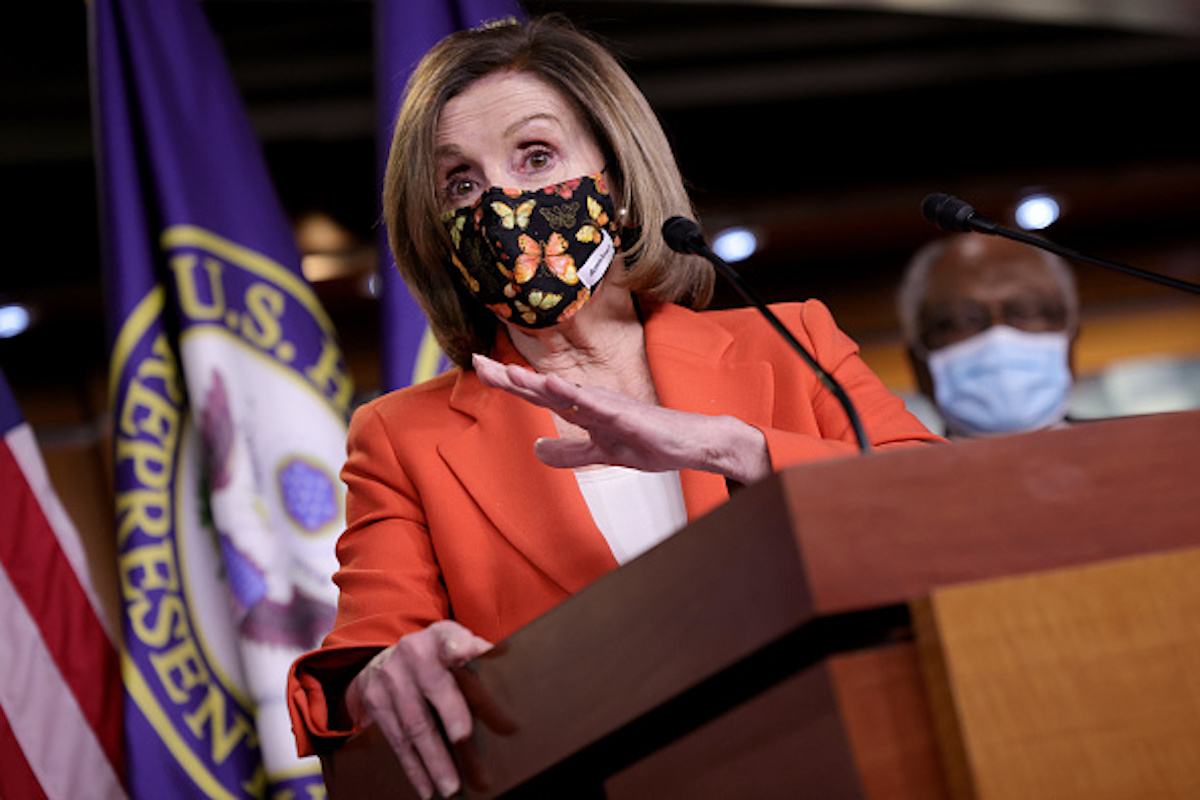 Speaker of the House Nancy Pelosi (D-CA) speaks during a press conference at the U.S. Capitol on March 02, 2021 in Washington, DC. House leadership held the press conference to discuss their two-day issues conference. (Photo by Win McNamee/Getty Images)

A senior GOP aide told the Daily Caller that he believes the blame lies on Pelosi, saying she has been to busy worried about her own members and how they will vote. (RELATED: President Joe Biden Nears 45 Days Without Holding A Press Conference)

“Not only is this the smallest majority in more than a century, it’s also the most disorganized. It seems as though Speaker Pelosi spent more time and energy figuring out how to get members with covid to vote for her in person than she has for inviting the president to address the Congress,” the senior GOP aide said. (RELATED: Pelosi Claims ‘Faith-Oriented’ Lawmakers Say They ‘Don’t Believe In Science’)