President Joe Biden and Vice President Kamala Harris will visit several states the week of March 15 to tout the passage of the American Rescue Plan.

The White House confirmed Thursday afternoon that both POTUS and VP will travel together to Atlanta, Georgia, March 19 as part of the administration’s “Help Is Here” tour. (RELATED: Biden Will Outline What Comes Next For Coronavirus In Primetime Address, White House Officials Say) 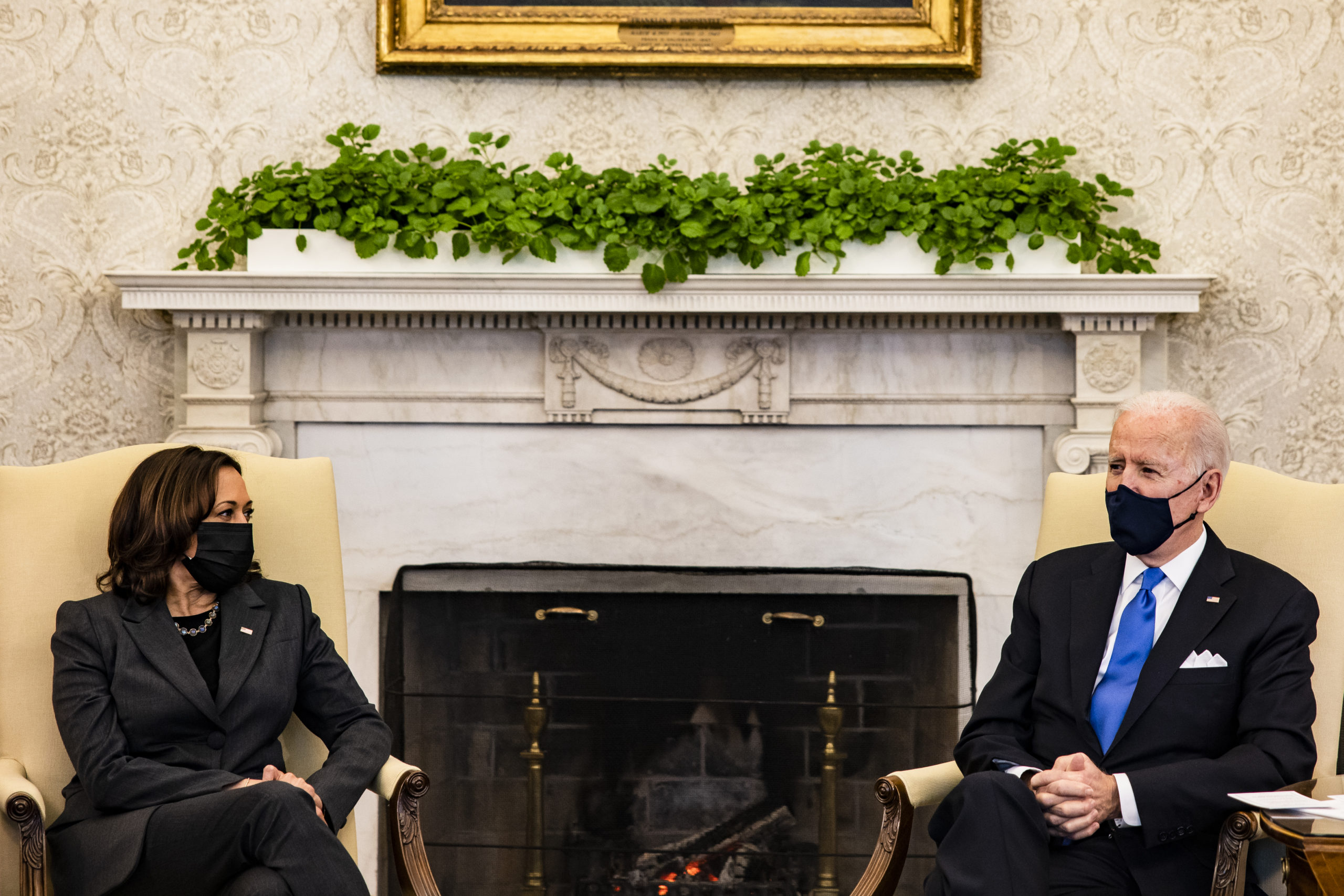 WASHINGTON, DC – MARCH 03: President Joe Biden holds a meeting on cancer with Vice President Kamala Harris and other lawmakers in the Oval Office at the White House on March 3, 2021 in Washington, DC. (Photo by Samuel Corum/Getty Images)

The vice president’s office confirmed Wednesday that Harris and Second Gentleman Doug Emhoff will kick off the week with trips to Nevada and Colorado on Monday and Tuesday, respectively, while Biden is also expected to travel to Delaware County, Pennsylvania, Tuesday. All four states were critical to Biden’s 2020 general election victory over former President Donald Trump.

White House officials did not answer the Daily Caller’s Thursday inquiries on which other states Biden and Harris would visit to celebrate the stimulus package, which White House press secretary Jen Psaki called the “most progressive” piece of legislation in U.S. history at Wednesday’s press briefing.

Though the Biden administration originally intended for the president to sign the American Rescue Plan into law on Friday, officials advanced the official signing to Thursday afternoon after receiving the bill sooner than expected from the House of Representatives.

White House chief of staff Ron Klain tweeted Thursday that, despite the schedule change, the administration still plans on hosting a “celebration” ceremony with the president and Congressional leaders at the White House on Friday.

The enrolled bill arrived last night — so @POTUS is signing it today — we want to move as fast as possible. We will hold our celebration of the signing on Friday, as planned, with Congressional leaders! https://t.co/4Z1N9WQroN

The president will also deliver a national address Thursday evening to commemorate the bill signing and outline the next steps in the administration’s pandemic response.

This is a developing story and will updated with more information as it becomes available.