The House passed a gun control bill Thursday that requires a universal background check for every purchase of a firearm.

HR 8, titled the “Bipartisan Background Checks Act of 2021” and led by California Democratic Rep. Mike Thompson and Georgia Democratic Rep. Lucy McBath, passed 227 to 203 with eight Republicans voting in favor. If signed into law, it would mandate background checks whenever somebody purchases a gun, regardless of where they purchase it.

The bill has the wide support of Democrats and gun safety groups, who have argued that universal background checks will help stop guns from coming into the possession of people who should not have them.

“It has been two years since we stood together in the House chamber and voted to pass this common-sense bill,” said Georgia Democratic Rep. Lucy McBath, whose son was shot and killed in 2012. “Today, we once again take an historic step to protect our children, to protect our communities, and to save American lives.”

“Joined by Democrats and Republicans, we introduce the Bipartisan Background Checks Act of 2021 to help keep guns out of the hands of those who may be a danger to themselves or others,” Thompson said when reintroducing the bill. “Time and time again, we have seen that the American people want universal background checks, in fact public polling shows that the majority of people, Democrats, Republicans and Independents, support this.” (RELATED: Biden Pushes Gun Control On Parkland Shooting Anniversary) 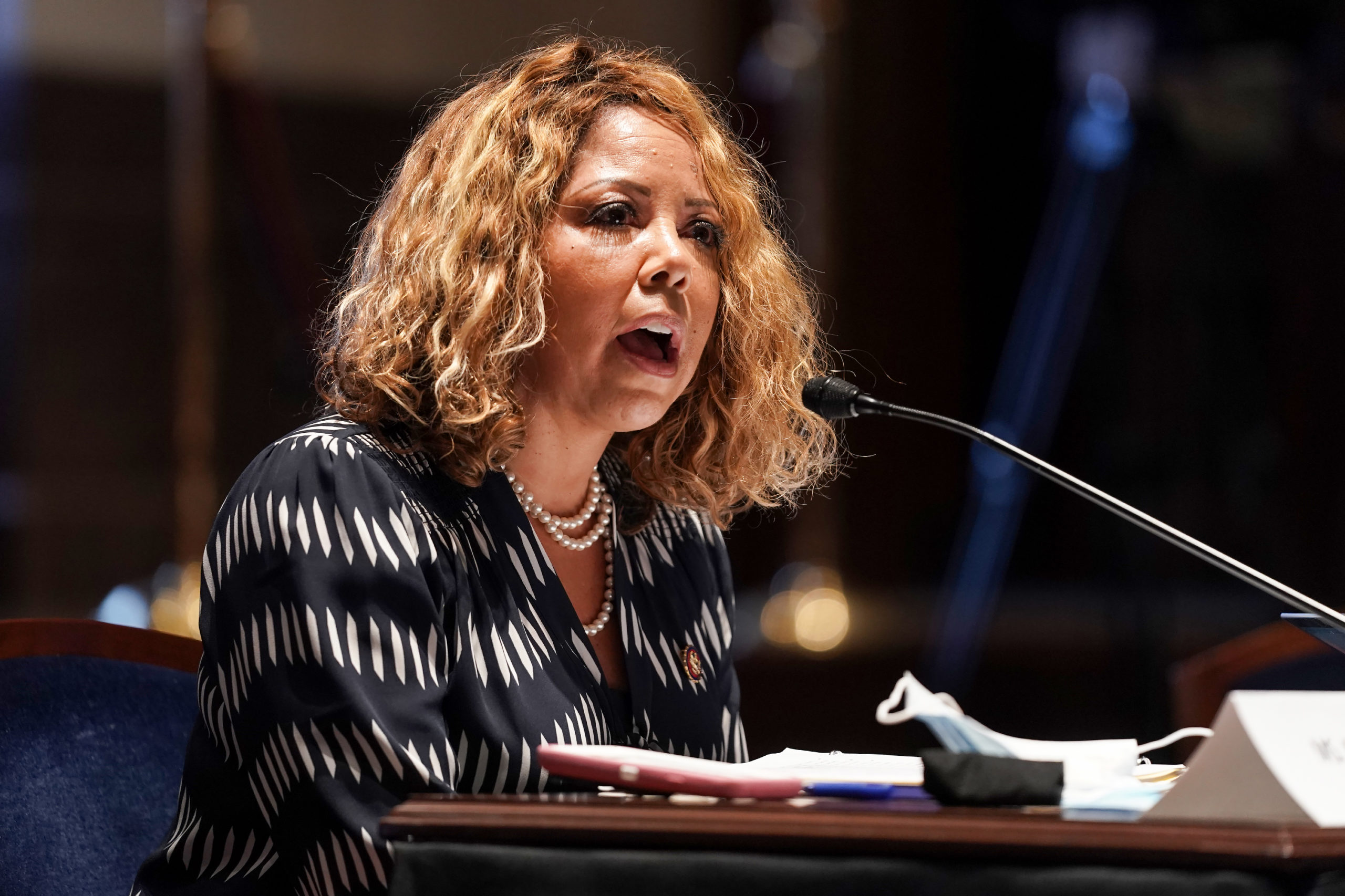 Republicans, however, accosted HR 8 and HR 1446, another bill set to pass Thursday that gives the government 10 days instead of three to complete a background check when purchasing a firearm, as a direct attack on Americans’ Second Amendment rights.

“Democrats in Washington, D.C. are trying to infringe upon your Second Amendment as we speak,” said Florida Rep. Byron Donalds. “I will always stand up for law-abiding citizens’ right to keep and bear arms because I know gun laws only impact law-abiding citizens, not criminals.”

“Unfortunately, the Democrats in Congress are not serious about ending gun violence,” said North Carolina Republican Rep. Richard Hudson. “And it’s obvious by the bills – they’re bringing up four this week – which would do nothing to have stopped a single mass shooting in this country, yet, they threaten the rights of law-abiding citizens.”

While both HR 8 and HR 1446 will both come up for votes in the Democratic Senate, it remains unlikely that they will each garner the 60 votes necessary to overcome a Republican filibuster.