Christie’s Auction house sold a digital file for $69.3 million in cryptocurrency on Thursday.

“Everydays: The First 5000 Days” is a .jpg file created by the digital artist Beeple. The file is a non-fungible token (NFT), which means that it was uniquely printed and verified by blockchain technology.

.@beeple ‘s ‘The First 5000 Days’, the 1st purely digital NFT based artwork offered by a major auction house has sold for $69,346,250, positioning him among the top three most valuable living artists. Major Thanks to @beeple + @makersplaceco. More details to be released shortly

“Everydays” became the most expensive piece of solely digital art, according to the New York Times. The sale also marked the third-highest auction price for a living artist. Beeple, whose real name is Mike Winkelmann, is a graphic designer based out of South Carolina. 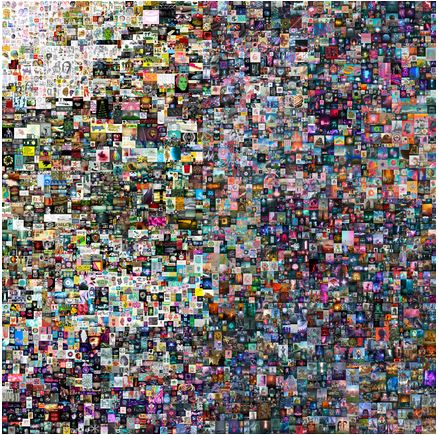 The popularity of non-fungible tokens has risen along with the value of cryptocurrencies. Christie’s is allowing the buyer of “Everydays” to use the Ethereum cryptocurrency to purchase the image, the first time the auction house has accepted cryptocurrency, the Times noted. (RELATED: Twitter CEO Is Auctioning Off The First Tweet Ever, The Highest Bid Is Already Well Over $2 Million)

Any digital file can become a non-fungible token, Rolling Stone notes. The blockchain code attached to the NFT logs sale and ownership records, so the NFT cannot be forged. Short clips of basketball highlights, or Top Shots, are a particularly popular market, with the NBA officially endorsing the sales, the Wall Street Journal reported.