Republican Rep. Mariannette Miller-Meeks defeated Democrat Rita Hart by six votes, in what was the closest congressional election since 1984. Hart has been pushing Democrats on the House Administration Committee and on the floor to overturn Iowa’s certification of the election and seat her, which has picked up support from Pelosi.

Phillips, who sits on the House Ethics Committee, called on Democratic leadership to not overturn the election, arguing that just because Democrats have the majority does not been the election should be overturned, Fox News reported.

“Losing a House election by six votes is painful for Democrats,” Phillips said on Twitter. “But overturning it in the House would be even more painful for America.”

Losing a House election by six votes is painful for Democrats. But overturning it in the House would be even more painful for America. Just because a majority can, does not mean a majority should. https://t.co/pXaOYBIMue

“Just because a majority can, does not mean a majority should,” Phillips continued. 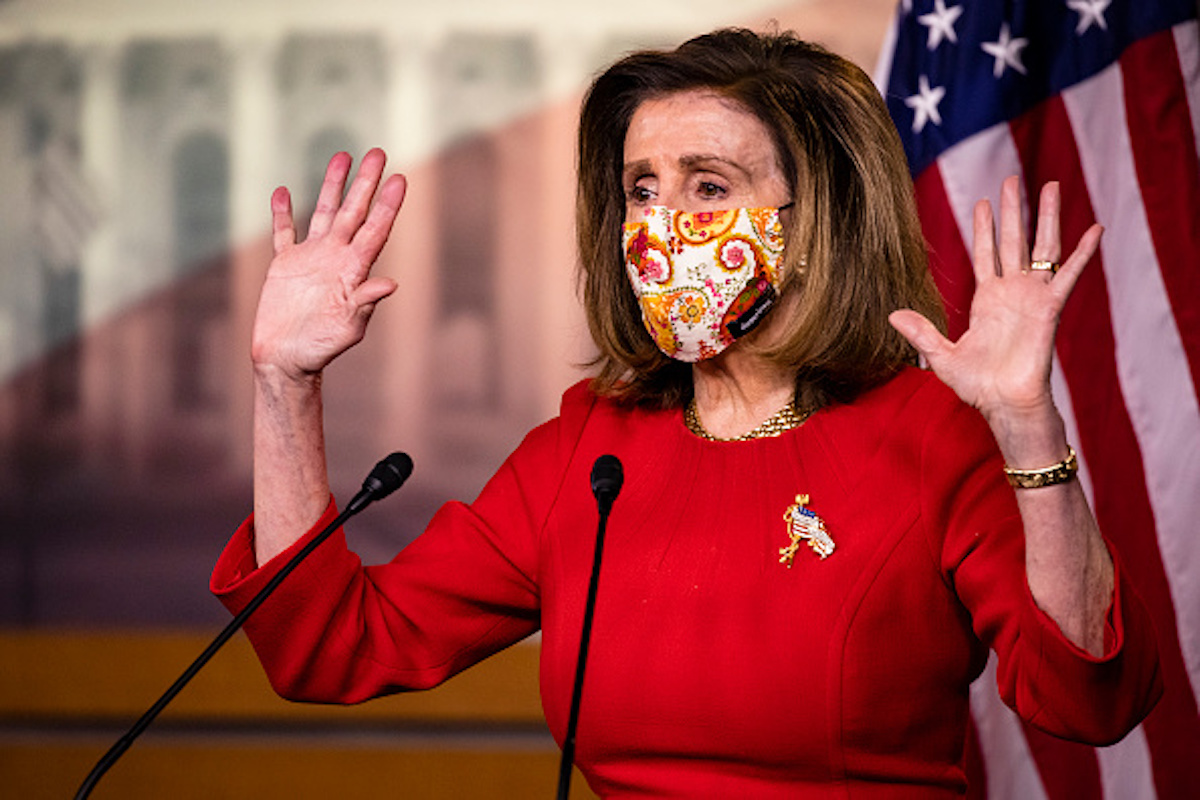 Speaker of the House Nancy Pelosi (D-CA) speaks during her weekly press conference at the US Capitol on February 11, 2021 in Washington, DC. (Photo by Samuel Corum/Getty Images)

Pelosi was asked about the election in a March 14 interview, to which she said: “Well, it was six votes. It was six votes and our candidate Rita Hart, the Democratic candidate, asked for this process to begin.” (RELATED: ‘We Can’t Be Concerned With Optics’: Democrats Continue Campaign To Overturn Iowa Congressional Election)

“Six votes out of 400,000 votes cast. This is not unique. This has happened — maybe even when you were in the Capitol before when races had been close one side or the others say, let’s take it to the House. Because even Justice Scalia agreed that the House has the authority to seat members, and therefore we can count the votes,” Pelosi added. (RELATED: Iowa Republican Mariannette Miller-Meeks Won Her Race By 6 Votes)

Miller-Meeks expressed her frustration with the Democrats’ decision to try and overturn the election in an interview with Special Report on Fox News.