In the wake of the Boulder, Colorado mass shooting, President Joe Biden and congressional Democrats began talking about assault weapons and “high-capacity magazine” bans. The U.S. has already tried that.

The 1994 Public Safety and Recreational Firearms Use Protection Act, more commonly known as the assault weapons ban, was spearheaded at the time by Biden and Democratic California Sen. Dianne Feinstein. A sunset provision caused the law to expire in 2004. As Democrats call for a new ban to prevent mass shootings, they often argue that the 1994 ban was markedly successful in reducing the number of mass shootings. However, experts remain split on its effects, and critics maintain that the definition of an “assault weapon” is flawed.

We can ban assault weapons and high-capacity magazines.

We can close loopholes in our gun background check system.

This is not a partisan issue — it’s an American issue that will save lives. Congress needs to act.

Congress passed the assault weapons ban as part of the omnibus crime bill in 1994 in response to a crime rate that rose throughout the 1960s, 1970s and 1980s, as well as a trio of mass shootings.

There was “this new class of firearms that people just weren’t that familiar started appearing in two environments – one, some of the early mass shootings and, two – and probably more importantly for this legislation – on the street in criminal activity. And that motivated law enforcement to say this is a bad development,” former House committee lawyer and gun control advocate Tom Diaz told NPR in 2016.

In addition, mass shootings — one in 1989 and two in 1993 — pushed the issue of semi-automatic rifles to the front of Congress’ mind.

“It was the 1993 mass shooting at 101 California Street in San Francisco that was the tipping point for me. That’s what really motivated me to push for a ban on assault weapons,” Feinstein recalled. 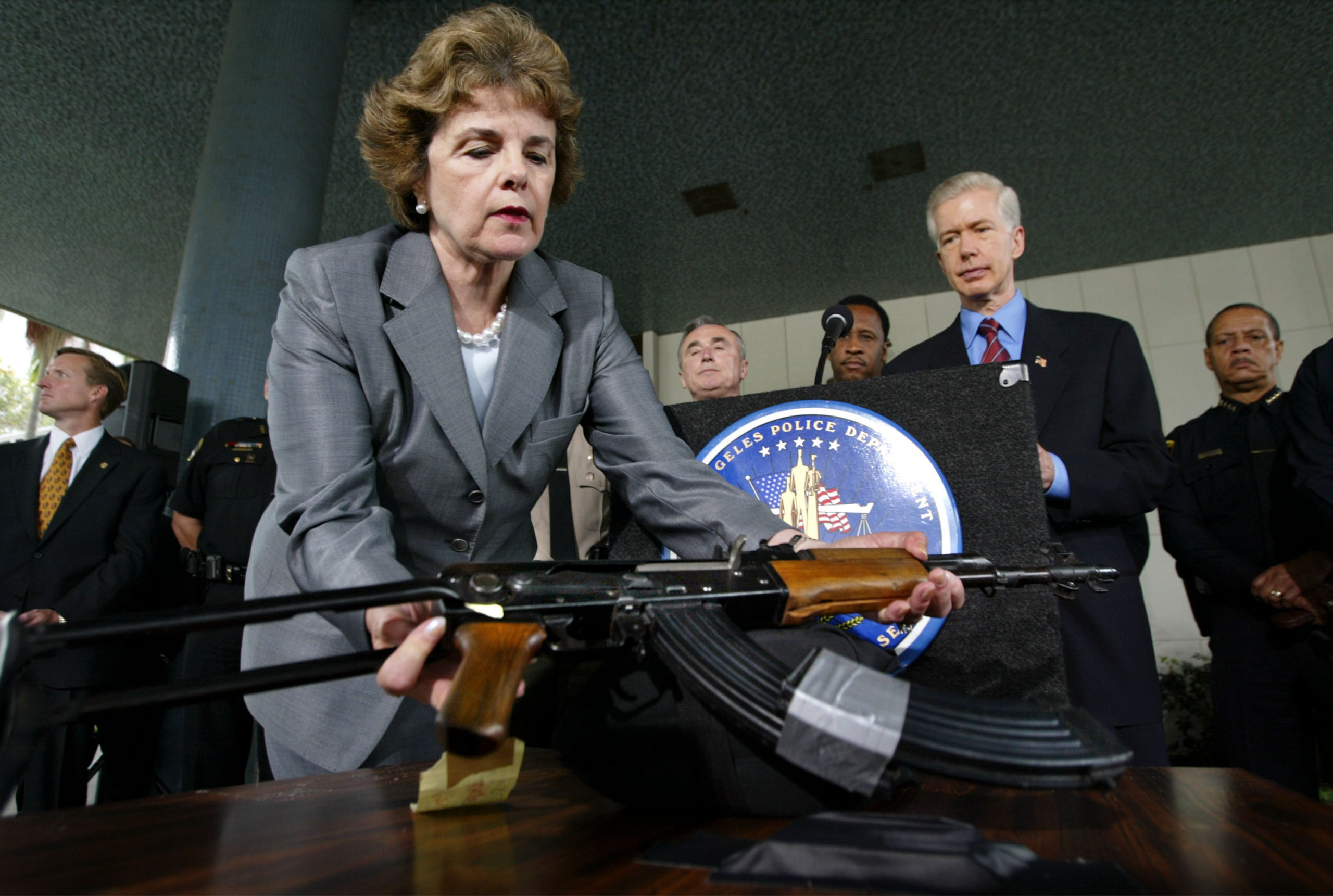 For her, “the goal of the ban was to reduce the frequency and deadliness of mass shootings.”

However, nationwide crime rates had already crested by the time Congress passed both bills. The United States’ violent crime rate peaked in 1991, with 758.2 violent crimes committed per every 100,000 residents. Rates would continue to drop every year until 2005.

Multiple studies have failed to provide a definitive answer of the impact of the assault weapons ban. Christopher S. Koper, a criminology professor at George Mason University, argued “there was not a clear rationale for expecting the ban to reduce assaults and robberies with guns” because “offenders could substitute non-banned guns and small magazines” for those that had been banned. Multiple “analyses showed no discernible reduction in the lethality or injuriousness of gun violence during the post-ban years,” Koper wrote.

Koper argued the ban should be “understood not as a gun ban but as a law that restricted weapon accessories.” The ban only targeted certain named weapons, such as Uzis, Avtomat Kalashnikovs (AKs) and Colt AR-15s. It also prohibits certain attachments, such as “a pistol grip that protrudes conspicuously beneath the action of the weapon,” “a bayonet mount,” or “a flash suppressor or threaded barrel designed to accommodate a flash suppressor.”

Reason Magazine’s Jacob Sullum noted that those features do not impact the lethality of the guns in question. Furthermore, the 1994 law “left more than 1.5 million ‘assault weapons’ in circulation.”

Despite these defects, Biden and Feinstein are likely to try a similar bill again. Feinstein is sponsoring a new bill that would ban over 200 weapons. (RELATED: FBI Stats Show Knives Kill Far More People Than Rifles In America—It’s Not Even Close)

“Assault weapons are designed for a single purpose – to kill as many people as possible in as short an amount of time as possible. That’s why they are the weapon of choice for mass shooters and domestic terrorists. They are weapons of war and do not belong in our communities. Banning these weapons will make our cities and towns safer and more secure and help to reduce gun deaths,” said Democratic Rhode Island Rep. David Cicilline, who is co-sponsoring the legislation.

Biden appeared reticent to pass gun control by executive order during the Democratic primary, imploring then-rival Kamala Harris to “be constitutional” after Harris suggested she would pass gun control orders if Congress would not legislate. However, he has since changed his tune. White House press secretary Jen Psaki announced that the president would sign a pair of executive orders on gun control, although she declined to answer specific questions on the proposals. (RELATED: House Passes Gun Control Bill Enforcing Universal Background Checks)

Biden is also pushing for an assault weapons ban similar to the one introduced by Feinstein and a new ban on high-capacity magazines. However, he may not have the votes necessary for such legislation. Democratic West Virginia Sen. Joe Manchin “doesn’t support” a background checks bill passed in the House, and is a prominent supporter of gun rights.