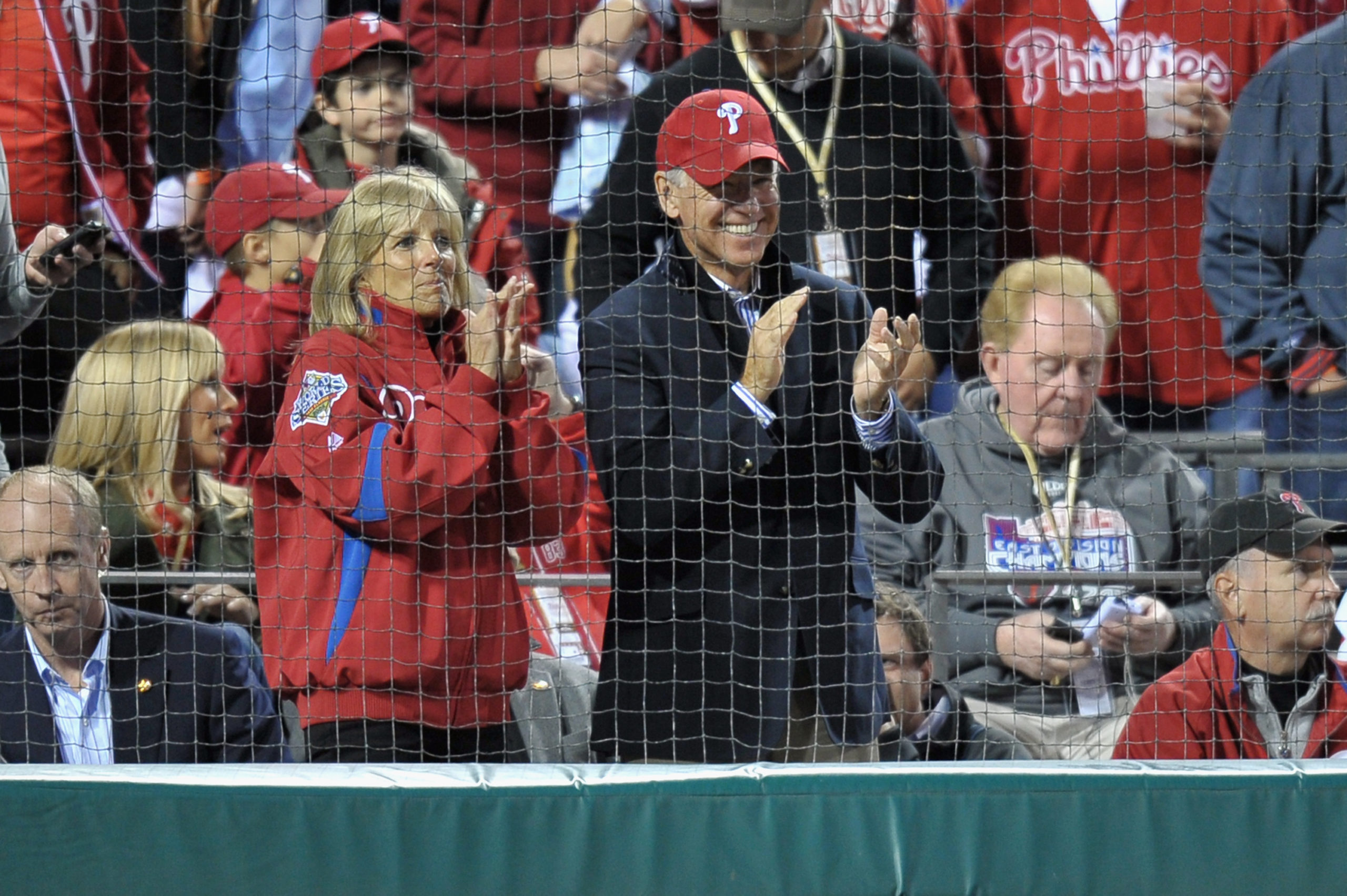 This year’s exhibition game is set to be held on July 13 at Truist Park, home of the Atlanta Braves, and preliminary reports suggest that the MLB is internally debating whether or not they should move the location. MLB Players Association executive director Tony Clark stated they have not yet had formal discussions on the topic with the league but are “aware” of Georgia’s new law and “look forward to having that conversation.”

“Look at what’s happened across the board. The very people who are victimized the most are the people who are the leaders in these various sports,” Biden said when asked about moving the game by ESPN’s Sage Steele on Wednesday. “I would strongly support them doing that. People look to them. They’re leaders.” (RELATED: Georgia’s New Voting Law — Myths And Facts)

Biden has repeatedly criticized the legislation, signed into law by Republican Georgia Gov. Brian Kemp in late March, as restricting voting access for low-income minority voters in particular, and he reiterated the claim in his interview with Steele that the measure is “Jim Crow on steroids.”

Kemp’s office referred a request for comment on Biden’s statement from Daily Caller to Kemp’s tweet on the interview from Wednesday night.

“Joe Biden hasn’t told the truth about our election integrity legislation from the beginning,” he wrote. “Georgia has a minimum of 17 early voting days, Delaware has none. Georgia has no-excuse absentee balloting, Delaware does not. Read the law. #FourPinocchios”

.@JoeBiden hasn’t told the truth about our election integrity legislation from the beginning.

Georgia has a minimum of 17 early voting days, Delaware has none. Georgia has no-excuse absentee balloting, Delaware does not.

Delta and Coca-Cola, two of the largest companies headquartered in Atlanta, have also criticized the new law.

“It is a step backwards and it does not promote principles we have stood for in Georgia around broad access to voting, around voter convenience, about ensuring election integrity – this is frankly just a step backwards,” Coke CEO James Quincey said on CNBC Wednesday. “We have said for many decades we promote within Georgia better society and better environment and this is a step backwards and our position remains the same. This legislation is wrong.” 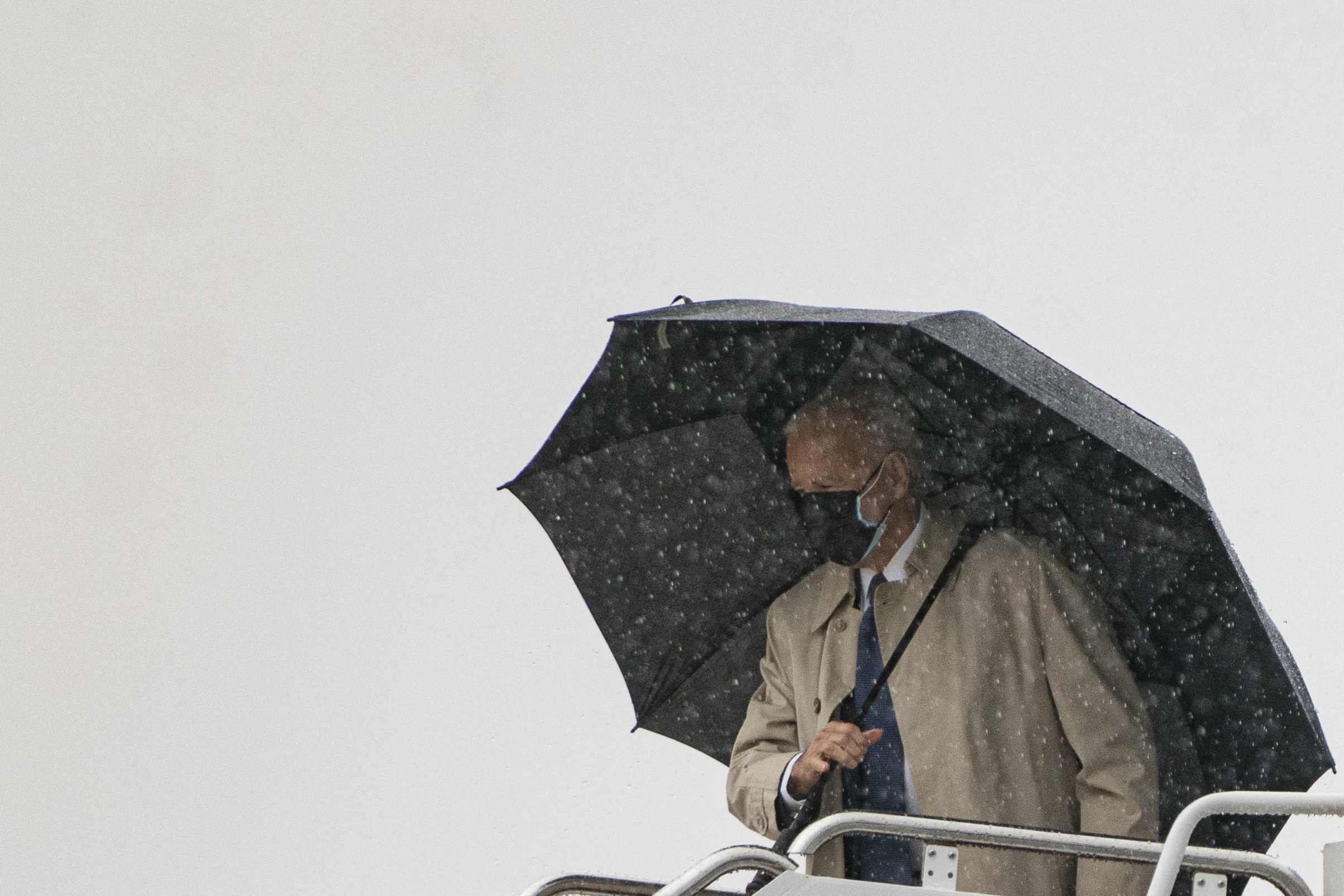 US President Joe Biden boards Air Force One in the rain at Andrews Air Force Base on March 31, 2021 in Maryland. – US President Joe Biden is traveling to Pittsburgh, Pennsylvania to deliver remarks on his economic vision for the future and the Biden-Harris administration’s plan to “Build Back Better” for the American people. (Photo by ALEX EDELMAN/AFP via Getty Images)

Delta CEO Ed Bastian wrote in a memo to employees the same day that the law is “unacceptable and does not match Delta’s values.”

Biden additionally told Steele that the Texas Rangers’ decision not to impose any limits on fan capacity at games this season is a “mistake.” Every MLB team will allow fans to attend games in 2021, but the majority have capped attendance at 50 percent or lower to meet the Centers for Disease Control and Prevention’s coronavirus mitigation guidance.

“I think it’s a mistake,” the president said of the Rangers’ decision. “They should listen to Dr. Fauci, the scientists and the experts, but I think it’s not responsible.”