President Joe Biden’s nominees for top administration posts, with a few notable exceptions, have largely sailed through their Senate confirmations. But no Biden nominee received as much bipartisan support as U.S. Trade Representative Katherine Tai.

The Senate unanimously confirmed Tai in a 98-0 vote earlier in March, with Sens. Bernie Sanders of Vermont and Mazie Hirono of Hawaii absent that day. Her remarks about import tariffs and economic relations with China could be a promising sign for conservatives as they suggest a continuation of the trade policies enacted under former President Donald Trump.

Katherine Tai, confirmed just now as U.S. trade representative, is the only Cabinet official under the Biden administration so far who was confirmed unanimously

Biden inherited multiple trade initiatives from his predecessor. The most notable include efforts to bring back U.S. manufacturing, the import tariffs levied on roughly $370 billion of Chinese consumer goods and the Phase One deal signed between the Trump administration and China.

Biden said in December he did not intend to roll back the Trump administration trade initiatives. But Tai has gone even further, suggesting during her confirmation hearing last month that Biden’s trade agenda will break with longstanding establishment consensus on trade liberalization and economic engagement with China. (RELATED: Here’s How Trump Has Already Changed Washington Forever On Trade)

“For a very long time our trade policies were based on the assumption that the more we traded with each other, and more liberalized our trade, the more peace and prosperity there would be,” Tai testified before the Senate Finance Committee.

She was referring to the international financial system created after World War II, which prioritized reducing trade barriers and integrating the world’s economy as the best way to ensure economic prosperity for all. The political establishment, including then-Sen. Joe Biden of Delaware, had committed the U.S. to this system of global free trade and open markets for decades.

Tai told senators that this approach had instead led to less prosperity for middle- and working-class Americans. She further argued the global trade system had accelerated a “race to the bottom” that negatively affected labor and environmental standards. 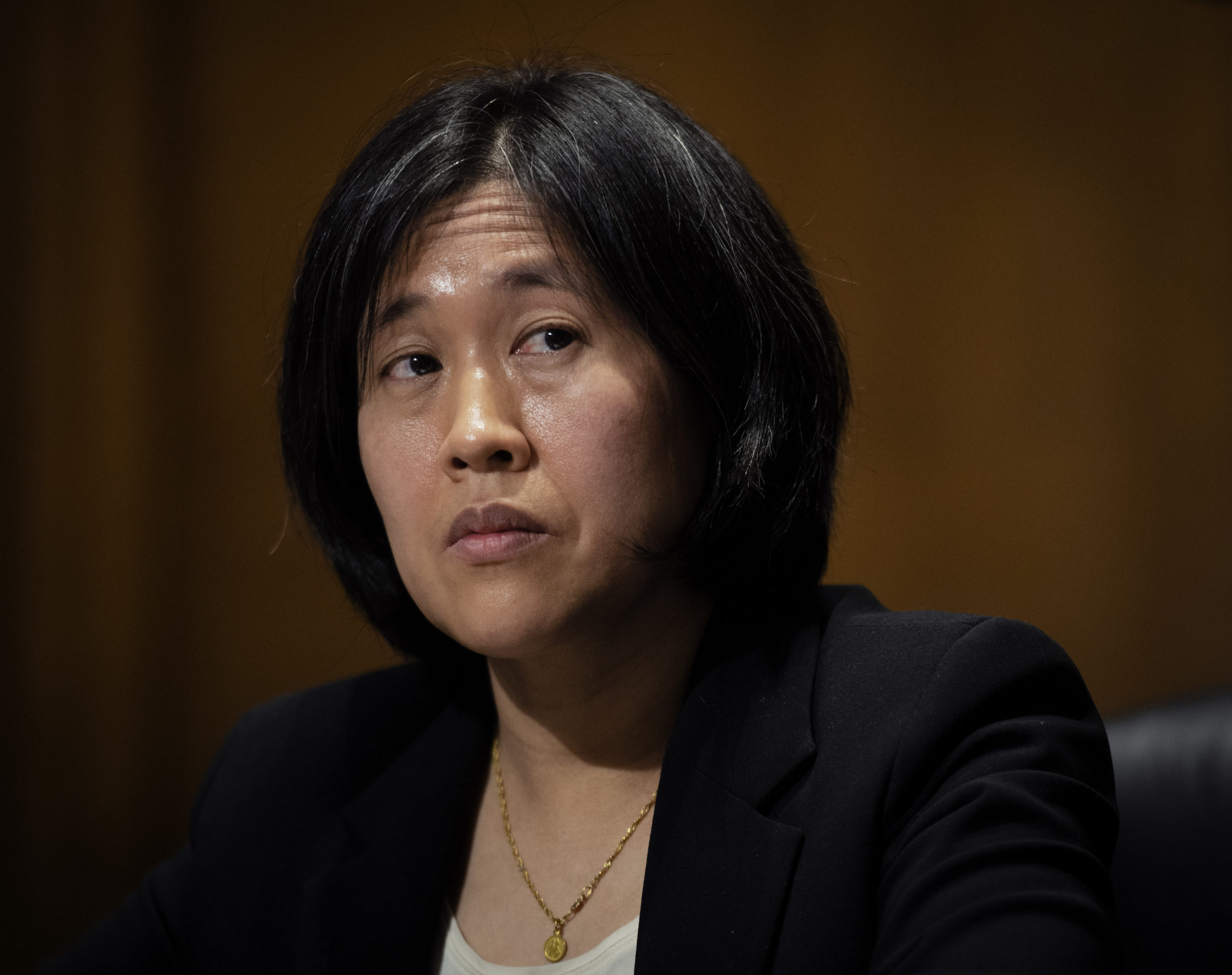 Tai also committed to a trade policy focused on workers as individuals, rather than solely as consumers. Though free trade has historically lowered prices and increased consumer choice, she argued that such metrics alone are not indicative of a healthy trade policy, and instead called for greater attention to be placed on factors like jobs and wages.

This perspective breaks with the pro-free trade establishment and buttresses concerns she expressed about China’s trade practices. Importantly, she referred to Trump’s import tariffs as a “legitimate tool in the trade toolbox” during her confirmation hearing.

Shortly before her March 17 confirmation, the Office of the U.S. Trade Representative rebuked China for its “coercive and unfair” trade practices in an annual report outlining the Biden administration’s trade agenda.

Almost all of the issues mentioned in the report were frequently cited by the Trump administration, as well. Actions taken under the former president included blocking Chinese state-owned firm Huawei from American chip-making equipment and launching a Section 301 investigation into China’s technology licensing practices. 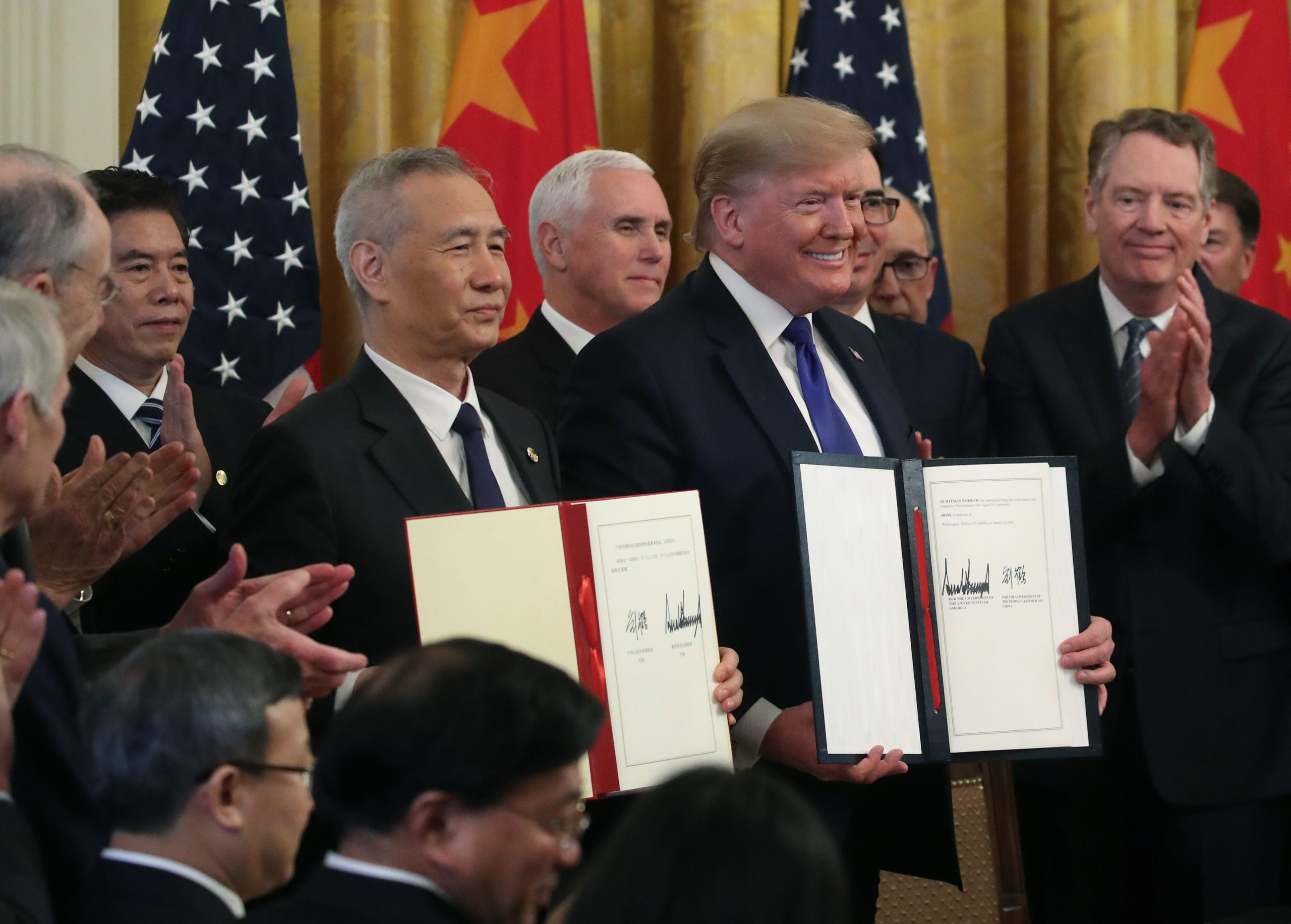 President Donald Trump and Chinese Vice Premier Liu He hold up signed agreements of phase 1 of a trade deal between the U.S. and China (Mark Wilson/Getty Images)

Jamieson Greer, who served as chief of staff to former Trade Representative Robert Lighthizer, told Reuters that he interpreted Tai’s confirmation hearing remarks and stance on China as functionally similar to the Trump administration’s stance.

In her first interview since Senate confirmation, Tai told The Wall Street Journal that the U.S. is not ready to lift import tariffs on Chinese goods. She reiterated that simply “yanking off” tariffs at this time could harm U.S. manufacturers and workers who have already adapted to the post-tariffs trade environment.

Tai also told the WSJ that keeping tariffs in place provides a tactical advantage, stating “no negotiator walks away from leverage.” The U.S.-China trade dispute is estimated to have cost China $35 billion in the first year alone and negatively impacted the Chinese renminbi, according to a United Nations report in late 2019. (RELATED: Team Biden Finally Admits Trump Was Right On One Giant, Red Issue)

Tai’s background in particular is already attracting attention on Chinese social media, according to the WSJ. She is a fluent Mandarin speaker whose family immigrated to the U.S. from Taiwan, and is the first Asian American and first minority woman to serve as trade czar. 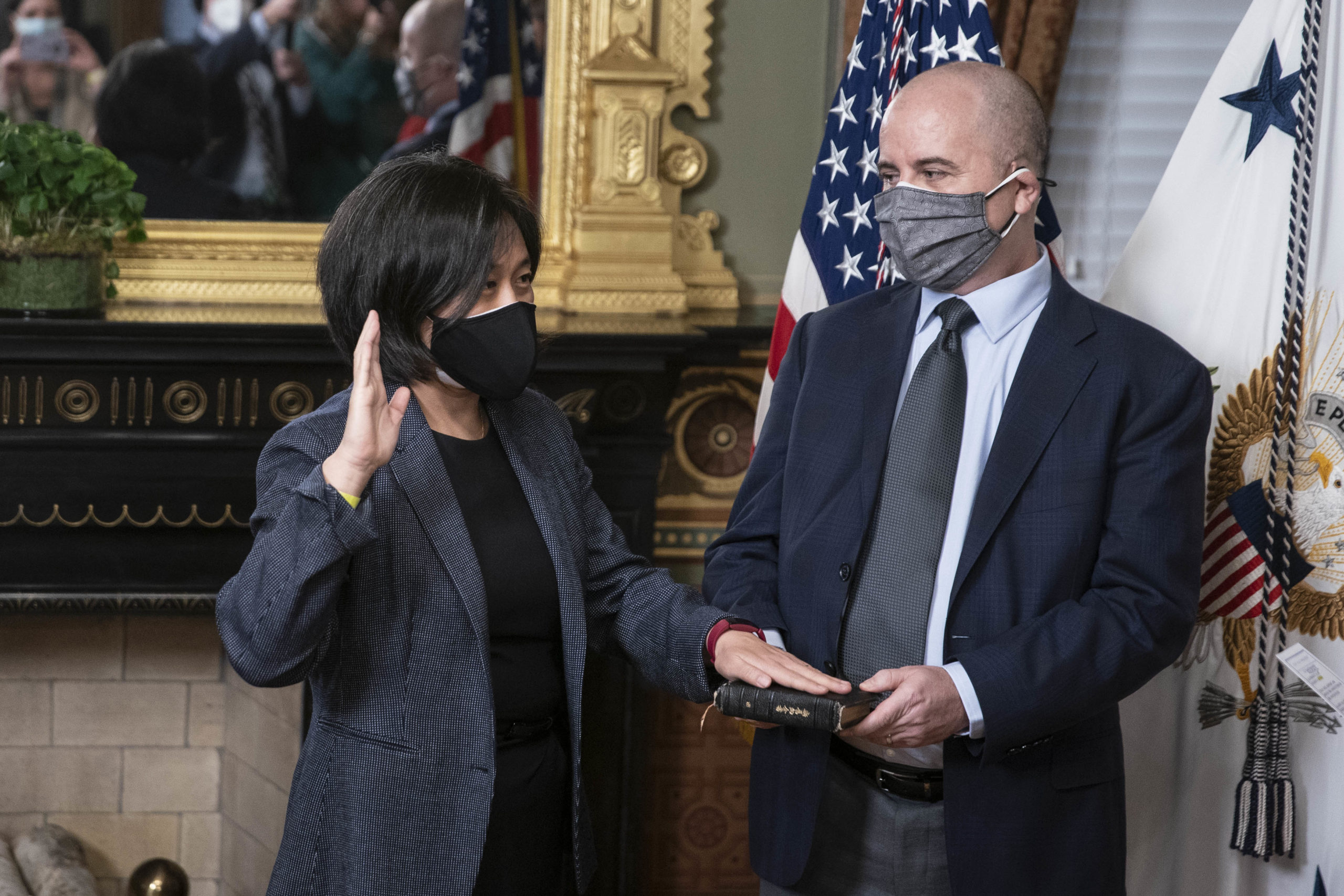 Some social media users in China have said her proficiency in Mandarin and Chinese background could make it easier for both sides to communicate policy issues and pursue negotiations. Others predicted she will turn out to be just as tough on China as Lighthizer was during the Trump era.

“This trade representative with Chinese blood has always been a woman who is not friendly to China,” one Chinese social media user said earlier in March, according to the WSJ.

There are some glaring differences, however, between the Biden and Trump administrations on trade policy. Biden’s trade agenda report indicated a greater focus on multilateral agreements and international institutions, as opposed to Trump’s preference for bilateral agreements.

The Biden administration also plans to make climate change a core part of its trade agenda, along with promoting “inclusive economic growth” and “America’s universal values,” according to the report.