In an op-ed published in National Review, Cotton slammed CRT saying it “threatens the U.S. military’s mission of defending in combat the Constitution and our way of life from enemies who would destroy and subjugate us.” Cotton said troops need to be ready to fight and, if necessary, die for each other regardless of their skin color and that CRT would negatively impact the effectiveness of troops.

“Critical race theory repudiates the principle of equality under the law that is articulated in the Declaration of Independence and that has motivated civil-rights reformers for generations. It claims that this American ideal is a sham used by the white majority to oppress racial minorities, and consequently that America is racist to its core. The theory concludes that the only way to end perceived discrimination against racial minorities is to systematically discriminate on their behalf — to fight fire with fire, so to speak,” Cotton said in the op-ed.

CRT says that America is fundamentally racist and teaches individuals to view social encounters and interactions with people in terms of race. 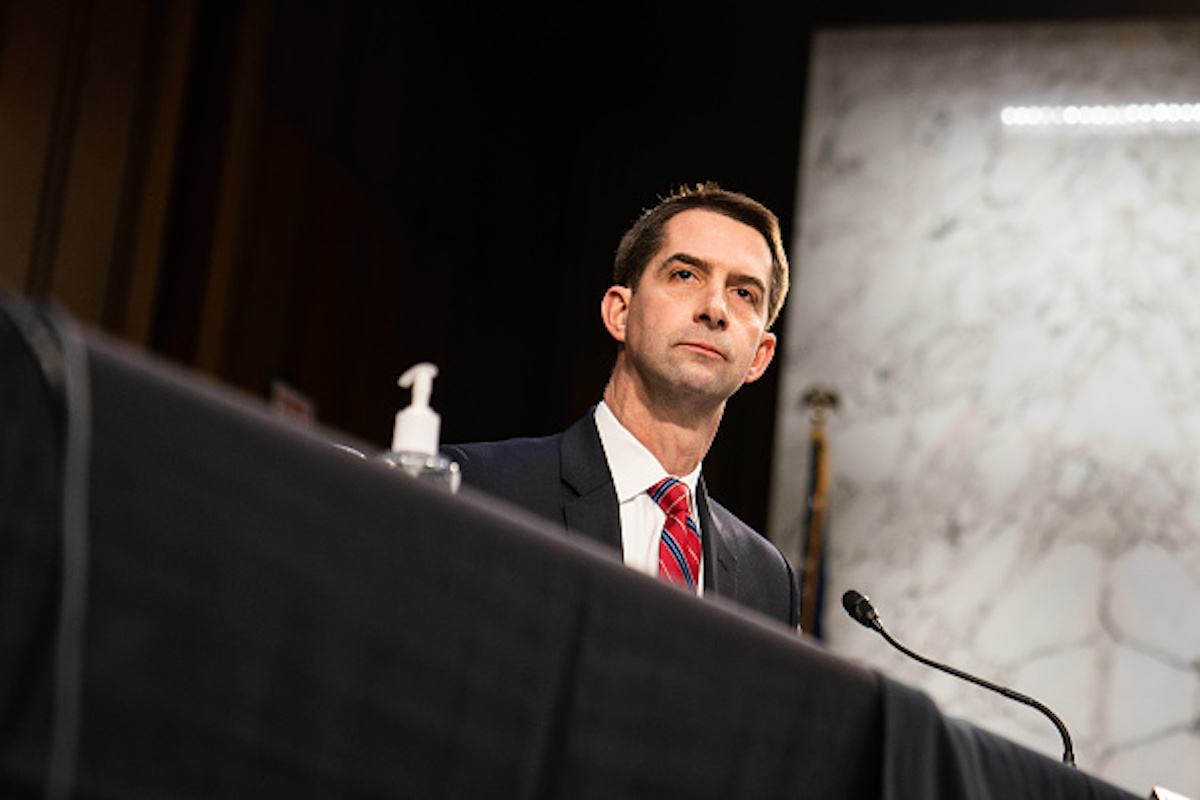 “By promoting critical race theory, the military is peddling ideological poison that will degrade the cohesion and combat effectiveness of its troops. As I learned during my tours in Iraq and Afghanistan, fighting alongside courageous soldiers of every race and background, the military’s strength is not its ‘diversity’ but its ability to weather adversity through unity,” Cotton said. (RELATED: Sen. Tom Cotton To Introduce Bill That Would Ban Critical Race Theory In The Military)

“We need to teach our young troops, as I was taught by sergeants and officers of many different races, to befriend, fight alongside, and, if necessary, die for their comrades on the battlefield — not to obsess about skin color. Likewise, we need to teach them to revere the Constitution that they swore to protect and defend — not to believe it’s part of a multigenerational racist conspiracy,” he added. (RELATED: Sen. Tom Cotton: ‘Woke Politically Correct Liberals’ Want To Cancel Robert E. Lee At West Point)

The op-ed comes one week after Cotton introduced a bill that would ban CRT trainings in the U.S. military. The “Combatting Racist Training in the Military Act of 2021,” introduced by Cotton, would ban trainings that instruct military members to believe “any race is inherently superior or inferior to any other race” and that the U.S. “is a fundamentally racist country,” according to a copy of the bill.

Prior to the bill’s prospective introduction, Chief of Naval Operations Adm. Michael Gilday announced that “How To Be An Antiracist” would not be removed from the U.S. Navy reading list despite criticism from Republican lawmakers.